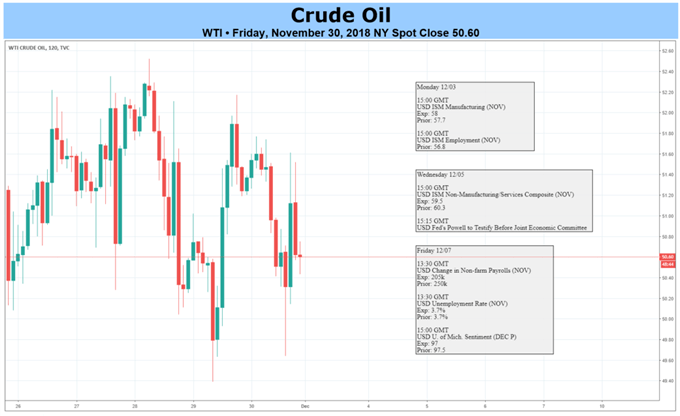 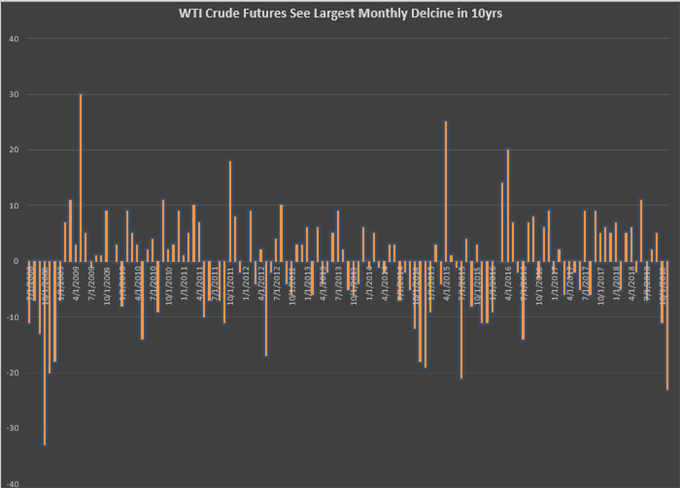 Where do we start? In the first week of October, WTI crude oil traded to a four year high at $76.80/bbl. Before trading closed on November, WTI fell below $50/bbl with November seeing WTI fall by the most in a month in ten years.

Add to the sharp drop that the global data narrative is shifting to slower growth, debt downgrades of previous stalwarts in the BBB-class and the crude futures market has seen a sharp shift into contango where the front-month Brent contract is now trading at an increasingly steep discount to later-dated contracts. Two months ago, this was not the case at the front part of the curve. 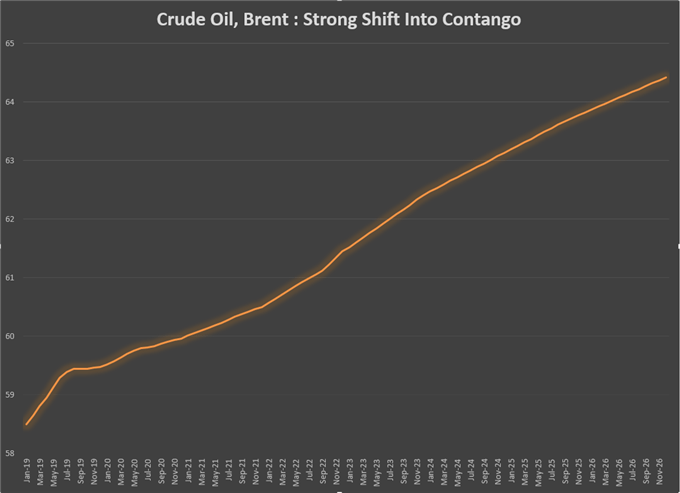 Will OPEC Save The Day Or Muddy The Waters? 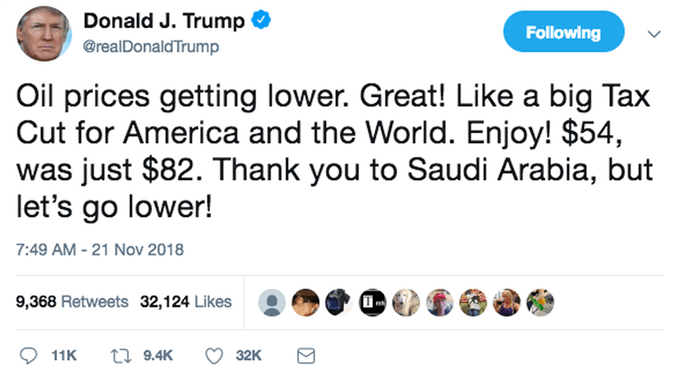 Next week will see OPEC+, which includes OPEC’s 13 members and strategic alliances like Russia to discuss whether to double down on production curbs or keep pumping to keep US President Trump happy who has ‘demanded’ lower prices.

Late last week, Russia said that the current system is working well, which seems to pour cold water on the theory that Russia would formally join OPEC to support the cartel’s interest in the oil market. Naturally, will take place after the G20 meeting in Buenos Aires, Argentina where the three key variables in all this in Donald Trump, Mohammed bin Salman, & Vladimir Putin will be though no formal talks will be held on them there. However, the outcome of the G20 with Trump & Xi’s dinner may influence the ton and decision on December 6.

Technical Analysis Shows Crude May Have Topped in Early October

Lower for longer is not a happy phrase in commodities. The longer-term chart above however, seems to favour that argument with weekly MACD divergence now having given way to the sharpest monthly drop in ten years and has since broken below a trendline from the 2016 and 2017 lows in aggressive fashion.

The weekly chart above shows that the 2016 to 2018 rally has likely been a bear market multi-year rally, and the trendline break may have set the table technically for a move toward the lower $40-barrel zone that was supported in 2016/2017, but the overall target may be lower still.

Short-term resistance sits at $52.80, which is a polarity point (support turned into resistance) over the last few weeks. A break and close on the daily settlement above there would favour that a larger reprieve could be in store, but the next key resistance would likely be $58/bbl that is the trendline resistance point.