Corporate Debt Demand Spikes to Four-Month High Amid US Elections

A politically dominated week came to a close Friday as equities etched out a notable climb during the period. The high-flying NASDAQ was the laggard of the US indices, only marginally higher at +0.68% versus +2.13% and +2.84% for the S&P 500 and Dow respectively. One particularly active area this week was high yield corporate debt. 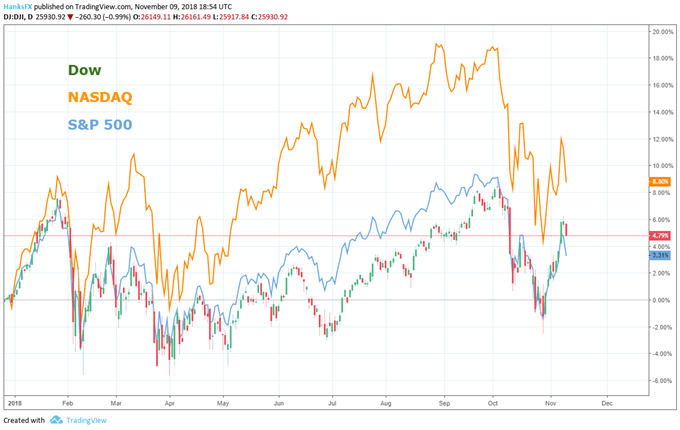 The HYG ETF which provides exposure to high yield corporate debt saw its best week in terms of inflows since early July. In total, the fund gained $1.2 billion in fresh capital as political uncertainty vanished and investors could be confident in the regulatory landscape. A split chamber will allow tax cuts to stay in place and the bipartisan support for the Trump administration’s trade war will ensure it stays the course, at least for the near future.

Further, the Federal Reserve did not issue a rate hike this week. The unchanged rate will maintain the status quo for risk premium offered by the corporate debt up until December’s decision where they are favored to hike. 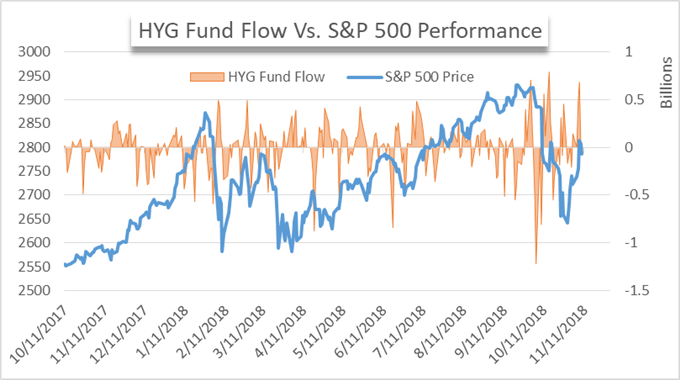 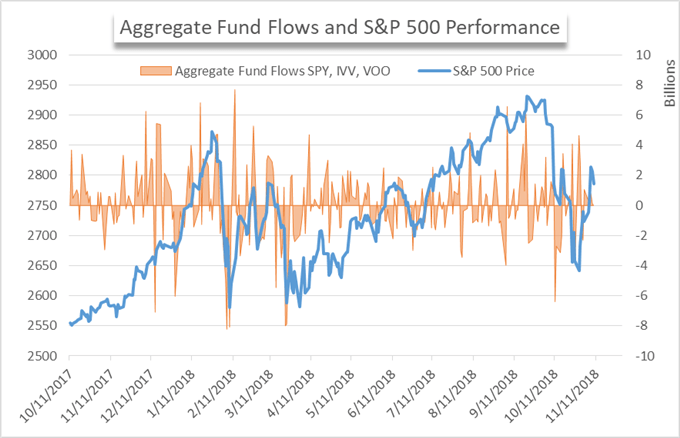 The three index tracking ETF’s saw minimal movement this week even as equities pressed higher. In total they enjoyed $2.2 billion in inflows and lacked any notable outliers. Another contributing factor to the lackluster flows is the mixed sentiment regarding earnings season. To this point earnings have been very mixed and FANG remains troubled which has seemingly resulted in relatively

View our Economic Calendar for data releases due this week and next.

Next week has a fairly light economic calendar with the exception of various GDP figures so trade wars, Brexit and the Italian budget situation will likely be the dominant risk themes.