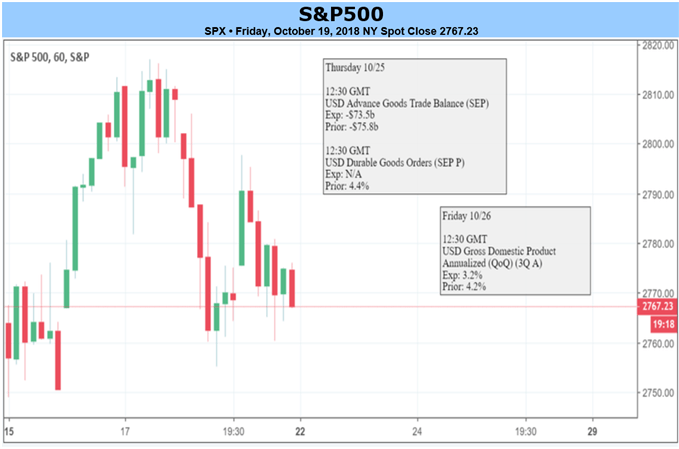 Thus far, October has seen global equities falter. Dramatic intraday price swings and a shifting backdrop have resulted in higher volatility and investors have been left to question which themes will rule. In a broad sense, the two themes facing equities have been geopolitical tension and a robust earnings season.

On the bearish side, markets have had to cope with tense political discourse in regards to Saudi Arabia, Italy’s budgetary woes and an underwhelming EU-Summit on Brexit. While the latter has been concluded and talks will progress in the future, the other two conflicts are still very much at play. Most notably, investors and speculators should be concerned about the integrity of the European Union and the wider consequences if a deal cannot be brokered between Italy and officials in Brussels.

To gain more insight to how we use sentiment to power our trading, join us for our weekly Trading Sentiment webinar.

While bearish overtones have dominated headlines so far, momentum is building on the bullish side as earnings season progresses. In the past week robust earnings from Netflix, which saw its shares jump 10%, has been one of the more notable corporations to deliver strong quarterly earnings. As earnings season continues and other FANG members offer their reports a risk-on attitude could grip equities as investors become more optimistic. Still, investors will need stellar performances before buying into the idea of a full-scale rebound.

As discussed above, domestic indices have been troubled by the broader political tensions facing markets. Still, with Brexit negotiations temporarily in the wings and a golden opportunity in Amazon’s earnings next week, a strong performance is not completely out of the question. 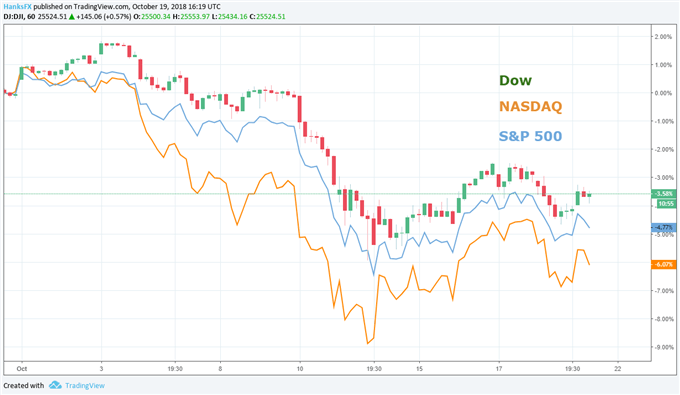 Looking across the pond, the FTSE100 has one less piece of event risk as the EU-Summit fades to the past. Unfortunately the larger risk, a Brexit deal or no deal, still remains at play. With that in mind, any Brexit news will likely be the driving force behind the FTSE100’s performance but will continue to take cues from other markets like the German DAX. 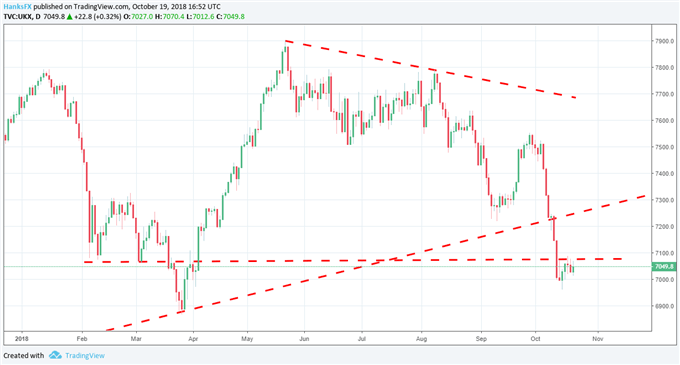 The German DAX will look to the EU’s negotiations with Italy regarding budgetary issues as its main instigator. Similarly, it will continue to roughly track other markets but a breakdown in EU stability could adversely impact the DAX more than the other indices I have discussed.

In the EU specifically, the FTSE MIB will be impacted the most from the discussion. Any sign that Italy may leave the EU or suffer sanctions would be disastrous for the Italian equity index. 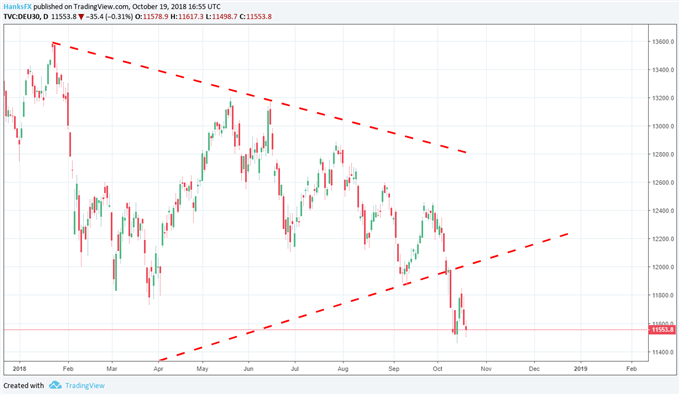 Further, US President Donald Trump recently stated his intentions to restart trade negotiations with the EU. Any indication that those talks may sour would be a significant bearish development for the DAX and European equities as a whole. Should auto tariffs enter the discussion, expect the DAX to come under intense pressure as German corporations produce a significant number of autos for sale in the United States. Also this week, President Trump expressed his intention to restart trade negotiations with Japan. 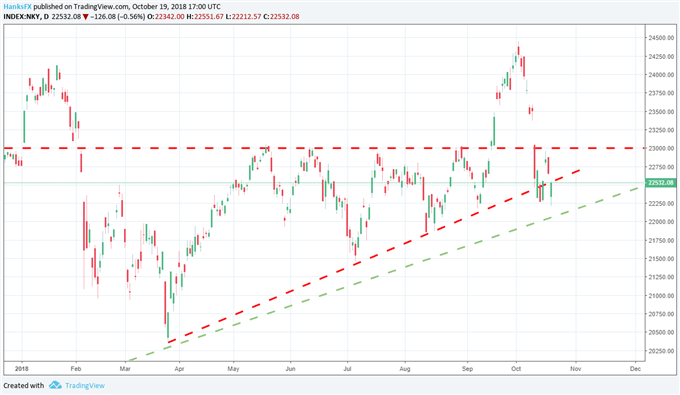 The Japanese Nikkei 225 is another equity index that is significantly dependent on auto manufacturing and exports. If trade negotiations breakdown, expect the Nikkei to be pressured. While a possibility, markets would likely have some early indication that talks were set to breakdown.

With that in mind, the immediate driving factor for the Nikkei will likely be global equity sentiment. In October’s equity rout the Nikkei has been one of the better performing indices likely because it is more removed from the geopolitical issues in Saudi Arabia, the EU, and regarding Brexit.

Thursday delivered disappointing CPI figures for Japan, suggesting the ultra-dovish Bank of Japan will not move to raise interest rates anytime soon. That being said, borrowing will remain inexpensive and remain a constant tailwind for the Japanese equity market.

Looking to next week’s economic calendar, there are very few events that are likely to generate significant equity price action. US Advance goods trade balance and GDP on Thursday and Friday will be the drivers data-wise.

With such a sparse calendar, corporate earnings will continue to carry significant weight as well as developments in the ongoing political predicaments. With the same themes that controlled this week’s trading poised to control next week’s, the fundamental forecast for equities is mixed.

Gold Forecast - Awaiting Decisive Breakout with Eyes on US GDP