US Sanctions Against Iran May Spark 1970s-Style Oil Crisis Fears

The Trump administration’s trade wars and economic nationalism have caused severe volatility for most of 2018. The White House also withdrew from the 2015 multilateral Iran nuclear deal – known as the Joint Comprehensive Plan of Action – in May, and has re-imposed sanctions. The most devastating will be an oil embargo that is scheduled to be take effect on November 4th.

In the 1970’s, the US imposed an oil embargo against Iran that led to a surge in prices. The jump in energy costs radically affected markets. The US – which at the time was coming on the heels of massive public spending programs– had its inflationary pressure skyrocket.

The administration’s public spending agenda, coupled with the sanctions against Iran, echo a dangerously similar narrative the world saw 39 years ago.

In 1979 – amid the turmoil of the Iranian Revolution – political radicals stormed the US Embassy and took 52 Americans hostage. In response, US President Jimmy Carter froze billions of dollars’ worth of Iranian assets in the United States and enforced an oil embargo.

The decrease in oil exports – adding to growing fears of further disruptions – caused prices to climb. Adjusted for inflation, the price per barrel stood at around $55 in 1978. In 1979, the cost skyrocketed to $97 and peaked at $122 in 1980. In 1981, the hostages were released and the price began to fall. 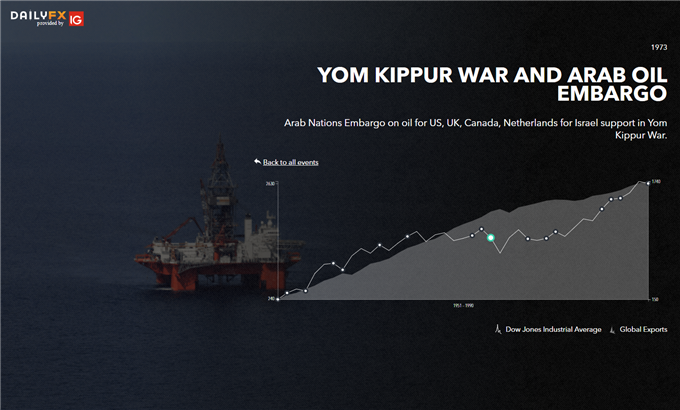 Some economists and historians argue that “precautionary demand” was an influential contributing factor to the increased cost of oil. This same fear may be rearing its ugly ahead again today.

After unilaterally pulling out of the nuclear deal – due to allegations that Iran was not cooperating with the International Atomic Agency – the Trump administration hit Tehran with two waves of sanctions. The first included a ban on any transactions involving the US Dollar, gold, precious metals, aluminum, steel, commercial passenger aircraft and coal. The White House has also banned imports of Iranian carpets and foodstuffs.

The second wave will be the oil embargo. Trump warned that anybody who conducted business in the Iranian market would face “severe consequences”. The ban requires that all importers have to immediately cut off their supply from Iran by November 4th. Any countries that violate the ban face the possibility of sanctions. The EU responded by pledging to protect European firms by activating a blocking statute established in 1996. It allows European businesses to operate under US sanctions without incurring any penalties.

The EU’s defiance to the US adds to the growing tension between allies amid the escalating trade wars. The sanctions also empower hardliners in the Iranian government. This makes the possibility of repairing relations and easing international tension much more difficult.

If the US imposes sanctions or tariffs against the EU for conducting business with Iran, they will almost certainly retaliate. In that event, sentiment-linked assets are likely to suffer and anti-risk currencies like the Japanese Yen or Swiss Franc will probably rise. 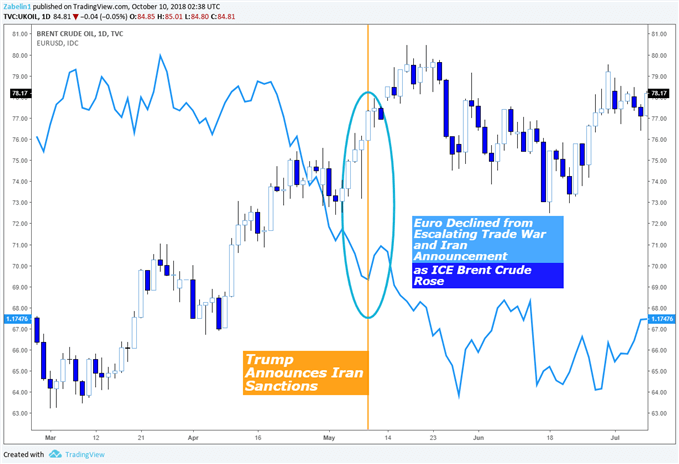 Crude oil has reached a four-year high, with the Brent benchmark trading at around $84/barrel. Rising prices are damaging for net importers in emerging markets. If Trump digs his heels in and commits to limiting Iran’s oil exports, emerging markets are likely to suffer.

See our crude oil trading guide and get helpful tips to use in your own strategy! 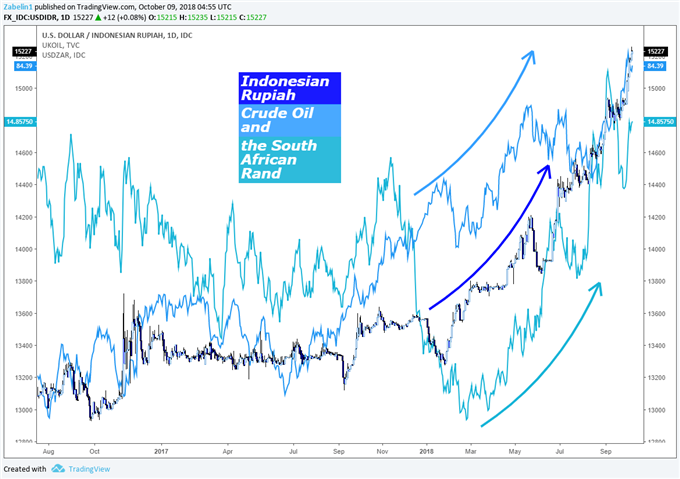