The first week of October delivered a considerable amount of volatility to markets. ETF flows revealed investors ditched long-term US treasury holdings and allocated their capital to exchange traded funds with exposure to US indices like the S&P 500, Dow, and NASDAQ. 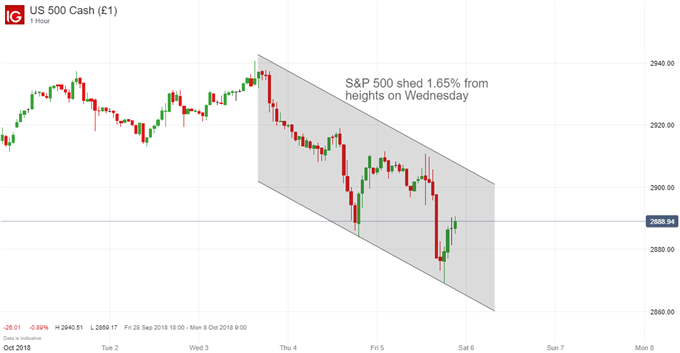 Since touching record heights on Wednesday, the S&P 500 found itself in trouble as the weekend approached. At the expense of equity bulls, a surprising rise in bond yields sent the major indexes lower. Typically, rising yields would suggest a ‘risk-on’ sentiment in the market sending equities higher. However, index pricing did not reflect this hypothesis. 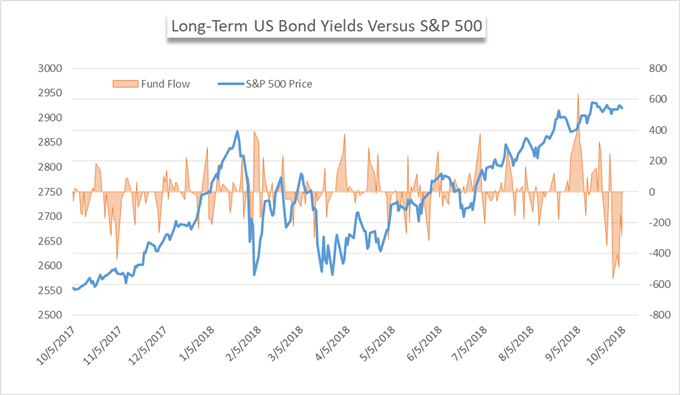 The chart above showcases days of consecutive outflows at a notable level. Since September 28th, each day saw funds leave TLT. In total, over $1.5 billion has exited the fund. Although this particular ETF does not reflect the whole treasury market, it is a useful barometer of sentiment. The bond sell-off unsurprisingly sent yields higher as demand slipped. Subsequently, the 10-year treasury yield hit 3.24%, the highest level in seven years. 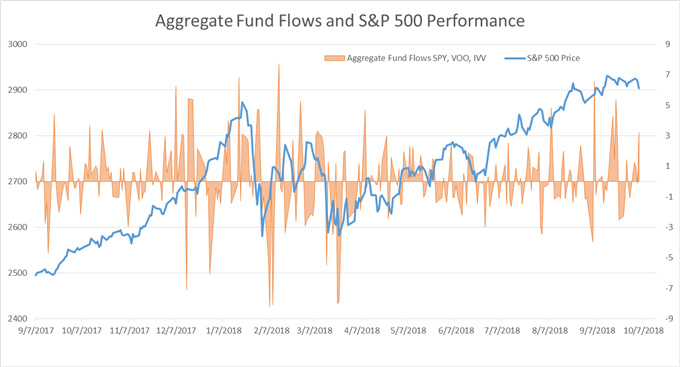 Looking to our usual weekly fund flow chart, the drop in equities does not seem to have impacted demand. During the same time period bonds were selling off, aggregate fund flows totaled $4.2 billion. The inflows are likely investors attempting to ‘buy the dip’ as they infer bullish sentiment from rising bond yields. Such an inference would not be misguided, given data released Friday revealed the lowest unemployment rate since 1969 and Wednesday saw the quickest growth in the service sector ever.

At this time however, the typical correlation has not appeared so investors eager for return may find themselves troubled next week if market trends remain disjointed. Further, investors could be left without clarification next week given a pretty sparse economic calendar until Thursday’s US CPI and Friday’s University of Michigan sentiment report.