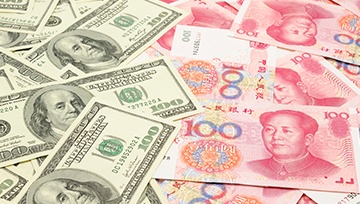 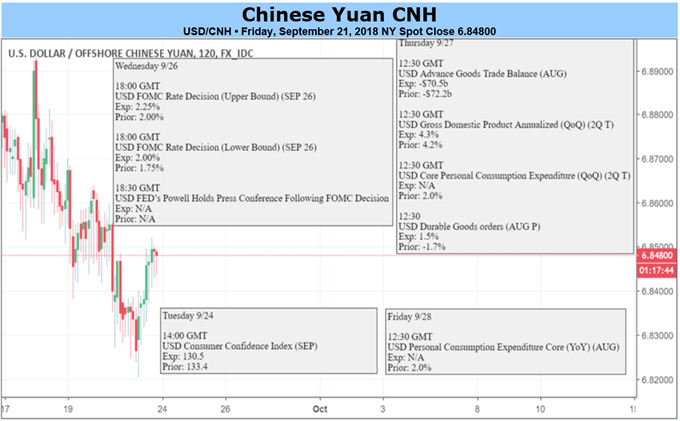 The offshore Chinese Yuan gained against the U.S. Dollar this week after three consecutive losses. Yet, it lost to most of the rest major currencies, except the GBP and the JPY. Looking forward, a primary risk for the USD/CNH will be from the September FOMC meeting; China’s Central Bank (PBOC) has introduced a measure that could help to buffer the effect. In addition, the US-China trade war will continue to be in the spotlight and the conflicts between the two countries seem to have expanded to a broader scope.

PBOC announced on Thursday that it will issue central bank bills, a tool that the regulator could use to manage Yuan liquidity, in its largest offshore market - Hong Kong. The move indicates that China’s Central Bank is seeking to increase influence on the offshore Yuan, beyond the use of existing tools, such as the daily reference rate. With central bank bills, the regulator can impact the offshore Yuan liquidity directly.

Also, the timing of this release sends a signal that the regulator may want to continue to stabilize the Yuan. Next week, the U.S. Federal Reserve will release the September rate decision, which is widely expected to hike 0.25%, with a 100% probability based on the Fed funds rate. More importantly, the Fed will update the dot-plot outlook on interest rates, revealing members’ view on the future rates. While the USD/CNH is close to critical psychological levels, market sentiment driven by Fed could lead to a breakout.

What the Chinese regulator is trying to avoid is massive selling driven by market sentiment, which could emerge following the Fed rate decision. Besides, China’s onshore market will be closed for a 7-day holiday from September 29th. During then, no daily Yuan reference rate will be released to guide the market. This limits PBOC’s influence through regular tools, and thus a new measure of the central bank bills will help.

This week, the trade war has escalated with both US and China launching new tariffs against each other: The US told it would begin to charge tariffs on additional $200 billion Chinese goods from September 24. As a retaliation, China announced to impose tariffs on $60 billion American goods. Then, Trump responded further that the US could kick in tariffs on another $257 billion Chinese products (it was mentioned before as $267 billion).

In the coming days, the two sides seem to resume the trade talks as planned, as no cancellation was reported based on China Commerce Ministry’s press conference on Thursday. However, the prospects of any significant progress will be achieved continue to dim. In terms of the impact, the escalated trade battles will eventually and inevitably hurt the Chinese economy and thus could add bearish pressure on the Yuan. At the same time, China’s Premier Li Keqiang vowed that China will not pursue a currency devaluation policy to stimulus exports.

Besides the trade war, there are rising concerns on the expanded scope of conflicts between the US and China. On Thursday, the US imposed sanctions on China because of Chinese purchases of Russian military equipment. China’s Foreign Affairs Ministry responded with strong words that “the US action has seriously damaged the relations” and it will “have to bear the consequences”.This new conflict could add difficulties for the two to solve the existing trade disputes which are already complicated. 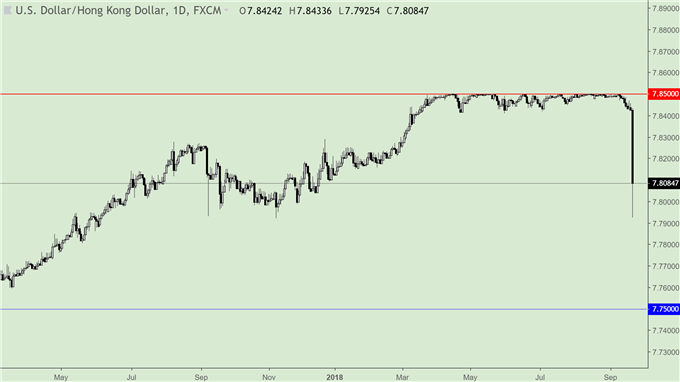 Also, Hong Kong’s commercial banks began to increase interest rates ahead of the FOMC meeting. HSBC, one of the three commercial banks with HKMA’s licence to issue banknotes of HKD (basically the money), raised deposit rates on September 20th. This helped to support the HKD as well. The other two authorized banks are Standard Chartered (Hong Kong) and Bank of China (Hong Kong). If these two banks and HKMA raise rates in the coming week, it could further support the HKD.