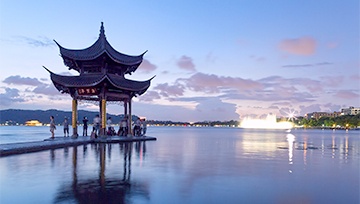 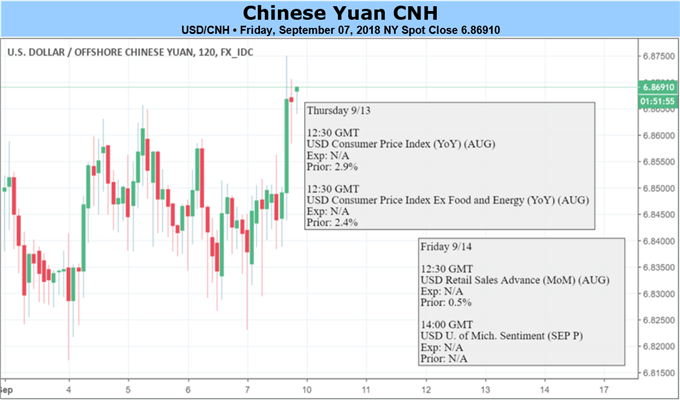 The Chinese Yuan extended losses against the U.S. Dollar for the second week, though the USD/CNH failed to break above 6.90, a key level that that both the market and Chinese regulators are watching. Also, the Yuan gained against most of other major currencies, except the CHF. Looking forward, China will have a heavy economic calendar, which could have the Yuan bear increasing event risks. At the same time, the development of US-China trade war, as well as the PBOC’s guidance will continue to be top drivers to the Chinese currency.

On the supply side, Chinese production saw some consolidations. The official manufacturing PMI expanded at a slightly faster pace in August, to 51.3 from 51.2 in July; Caixin manufacturing PMI grew at a slower rate of 50.6 in August, though remained in the expansion territory (above 50). However, an in-depth look shows that new orders, one of the five components of the PMI indices, has dropped to the contraction territory and indicates a weak demand. This hints that despite of some improvements, China still faces a considerable amount of challenges, which may drag down the economic growth over the following months.

On the demand side, more evidence shows that sentiment is still weak. China’s Retail Sales hit a 15-year low level of 8.5%; it improved in June but slowed down in July once again, signalling consumers’ lack of confidence in spending. Chinese tend to increase saving when they are concerned about the economic outlook. The August print to be released next Friday is expected to stay unchanged at 8.8% according to Bloomberg, still close to the bottom.

Fixed Assets Investments, also to be released on Friday, fell to an 18-year low of 5.5% in July. The gauge saw an increasing correlation with China’s GDP in recent years and thus become important. In specific, investment in infrastructure, a component mostly driven by the government, has been plunging. It dropped from the record high of 27.3% in February 2017 (since it was quoted in 2014) to 5.7% in July. This hints at limitation of China using fiscal policy to stimulate the economy.

As China has imported less from the U.S and held a trade surplus, it can no longer simply place a tic-for-tat tariff on the same amount of US goods as before. Possible counterattacks include increasing the tariff rates on existing goods or tightening industry policy on American firms. Yet, the latter may trigger a new round of bad consequences, from US launching additional retaliation on Chinese firms, to China hurting its own long-term plan of opening up the domestic market. How China will respond next will be a key thing to watch.

The Yuan will bear the pressure from the above-mentioned internal and external difficulties. At the same time, whether it can break below the critical levels (USD/CNH break above) will still need a say from the PBOC. The daily reference rate set by the regulator was held stable around 6.82 over the past week.

Trump’s comments on Friday has sent the Yuan lower, with the USD/CNH touching 6.8750. The daily fixing on Monday will reveal the PBOC’s view on the Yuan, taking into account this new threat. Keep in mind that with the resumed counter-cyclical factor, the Chinese regulator is able to continue to support the Yuan against market sentiment when it sees the necessity.