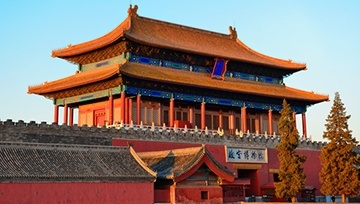 China's Debt Mountain Could Roil Markets As 2018 Bows Out

It is never hard to spot potential clouds on the economic horizon but the present moment seems, perhaps, especially gloomy. There are those seemingly endless clashes between the US and just about everyone on the subject of trade, with the previous, globalist settlement stalled if not in full reverse.

Then there are the effects of rising US interest rates on the emerging markets, with Turkey the first to crumble aided, admittedly by its own economic mismanagement. It is unlikely to be the last. Throw in the possibility that the world economic cycle has peaked, uncertainties over Brexit and worries about what will happen when the European Central Bank stops backstopping Eurozone debt markets and the economic world starts to look, perhaps, nearly as scary as it did when financial crisis hit.

And we haven’t even got to what, in many quarters, is seen as the darkest cloud of them all: China’s ballooning debts.

The Reserve Bank of Australia, the Japanese government and the International Monetary Fund have all been warning at increasing volume about the perils of this huge pile of IOUs. Indeed back in May the RBA called the rapid increase in debt within China’s financial system ‘among the largest risks the Australian economy is facing.’ Considering all the other risks the Australian economy is facing that’s quite a statement. The IMF has flagged Chinese debt as a risk to world financial stability.

Beijing’s efforts to stoke growth have seen an unwillingness to let struggling firms go under. That is part of the reason why Chinese corporate debt now approaches 170% of Gross Domestic Product, with overall debt above 250%. Corporate debt surged thanks to neo-Keynesian infrastructure projects funded by Beijing’s half-trillion-dollar post-crisis stimulus program. By some estimates, state-run enterprises now account for 80% of all the cash owed by Chinese firms.

DEBT BULDUP HAS BEEN EXTREMELY RAPID

These are not unprecedented levels in absolute terms. But, the speed with which this debt built up has been completely new- matching what took the developed economies decades or centuries to amass in a few short years. Moreover, the IMF has identified 43 historic credit booms in which the debt/GDP ratio rose by more than 30 percentage points in five years. All but five ended with a significant slowdown, a financial crisis or both for the country involved, it said. So China’s odds of getting out unscathed are not good

Worse, perhaps, businesses in industries such as steel- which suffer from supply gluts- have some of the heaviest burdens. China’s ‘shadow banking system has allowed risky propositions to raise funds which traditional banks might not have made available.

When it comes to dealing with this debt. China is in a bind. It has made efforts to curb borrowing but it knows well that too much of that will see growth wilt too. And its 6.5% target for economic expansion is already the lowest for more than twenty years. The economy has held up reasonably well this year (perhaps suspiciously so) but the economic numbers for the year’s second half are now trickling in and some of them have been worryingly weak.

There would never be a good time for trade dispute with the US, but given all of the above now looks like the worst possible moment too. For all Beijing’s ire on the subject, it needs this spat to go away, preferably yesterday.

For currency investors China’s debt currently glowers as a looming potential risk, probably consigned to their mental in-trays as they deal with more pressing world events. This could well change especially if the second half of this year brings more concrete signs that Chinese growth is idling.

The immediate effect of any such signs will probably be to boost demand for haven currencies, pre-eminently the Japanese Yen and US Dollar. The going will consequently become much tougher for the growth-linked commodity units, with the Australian Dollar likely to see the most pressure thanks to its home nation’s huge raw material export links to China.

Chinese economic data have not been big currency movers so far this year. That could well be about to change.