The Japanese Yen and the Australian Dollar have both struggled this year against their US rival, largely for the very simple reason that interest rate comparisons really don’t favor them. 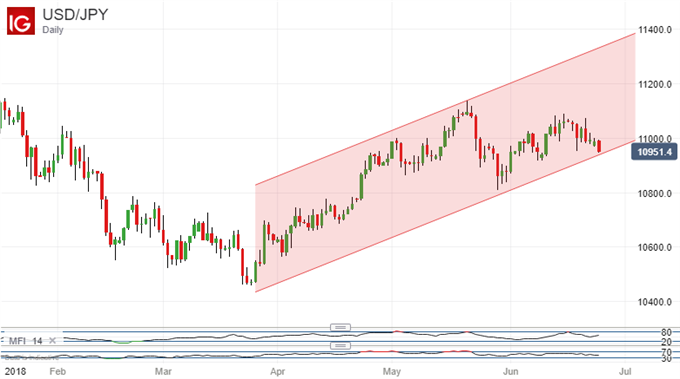 The US Federal Reserve’s key interest rates have risen markedly from their post-crisis lows. Moreover, they seem set to rise further, possibly much further if the economic numbers allow. By contrast, the Bank of Japan remains wedded to massive economic stimulus- negative rates, quantitative easing, yield-curve control and all. The Reserve Bank of Australia’s Official Cash rate is still at 1.50%, a record low and the longest unchanged interest rate in the country’s history. No changes are fully-priced into rate futures markets until the end of 2019. No wonder, perhaps then, that the poor old Aussie Dollar should be struggling.

The problem for both Asia Pacific economies is, of course inflation; the lack of it, to be specific. While neither country is performing especially badly, particularly on the employment front, pricing power remains stubbornly absent.

Japanese consumer price inflation got up to 1.5% in February of this year. That was a near three-year high and the sight of it raised hopes that the BoJ’s 2% target might be within reach. However, it has decelerated markedly since and stood at a mere 0.7% annualized. Not much to show for all that stimulus.

Australia’s inflation predicament is not as severe, but it’s notable nonetheless. Annualized CPI was last seen rising at 1.9%. That may be only a whisker below the RBA’s 2-3% target band, but inflation has now been below that for most of the last four years.

So, we have two central banks who just can’t seem to hit their inflation targets, with price expectations correspondingly low. This month, both have decided that this is not entirely their fault. In the past few weeks we have heard both the RBA and the BOJ plead with employers in their countries to raise wages.

Both have said that they would like to see pay rises of 3% or more, to boost spending and perhaps get prices moving that way.

However, given that wage settlements are a function of the very inflation both the RBA and BOJ have so conspicuously failed to engineer, it seems doubtful that employers will feel duty bound to pay much attention. Indeed, they may not be able to. What corporate board will want to stand before its shareholders and say it has award pay rises in excess of 3% when the cost of living is only rising by 0.7%, as it currently is in Japan?

The latest wage data are certainly not encouraging. Japan’s total cash earnings grew by 0.8% on the year in April. Australian wage settlements are punchier but, even there, are running at 2.1%, well below the 3%-plus which the RBA would like to see.

In future, it will probably pay investors in both the Japanese Yen and the Australian Dollar to keep almost as close an eye on these numbers as they do on the official inflation rate. Signs that central bank pleas are going unheard are likely to further-undermine the already very shaky interest rate differential case for both currencies as we move into 2018’s second half.