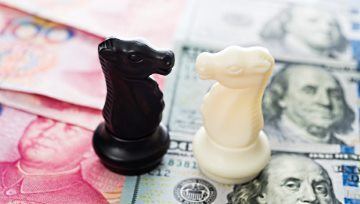 US-China Trade War: An Inevitable Conflict and The Impact on Equities, FX

China vs USA: The Rising Competitor to the US economy

The United States’ trade deficit to China no longer seems the top issue in the trade war: A deal for an additional $70 billion in Chinese purchases of US goods was reached after rounds of bilateral negations in May and June. Yet, that didn’t stop US President Trump from abandoning the deal.

What perhaps matters more is the competition in technology, specifically high-tech industries. The United States’ complaints regarding China’s intellectual property rights and “Made in China 2025” industry policy are all about this. Most of these disputes have existed since the US and China began their trade relationship in earnest. However, US-China relations have changed over the past three years, and this led to the inevitable eruption of the trade war.

In 2015, the United States’ national strategy towards China was cooperation, and “the scope of [such] cooperation was unprecedented”. This is noted in the National Security Strategy of that year. In the 2017 report, however, China had been moved to the competitor category: “the US must compete” against it and “compete with all tools”.

For China, it can no longer rely on high growth rates that it enjoyed for decades; the need for industrial upgrading and developing new momentum, such as high-technologies, has become inevitable. In 2017, China announced it had shifted emphasis on quality over speed for economic growth. The Chinese government will support innovations and technologies industries further, as well as promoting the “Made in China 2025” plan.

A simple analogy of the conflict: when person A sells cell phones to person B and buys shoes from B, both are happy. Yet, when B begins to sell cell phones as well, competition results. For both the U.S. and China, the competition in technology is inevitable as it has become a core interest to both. Thus results the trade “war” we have seen.

The Most Likely Outcome of The Trade War

The US and China will both pay a cost in the trade war to fight for the core interest:

US: delaying its major competitor’s development in high-technologies while a lot of its own agriculture, aquatic products and some technology products will suffer tariffs.

China: facing greater challenges to develop its high-tech industries; other industries feel the impact as well due to tariffs and declines in demand; yet, it is able to maintain its long-term growth strategy.

Below is a summary of the United States’ and China’s respective targets for $50 billion in tariffs against each other. Chinese metals, machinery and electrical products are top US targets; US agricultural products are China’s targets.

How Will the US-China Trade War Impact Trade & Economy?

China may get hurt more in the trade war due to a lower Gross Domestic Product (GDP) and a higher trade dependency ratio, when exposed to the same amount of tariffs compared to the U.S. 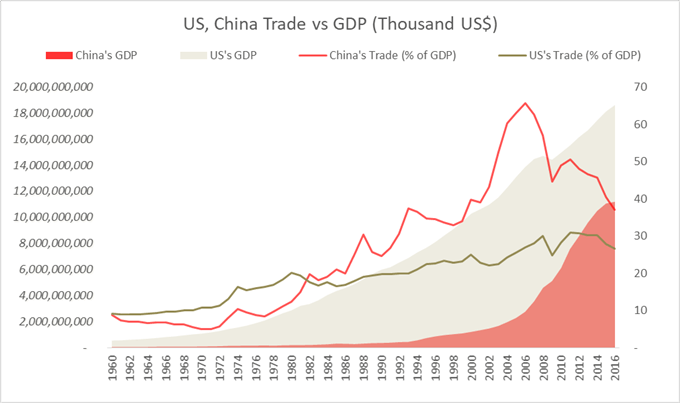 Chart prepared by Renee Mu; Data downloaded from Bloomberg and the World Bank.

Also, as China exports more to the U.S. than the other way around, its exposure to potential tariffs is higher. In 2017, the United States’ imports from China were $506 billion while its exports to China were $130 billion. This means that the value of Chinese goods that can potentially be imposed on additional tariffs by the U.S. is higher. 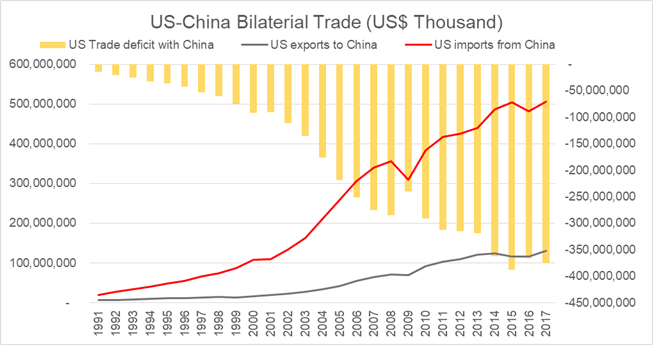 How Will the US-China Trade War Impact Equities & Currencies?

Equities: The trade war will drag down global stock prices as companies will bear higher costs from increased tariffs, reduced demand and elevated uncertainties and risks of their businesses in the future.

Chinese Yuan: The trade conflicts could further worsen the economic conditions which are already weak. Also, the PBOC has cut reserve requirement ratios (RRRs) twice within three months. The Central Bank may adjust liquidity temporarily with short-term tools to curb financial risks, but interest rate increases are unlikely. A trade war coupled with low economic momentum and a neutral central bank is bearish to the Yuan.

U.S. Dollar: The trade war could increase volatility in the Dollar, though it may have limited impact to the large trend. The outlook of the Fed’s interest rate hikes and strong US economic growth will have a greater say on the trend. 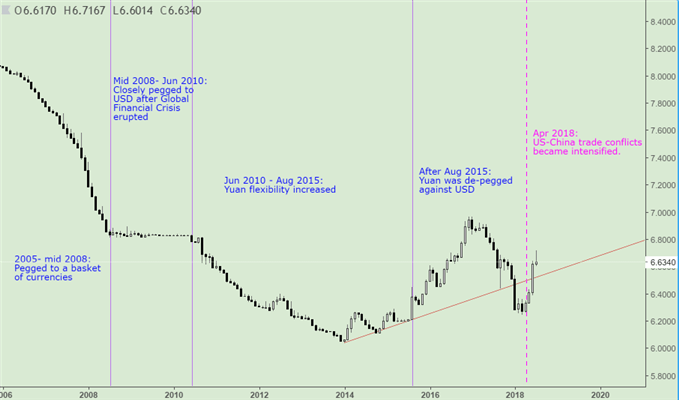 Who Benefits Most From a US-China Trade War?

Other Safe-Haven Currencies: The Japanese Yen and Swiss Franc could benefit from the US-China trade war. Capital may flow to JPY or CHF-denominated assets amid reduced risk appetite that draws greater scepticism over the stability of traditional havens like the Dollar. However, this could change should the global trade war escalate, for instance, when intensified US-Japan or US-EU conflicts are seen.

Download a free trading guide to improve your knowledge of trading the news, and learn about the top trading opportunities of 2018. 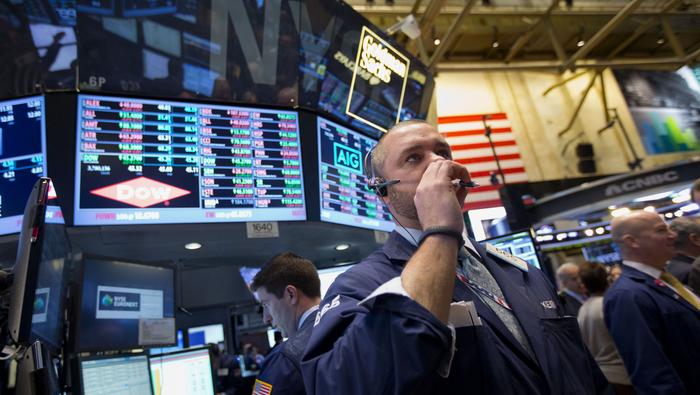