Global Stock Markets Poised to Bounce in Week Ahead 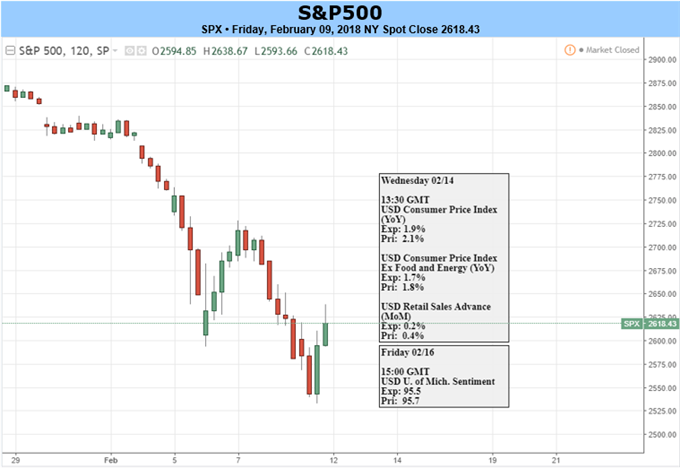 This coming week the economic calendar is fairly light on data. ‘High’ impact data events arrive on Wednesday with the release of CPI and Advance Retail Sales, then on Friday we have the release of U of M Sentiment. Risk trends will continue to be the dominant theme.

The S&P 500 tagged the 200-day MA and reversed hard on Friday after what has been a surprisingly sharp decline from record highs. As long as there isn’t a closing print below the low on Friday at 2532 the market is poised to bounce and perhaps violently. The first level of resistance arrives at 2727, the Wednesday high. Volatility will remain high for the foreseeable future, making it a short-term traders’ market. 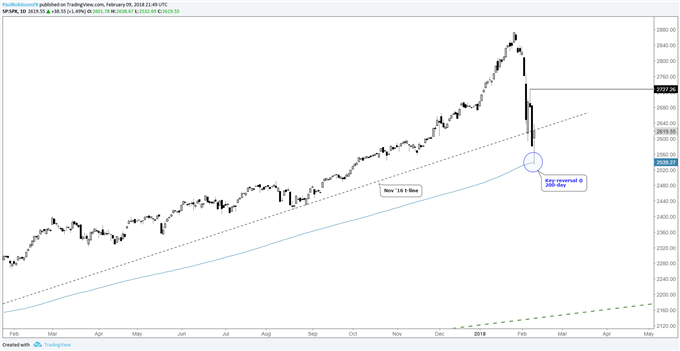 Looking ahead to next week there are a couple of key data releases falling on Wednesday via the release of GDP figures for both Germany and the Eurozone. For details and to view all scheduled releases, visit the economic calendar.

The DAX took another hit on Friday, and didn’t get the benefit of the reversal experienced in the U.S. Look for the DAX to gap higher to start the week as it plays catch-up. Should any gains seen early-on get erased, there is support in the 11868/935-area which may finally put a floor in. On the top-side, a rebound could be sharp, with no real price resistance until the mid-12600s. 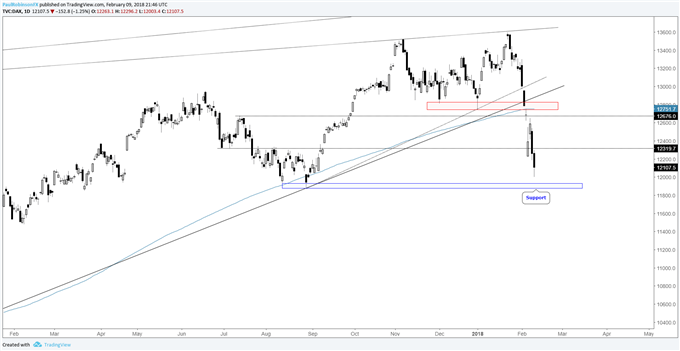 Last week, the BoE held on rates and the bond-buying program as expected, but did up their growth forecasts. This gave GBP a sizable boost which eventually failed, but did little to move the FTSE around. The only ‘high’ impact data slated for next week is CPI on Tuesday. For a run-down of all scheduled events, see the economic calendar. ‘Brexit’ headlines will continue to be a focus.

The FTSE closed the week at a major level on Friday, also not benefiting from a strong intra-day reversal in risk seen in the U.S. The area right around 7100 is important as it has held as resistance and support on several occasions dating back to October 2016. On a rebound, 7196 is up first as resistance followed by strong resistance surrounding the 7300-threshold. 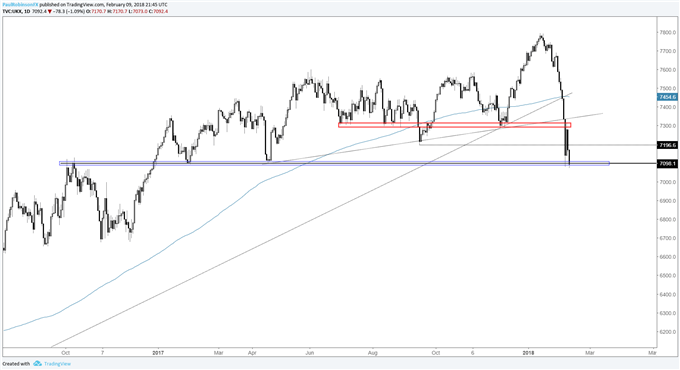