Global Equity Markets Crack, Next Week Will Be Important 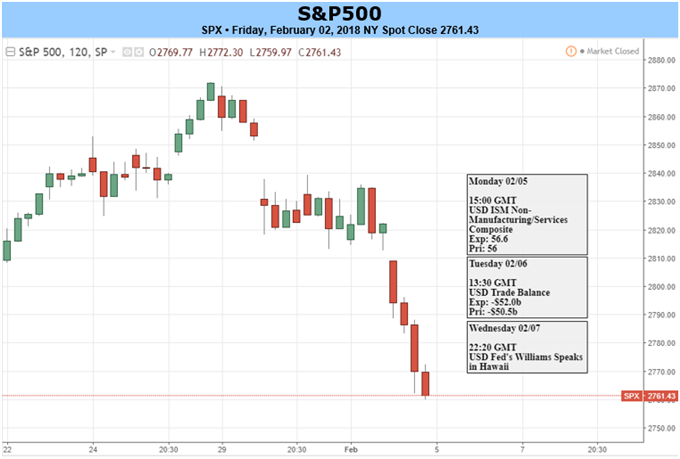 Last week was a busy one, with both the FOMC meeting (Fed held as expected) and the U.S. jobs report on Friday, where NFPs came in at +200k, better than the +180k expected. Looking ahead to next week, the only ‘high’ impact data point is to be released on Monday when ISM Non-Manufacturing/Services Composite comes out at 15:00 GMT time. See the economic calendar for details on all releases.

The S&P 500 took it on the chin Friday, having one of its worst days in quite some time. It closed the week at a trend-line extending back to November, but given the momentum into a somewhat weak trend-line, confidence is low in it holding. There is likely to be some residual selling early-on in the week, but don’t be surprised if we see a sharp snapback at some point. Should selling accelerate, though, look for the August trend-line to come into play around 2700. 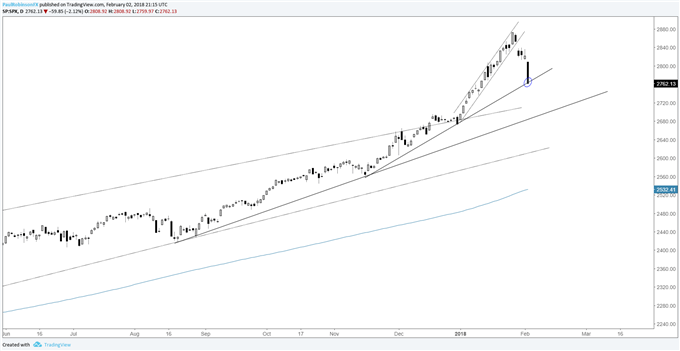 Looking ahead to next week, the calendar is light on economic data, with no ‘high’ impact data to be released. Look for risk trends and the euro to be influencing factors for the most part. For details on all scheduled releases, visit the economic calendar.

The DAX got crushed on Thursday and Friday, closing last week jut under the trend-line from June 2016, and very near the low on the first trading day of the year. The 200-day is also right in the same vicinity as both of those levels. If confluence between varying types of support can’t put a bid into the market early this week, look for selling to continue despite short-term oversold conditions. 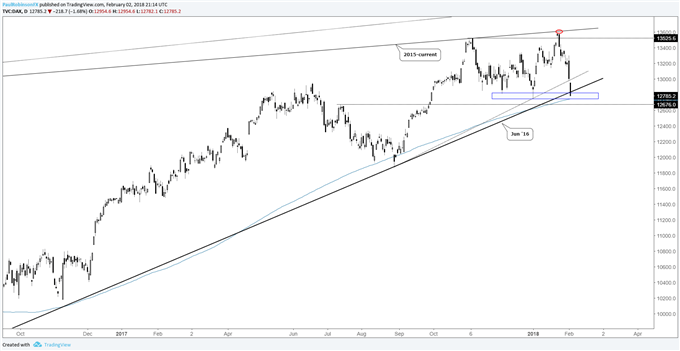 Looking ahead to next week, the calendar is light in the U.K., with no ‘high’ impact data set to be released. For a run-down of all scheduled events, see the economic calendar.

The FTSE wasn’t spared last week, as sellers continue to pound the index. It broke back below the top of the range created during the second-half of 2017, which puts it in a precarious position. The footsie closed Friday at the Feb 2016 trend-line and just a tad under the 200-day. Similar to the DAX, it needs to bounce very soon or else continue extending its losses, with 7300 up next as support. It will require a good deal of technical work to turn the picture positive, other than the mild benefit it has of support at hand if it can hold. 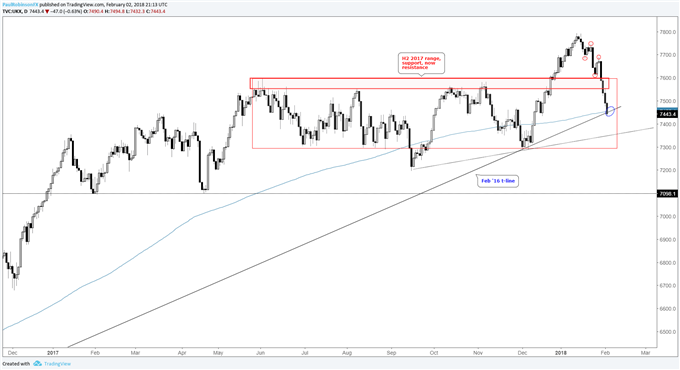