- Optimism over a Brexit deal between the UK and the EU has strengthened the British Pound in 2017.

- However, the remaining problems are likely to prevent a meaningful deal and, when they do, Sterling will tumble.

The British Pound has strengthened throughout 2017 so far and continues to be helped by a conviction that the EU and the UK will eventually agree a Brexit deal. However, it remains almost impossible to imagine an agreement that will be acceptable to all sides, and that means Sterling is due for a heavy fall – although exactly when is a difficult call to make.

The problems in reaching a deal became more evident than ever Monday, when at one time agreement seemed close on the questions of the divorce bill, citizens’ rights and the border between Northern Ireland, which is part of the UK, and the Irish Republic – three issues the EU insists must be dealt with before the talks can move on to trade.

In particular, Ireland was in focus and at one point a deal seemed enticingly close, with Irish broadcaster RTE reporting that the UK would concede there would be no “regulatory divergence” on the island of Ireland on the single market and customs union. It was also reported that Northern Ireland’s Democratic Unionist Party (DUP), which the UK government needs to ensure a Parliamentary majority, was on board.

However, that proved not to be the case and amid protests from leaders in Scotland, Wales and London no deal was reached. The Pound, which had earlier risen sharply, fell right back as it became clear that any such deal would bring down the UK Government and enrage the UK regions – forcing UK Prime Minister Theresa May to hold back from signing the draft agreement.

A deal could yet be reached and some kind of fudge remains likely. That would support the Pound short-term but a tumble would more likely than not follow soon after. The markets would reason that an agreement unacceptable to the DUP could end up with the Government losing a vote of no-confidence in Parliament, forcing a General Election that could bring the opposition Labour Party to power.

Conversely, an agreement acceptable to the DUP could lead to another independence referendum in Scotland, while no agreement could lead to a hard Brexit – all bad outcomes for the currency. We’re not at that point yet, but we could be very soon. 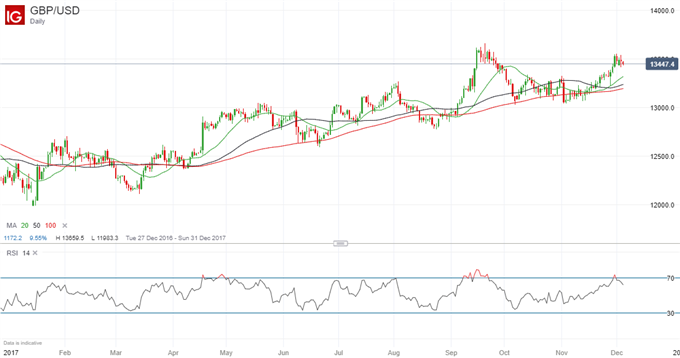 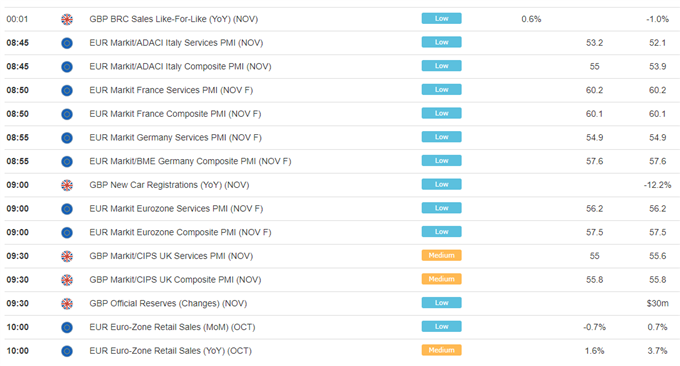