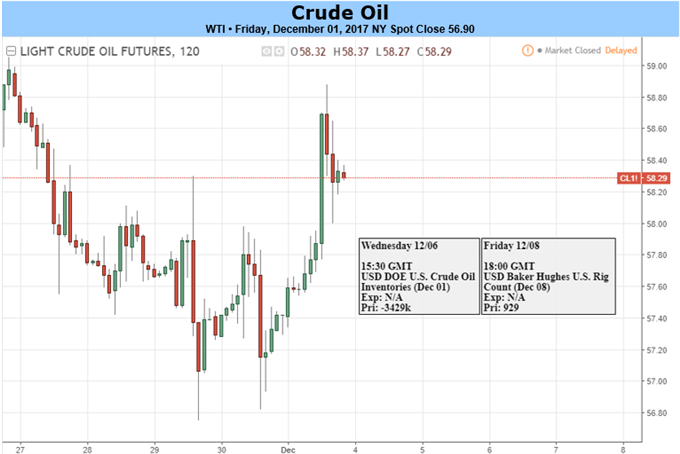 As OPEC and Russia agreed to extend production curbs to the end of 2018, traders appeared to lose interest in aggressively chasing the short side. On mid-Friday, after the production curb extension was curbed, both WTI Crude and the global benchmark, Brent Oil traded near their highest levels of the year at $58.50 and ~$64 per barrel respectively. One component of the crude market that is not in a bull market is oil volatility.

In much the same manner that central banks have worked to suppress volatility by over guiding future expectations, OPEC seems to be playing the same card. Multiple volatility gauges in the Crude Oil market fell to a 3-year low, which is a derivative of OPEC success. In short, Oil volatility is synonymous with downside price shocks and is painful to producers globally. Therefore, rising Oil prices with WTI near the highest levels since 2015 alongside the lowest volatility in three-years with technology reducing the cost per barrel of production is a bit of a Goldilocks scenario.

Following the lead of volatility, it appears that oil, like other asset classes, will have fewer aggressive price shocks going forward as OPEC fulfills its mission to normalize global inventory levels that should reduce the risk of unexpected supply builds. While the alpha might be hard to grab in Oil, there is likely little to be gained from a naked short position in the energy market.

Now, on to the charts. Earlier, we mentioned that volatility is continually slipping. While volatility is mean-reverting, the trend is lower, and low volatility tends to favor slower and steadier rises. 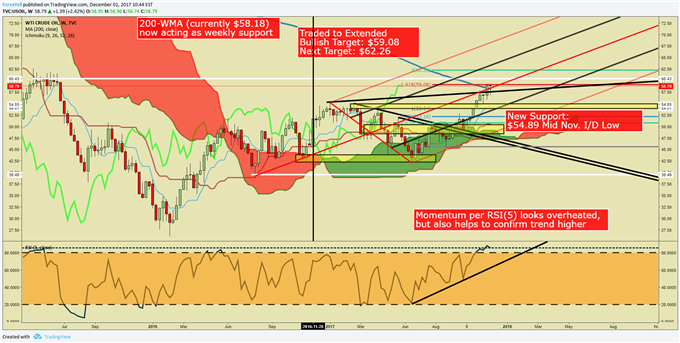 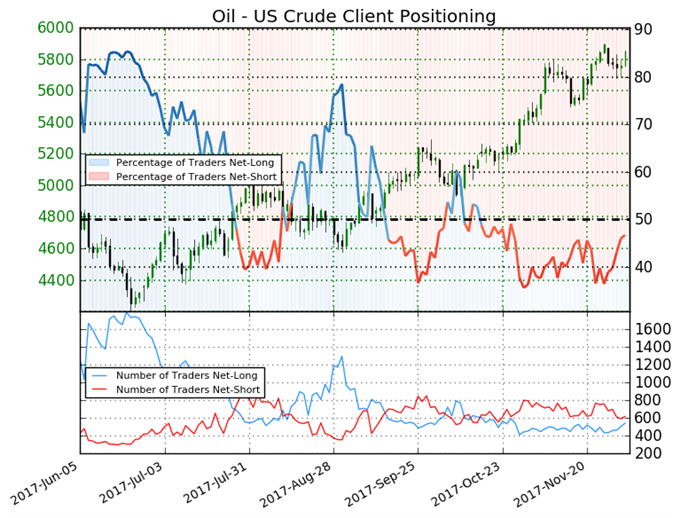 Oil - US Crude: Retail trader data shows 46.7% of traders are net-long with the ratio of traders short to long at 1.14 to 1. In fact, traders have remained net-short since Oct 25 when Oil - US Crude traded near 5210.9; the price has moved 12.3% higher since then. The number of traders net-long is 7.5% higher than yesterday and 10.2% higher from last week, while the number of traders net-short is 4.0% lower than yesterday and 18.0% lower from last week.