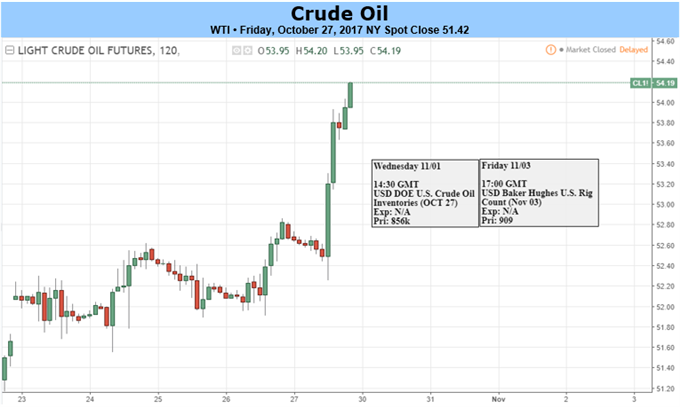 Brent to 27-month high, Flood of US Crude Fails To Ignite Oil Selling

Oil traders learned this week that Saudi Arabian Crown Prince Mohammed bin Salman of the de facto head of OPEC told markets that he envisioned the energy industry entering a ‘new era.’ Such an era would have the industry lead by similar supply-side controls like the one engaged in by OPEC and select non-OPEC companies like Russia going forward.

Proactive supply-side controls are only being engaged for the Brent Oil contract, the global benchmark as the EIA showed on Wednesday the US continues to gush oil. The EIA Crude Oil inventory report showed US exports rose to the second highest level on record exceeding 1 million per day for the fifth straight week.

While both markets have traded in Bullish fashion since the first week of October, Brent has the clear physical market advantage, and traders understand the imbalance. Brent traded to 27-month highs this week that aligned with a near-record net-long bet by leveraged intuitions. The net-long bias for Brent to WTI crude aligns with the high compliant production curbs in non-US regions while markets remain tired of the near reckless production amounts coming from US shale. Brent is also benefitting from unique geopolitical risks from the Kurdistan oil fields around Baghdad, which makes Brent more susceptible to sharp price spikes should tensions flare.

Curious how the rise in global demand changes the oil market?Access our Q4 forecast on what outcomes we're watching!

The price action on crude oil has been clean after bottoming out in early October. The early October, and thus far, Q4 low happened above prior price resistance before a breakout occurred earlier this year. An inability to attract new selling and see a daily close below the October low of $49.44/bbl for WTI and $55.06/bbl for North Sea Brent that we’ll focus on a Bullish extension. 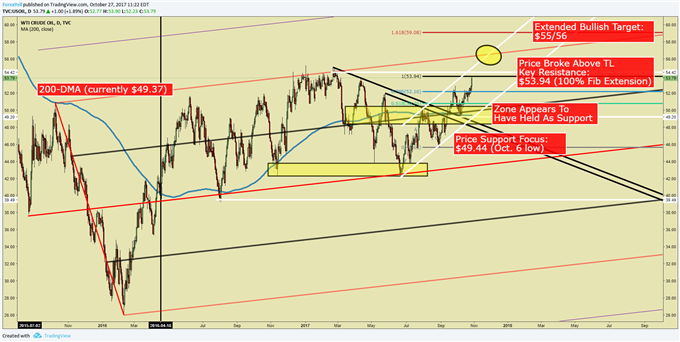 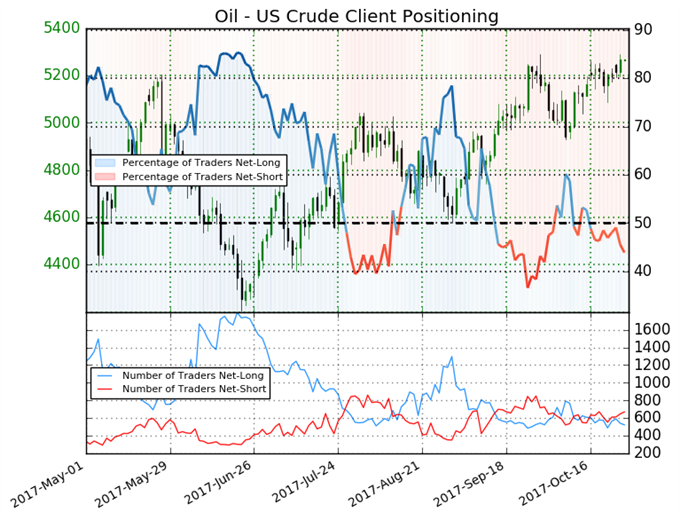 We typically take a contrarian view to crowd sentiment, and the fact traders are net-short suggests Oil - US Crude prices may continue to rise. Traders are further net-short than yesterday and last week, and the combination of current sentiment and recent changes gives us a stronger Oil - US Crude-bullish contrarian trading bias(emphasis added).