US Dollar, Yen and Gold Price Impact of US Debt Ceiling Deadline

Have questions about the implications of a US government shutdown on the markets? Join a Q&A webinar and ask it live!

The United States Congress returns from its summer recess on September 5th. When voting members arrive back, topics such as President Donald Trump’s promises to cut taxes and boost infrastructure spending might be temporarily overshadowed by a more prominent near-term risk for the markets.

In 2015, Congress suspended the debt ceiling via the passing of the Bipartisan Budget Act until March 2017. Since then, the US Treasury has been resorting to extraordinary measures in order to make payments while avoiding going over the current debt limit of $19.8 trillion. If legislators do not come to an agreement to raise it by September 29th, the estimated limit of the extraordinary measures, the US might have to go into a technical default.

Conveniently, this is not the first time that the markets will be exposed to a threat like this, unlike the unknown implications of Brexit or the 2015 threat of Greece’s exit from the European Union. This means that we can look back to close calls in the past, such as in 2011 and 2013, to get an idea of what might be expected in the financial markets.

In 2011, Republicans in Congress demanded a deficit reduction as part of raising the debt ceiling. The issue was resolved on August 2nd via the Budget Control Act. However, three days later ratings giant Standard & Poor’s issued its first ever sovereign credit downgrade in the federal government’s AAA (“outstanding”) rating, bringing it down to AA+ (“excellent”). This threatened US government bonds’ status as the world’s most attractive safe haven for investors to park their capital in times of economic crises.

Leading into the downgrade and as tensions were high in the legislative branch, the Dow Jones Industrial Average and S&P 500 swiftly fell to their lowest levels of the year. Then, the indexes had one of their worst days as the S&P downgrade undermined the US Dollar’s reserve-currency credentials. The anti-risk Japanese Yen appreciated while the sentiment-linked Australian and New Zealand Dollars faltered. In addition, gold prices gained ground as bond yields fell amid risk aversion, boosting the appeal of anti-fiat assets.

In 2013, the debt limit had to be raised again after former President Barack Obama warned that not doing so could lead to a default. The US government ended up going into a partial shutdown in early October before Fitch Ratings placed the country on “negative watch” mid-month. The impasse was resolved on October 17th with the passing of the Continuing Appropriations Act.

Unlike 2011, the episode in 2013 was different in that no major financial agency (Moody’s, Fitch and S&P Global) actually lowered the sovereign credit rating. Even so, there was a similar reaction in equities and the Yen leading into and during the shutdown, albeit less intense than what we saw in 2011. The Dow Jones and S&P 500 stock indexes also had a down day when Fitch issued their warning. Simultaneously, the Yen appreciated while AUD and NZD halted their winning streak against USD. Gold also enjoyed a boost.

With that in mind, worries about another failure to raise the debt ceiling that puts default back on the table could lead to some déjà vu in the financial markets. This is now complicated by remarks from Donald Trump’s rally in Arizona on August 22nd. There, the President threatened to shut down the federal government if no funds are allocated to his controversial campaign promise of building a wall along US’ border with Mexico.

Even if legislators override the President or come to an agreement, the risk may not necessarily be over. It will also be imperative to keep an eye out for the major ratings agencies and their interpretations of the final outcome. Downgrades in the US sovereign credit rating and/or the country being placed on “negative watch” again might stir volatility in stocks and sentiment-linked currencies. A more favorable result may support the US Dollar and undermine the appeal of gold. 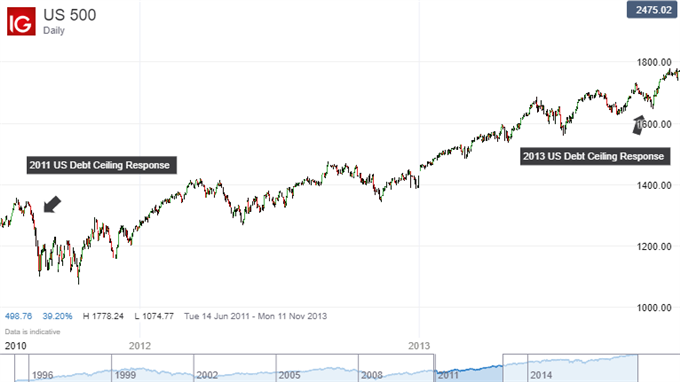 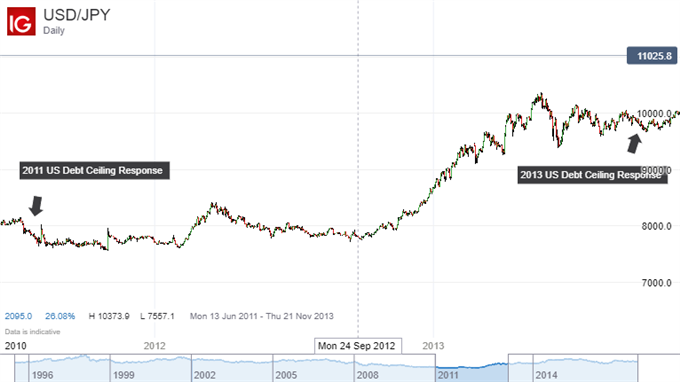 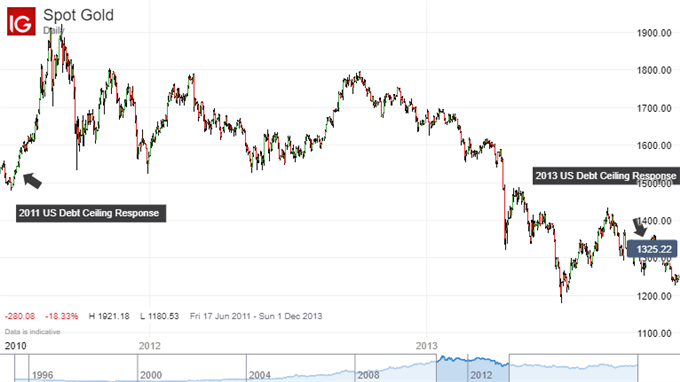 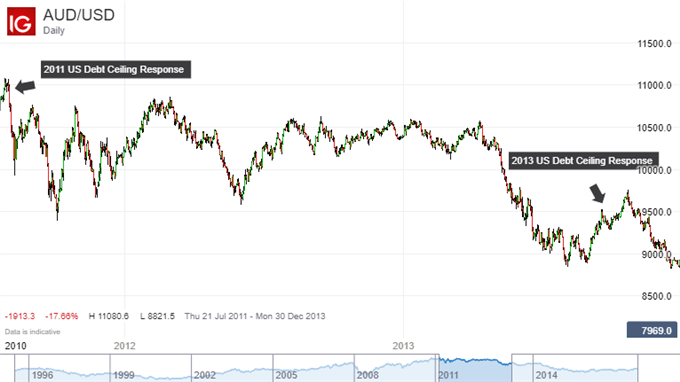