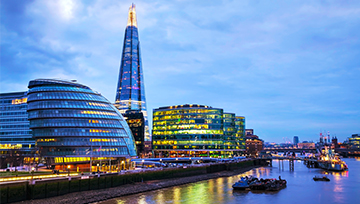 Brexit Briefing: When Will Brexit Next Affect Market Prices?

- Brexit is clearly on the back burner at present as far as the markets are concerned.

- Instead, attention is focused on the usual theme: central bank monetary policy.

- However, Brexit could return as a market factor once serious negotiations resume.

Check out our Trading Guides for GBP and EUR: they’re free and have been updated for the third quarter of 2017

For much of the summer, traders and investors in Europe have paid little attention to Brexit; largely because not much has happened. This week the UK is publishing position papers – the latest being on the vexed question of the border between Northern Ireland, which is part of the UK, and the Republic of Ireland, which will remain a member of the EU.

Important though the subject is, it’s not going to move the markets, which are currently focusing again on their usual favorite theme: monetary policy. Once more, the talk in the markets is all about how the latest economic data will be interpreted by the central banks, how it will affect their policies and what that will mean for currencies, stocks and government bonds.

As always, technical setups, sentiment, positioning and geopolitics are feeding into the mix too but the mentions of Brexit have become fewer and fewer. So when will this change? The simple answer is probably once the senior politicians and officials return from their summer holidays.

Both the EU and the Westminster parliaments will sit again in early September, and next month is likely to see serious talks resume between the two sides. As before the summer, there will likely be briefings and counter-briefings with the potential to move market prices. For example, many of the constituents of London’s FTSE 100 index are international businesses for which free trade is crucial – and talk of tariff barriers could hit their share prices.

For now, it’s probably safe to just glance at the Brexit headlines. But that doesn’t mean the divorce negotiations between the UK and the EU can safely be ignored completely.