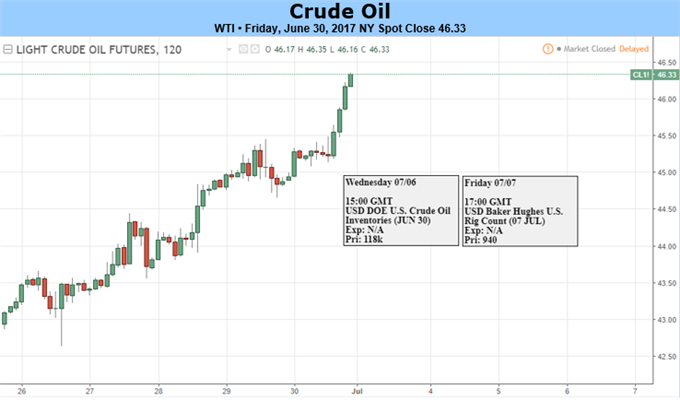 Crude oil prices may stage a larger recovery over the days ahead as data coming out of the U.S. Energy Information Administration (EIA) highlights the risk for a more meaningful shift in supply.

The EIA’s monthly update showed U.S. production narrowed to 9.08M b/d from 9.1M b/din March, with the slowdown led by a 5.8% contraction in the Gulf of Mexico. The recent downtick in U.S. output may keep oil afloat in July, but a broader look at the data set instills a long-term bearish outlook for energy prices especially as the Organization of the Petroleum Exporting Countries (OPEC) remains unwilling to implement deeper production cuts.

After bottoming out in 2008, crude oil outputs have increased at an exponential rate, with U.S. production moving back towards the fastest pace of growth since 1970. If the resurgence in shale persists, energy prices stand at risk of trending lower in the second-half of the year as the slowdown from 2015 largely dissipates. 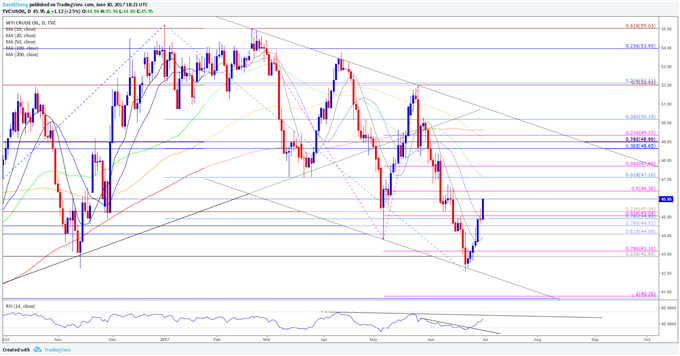 Join the DailyFX Trading Webinars for an opportunity to discuss potential trade setups.

Near-term outlook for USOIL remains constructive, with the topside targets in focus as it extends the series of higher highs & lows from the previous week. The Relative Strength Index (RSI) also highlights the risk for a larger recovery as it bounces back from oversold territory and clears the bearish formation carried over from late-May. Keep in mind the broad outlook in weighed to the downside as USOIL preserves the downward trending channel from earlier this year, with the RSI reflecting a similar dynamic. Check out the Quarterly DailyFX Forecasts for additional trading ideas. 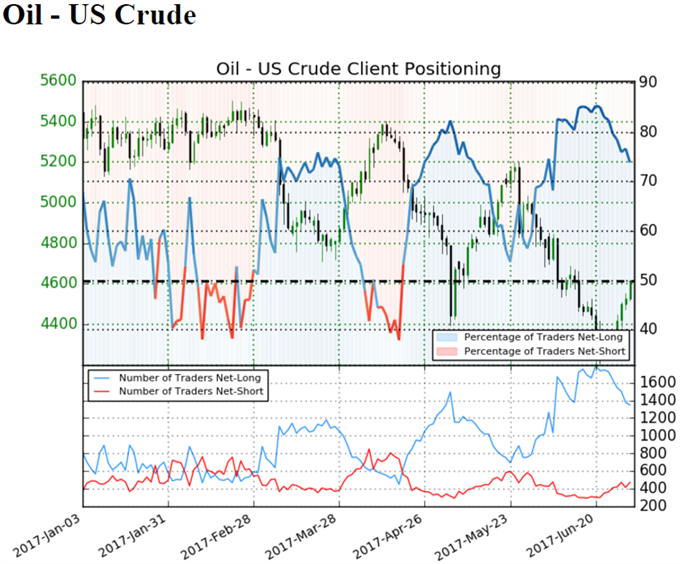 Retail trader data shows 73.9% of traders are net-long with the ratio of traders long to short at 2.83 to 1. In fact, traders have remained net-long since April 19 when Oil - US Crude traded near 5266.2; price has moved 12.4% lower since then. The number of traders net-long is 5.9% lower than yesterday and 24.9% lower from last week, while the number of traders net-short is 2.1% higher than yesterday and 34.5% higher from last week.For more information on retail sentiment, check out the new gauge developed by DailyFX based on trader positioning.