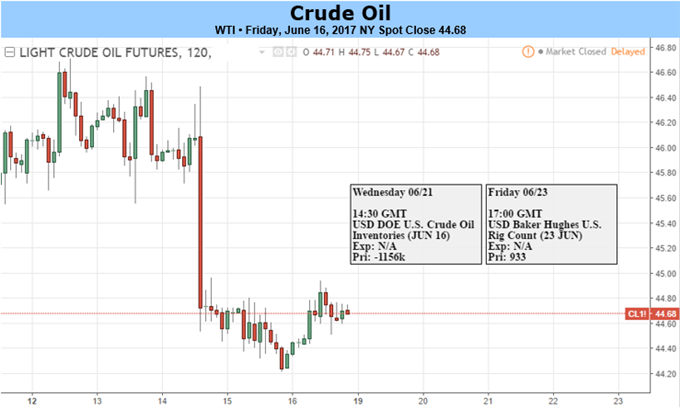 The confidence that Oil Bull held at the turn of the year is now gone and for a few good reasons. This week fears that the glut will not soon go away heightened after the IEA reported that the production from non-OPEC producers was likely to outstrip demand, which appears to be moving in the opposite direction from increasing supply. On Wednesday, when the EIA showed that crude stockpiles fell less than expectations, they also showed that gasoline stockpiles (an indicator of demand for refined oil products) rose to 242.4 million barrels, an increase of 2.1m bbl. The implied demand fell to the lowest since April.

In last week’s report, we discussed the developing Contango in the December 2017/ December 2018 (DEC17/DEC18). Since last week, that spread has gone further negative suggesting that traders are expecting the glut to expand in 2018. Contango tends to communicate that the cost for holding physical is increasing due to higher storage costs and lower demand. At the end of the week, the DEC17/DEC18 spread between WTI crude narrowed to the lowest level since mid-November before OPEC originally announced a cut and is currently at -1.21. Add to the likely supply pressure, Baker Hughes International showed the US Oil Rig count had risen 6 rigs this week for the 22nd consecutive increase

What is surprising to many is that earlier this year, Oil seemed to have nearly everything going in its favor with OPEC cutting production, geopolitical tensions and economic data strong enough to get the Federal Reserve in hiking mode. However, at that time, the price of Crude Oil barely stayed above $50. Now, it’s looking like $50/60 could be a long-term ceiling, which could pose fiscal strains on OPEC countries that rely on the price of Oil and indeed, a key reason that the production cut was engaged in the first place. While there is not a short-term answer to this problem, it looks like we are heading lower for longer as US production is expected to remain high alongside the desire to hedge on any price spikes. All of this could align with Crude Oil prices remaining depressed for some time to come.

Will US crude producers continue to spoil the best-laid plans and efforts of OPEC for the price of Oil? See our forecast to find out what our top minds think on Crude! 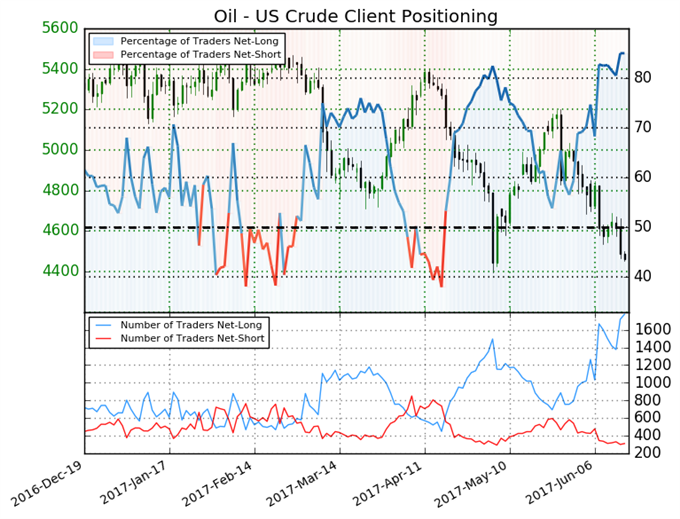 We typically take a contrarian view to crowd sentiment, and the fact traders are net-long suggests Oil - US Crude prices may continue to fall. Traders are further net-long than yesterday and last week, and the combination of current sentiment and recent changes gives us a stronger Oil - US Crude-bearish contrarian trading bias. (Emphasis mine)

The insight derived from this sentiment analysis on Oil is that traders are jumping on aggressively to the long side of the market. This could be a precedent to a bearish breakout that we will keep you up to date on if price closes below $43.79/bl for the week and is combined with a further rise in net long positions.