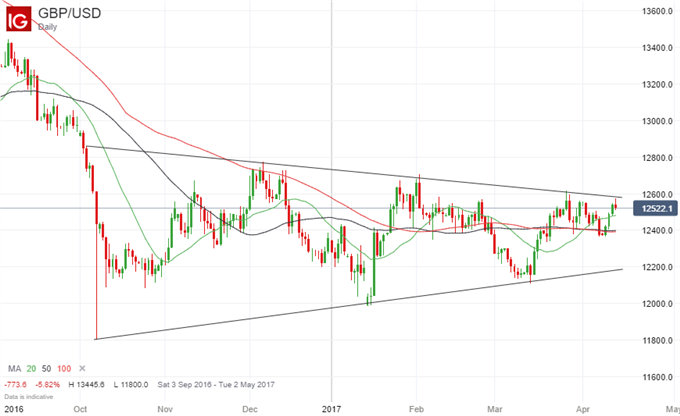 Brexit Briefing: Now It's All About a Hard Brexit Or a Soft One

Not long ago, the Reuters news agency asked FX strategists where they expect GBP/USD to be once the Brexit dust has settled – and the results were striking. If peace and harmony break out, and a deal is agreed that both the UK and the EU are happy with, the pair could climb to 1.50. If the two sides bicker and the result is no agreement at all, it could tumble to 1.10.

At present, GBP/USD is doing very little on a long-term basis, simply trading sideways within a broad channel.

Over the course of the next two years, the issue will be resolved one way or the other – unless the timescale for the negotiations is extended. In the meantime, GBP/USD is certain to be buffeted by the newsflow, with any sign of disagreement pushing the Pound lower while more soothing diplomatic comments are likely to give it a lift.

Choosing between the two options is virtually impossible; you might as well spin a coin. But it’s worth bearing in mind at all times that an agreement would be in the interests of both sides – not just the UK’s. It’s almost become a cliché but would Germany really throw away its auto industry’s chances of selling its vehicles into the UK? Would France jeopardize its dairy industry? Would Poland want an outcome that ends its citizens’ chances of employment in Britain?

A deal, therefore, seems marginally more likely than no deal – implying that over that two-year timeframe the British Pound is slightly more likely to be stronger rather than weaker once all the noise has died down.

If you’re looking for trading ideas, check out our Trading Guides; they’re free and updated for the second quarter of 2017.

If you’re looking for ideas more short-term in nature, check out the IG Client Sentiment Data.