- She won’t be attending the EU’s 60th birthday party on Saturday.

UK Prime Minister Theresa May’s spokesman said Thursday that the terrorist attack in Westminster won’t delay the triggering of Article 50 of the Lisbon Treaty that will begin the UK’s divorce proceedings from the EU.

That means the formal process will start on March 29 as planned, just four days after EU heads of state and government meet in Rome to mark the 60th anniversary of the Treaties of Rome, which laid the foundations of the EU as it presently exists.

The EU, in a post on its website, says it is starting “a debate that should help focus minds and find new answers to an old question: What future do we want for ourselves, for our children and for our Union?”

However, the prospect of the UK leaving the EU is likely to cast a long shadow over the EU’s birthday party, and both Greece and Poland could be party poopers too. Polish Prime Minister Beata Szydlo said on Thursday she might raise objections to an “agreed” 60th anniversary Rome Declaration and Greece was reported to be holding up formal agreement on the text while it argues with its Euro-Zone creditors over its bailout terms.

There is also concern that May could try to exploit disagreements between the richer North European countries and the poorer countries in the South.

What does this mean for the financial markets? Probably not a great deal but any sign of disunity could hit the Euro, which is increasingly vulnerable to political risk as elections approach in both France and Germany. The latest opinion polls suggest the independent Emmanuel Macron should beat the far-right National Front’s Marine Le Pen in both the first and second rounds of the French Presidential election. Similarly, they show Chancellor Angela Merkel’s CDU back in front of the opposition SPD in the German federal election.

However, an open row between the richer EU nations and the poorer at this weekend’s summit is just what Euro bulls, who have been enjoying a good month so far, could do without. 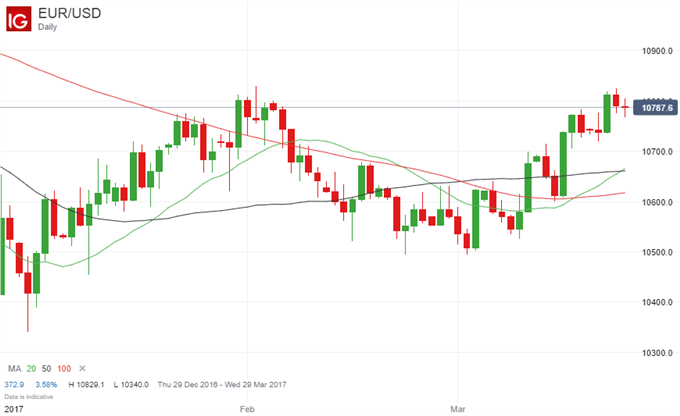