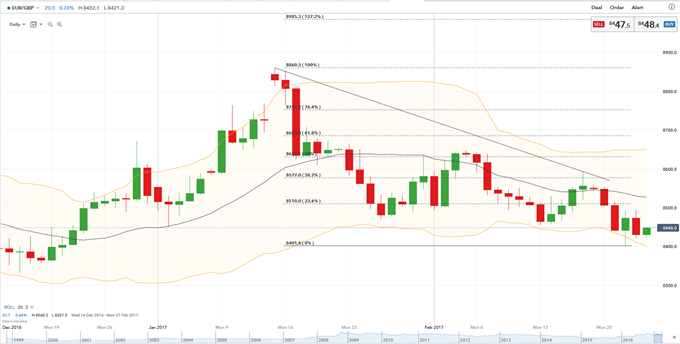 - Sterling remains on the front foot against both the USD and EUR despite warnings over the City of London’s future.

- Remainers say the City’s financial strength and depth is impossible for the EU to replicate.

The British Pound continues to edge higher ahead of the government triggering Article 50, expected by the end of March. Against the EUR and the USD, the UK currency is pushing towards levels last seen in mid-December despite warnings from the Bundesbank that the UK’s dominant financial center will come under increasing pressure.

At a recent event, Dr Andreas Dombret, executive board member for the German central bank, the Bundesbank said that while he expects London to remain “an eminent global financial centre,” changes are inevitable.

Dr Dombret said that he expects a number of UK-based market participants “to move at least some business units in order to hedge against all possible outcomes of the (Brexit) negotiations.”

Others dispute this assertion and believe that the City of London will remain the European financial business hub. A recent paper by the pro-leave Brexit Central said that cutting the City of London out of the loop would leave the EU vulnerable to systemic shocks as the EU financial market is in the UK

The paper says that London’s “global business reach, membership of and influence within financial bodies such as the Financial Stability Board makes it well suited to remain the world’s largest financial centre – through both business and regulatory practices.” The report added that “as a result, and assuming passporting rights and other developments…it is probable that the UK’s role as a global financial centre will be enhanced as a result of Brexit.”

The UK currency remains slightly better bid going into the weekend with multi-month targets looming into view. Against the EUR, sterling is eyeing levels last seen in mid-December with the possibility that further gains are on the cards.

Against the USD, sterling also nears a ten-week high although gains may be harder to come by as the US looks to hike interest rates either two or three times this year, according to a range of analysts. 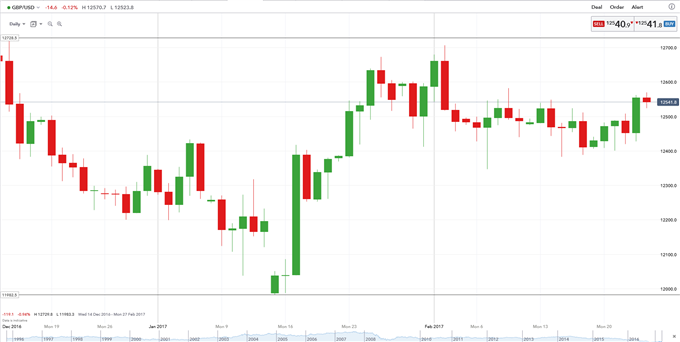