- The triggering of Article 50 to begin the UK/EU divorce process is probably still six weeks away.

- Over that period and beyond, attention will likely focus on the Euro side of the EUR/GBP cross, and with so much event risk ahead, that could mean weakness.

What could possibly go wrong for the Euro? Actually, rather a lot; particularly on the political front.

For a start, there’s Greece. There is currently almost no chance that Greece’s latest bailout will be agreed by the Eurogroup of ministers this coming Monday. Negotiations between the Greek government and its official-sector creditors have stalled due to a refusal by the Greek government to agree to further austerity measures, and so far the International Monetary Fund and the European Commission have been unable to agree on how to tackle the Greek crisis.

Germany, in particular, is determined that the IMF takes part, which it currently seems reluctant to do. “We are hearing about the good progress in the talks… with Greece,” a German Finance Ministry spokeswoman said Friday. “We have a convergence. But we are not so far technically that on Monday a final decision on the conclusion of the review can take place,” she added.

Concern about the lack of progress in the talks has raised the yield on 10-year Greek government bonds to 7.81% currently from the recent low of 6.43% in early December.

Then there’s the European Central Bank. The minutes of its meeting on February 17, released Thursday, suggested it’s unlikely to reduce its current monetary-stimulus program any time soon, in stark contrast to the US, where policymakers seem determined to tighten policy in the coming months. That’s a definite negative for the Euro, even though EURUSD has just broken out of a downward channel on the chart that had previously contained it throughout February. 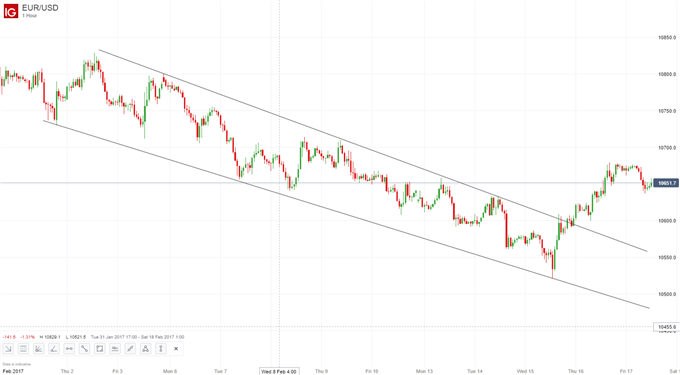 An ECB determined to keep monetary policy loose is likely to lead to Euro weakness not just against the US Dollar but against other currencies too.

The Euro also looks likely to suffer from the upcoming elections in the Netherlands, France, Germany and possibly Italy. In the Netherlands, the frontrunner is Geert Wilders, the right-wing candidate, and if he wins as expected that would usher in a long period of coalition talks. In France, the right-wing Marine Le Pen has a chance of victory as both her main rivals’ campaigns are spluttering. And in Germany it’s not impossible that Chancellor Angela Merkel could be defeated.

As with EURUSD, EURGBP has broken higher but with all these elections on the horizon it seems unlikely to strengthen much further. 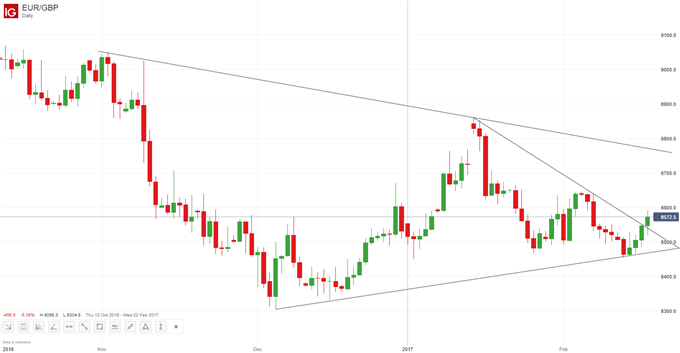 The rising tensions within the Euro-Zone have led to a widening of yield spreads between 10-year sovereign bonds in Germany and those in Euro-Zone member states such as France and Italy that are perceived to be less robust financially. Add in talk of a downgrade to France’s credit rating and a breakup of the EU if Le Pen wins the election there, and Brexit could prove to be just a distraction in the weeks and months ahead.