Tech giants Amazon (AMZN) and Alphabet, Google’s (GOOG) parent company, reported their earnings for the third financial quarter of 2016. Amazon earnings per share came in at 52 cents, lower than analyst expectations of 78 cents. Sales increased over the reporting period by 29 percent at $32.7 billion, beating estimates by 63 million dollars. Amazon reported that the year-over-year favorable impact of changes in foreign exchange rates on net sales was $52 million.

Google’s parent company reported $9.060 earnings per share, greater than the $8.612 expected. Alphabet also beat its sales estimate, reporting $18.2 billion, with year-over-year growth at roughly 21 percent. Revenue for the tech company grew 20 percent from Q3 2015, and 4 percent since the last quarter. In Google’s earnings call the CFO reported on the company’s global performance, noting a year-over-year negative currency impact on revenues of $196 million, hedging operations were able to offset this to $91 million.

Through the third quarter, the trade-weighted ICE Dollar Index (DXY) actually fell a modest 0.6 percent. However, year-over-year, the currency has advanced more than 9 percent. As of the close of the third quarter, Alphabet is the world’s second largest company by market cap while Amazon is the fourth. Before the release of their earnings after-hours, their market capitalization stood at $554 billion and $387.96 billion respectively.

Immediately after the release of the earnings report, Alphabet shares surged 2.6 percent before retreating to wild swings as activity cooled off awaiting the New York open. In response to its significant miss, Amazon shares dropped 6.2 percent afterhours. Unlike Google’s parent, Amazon held onto its losses.

As two of the largest companies in the US – and global markets – the response to these earnings reports will be particularly important for sentiment through Friday’s US session. The broad S&P 500 closed Thursday 2.8 percent off its record high from August. The more tech-oriented Nasdaq Composite was 2.4 percent off its own record as of this past session’s close. The outlook looks particularly tumultuous for US equity markets. Friday brings the US 3Q GDP report. Next week on November 2nd, the Federal Reserve is scheduled to weigh in on monetary policy. And, the following week on November 8th, the US Presidential Election will draw voters in one of the most caustic campaigns in the country’s history. 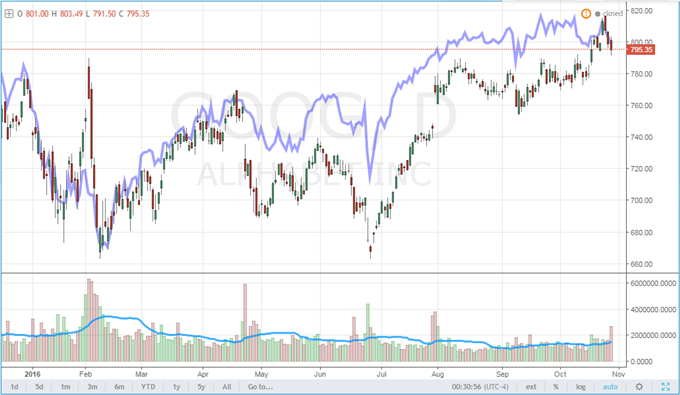 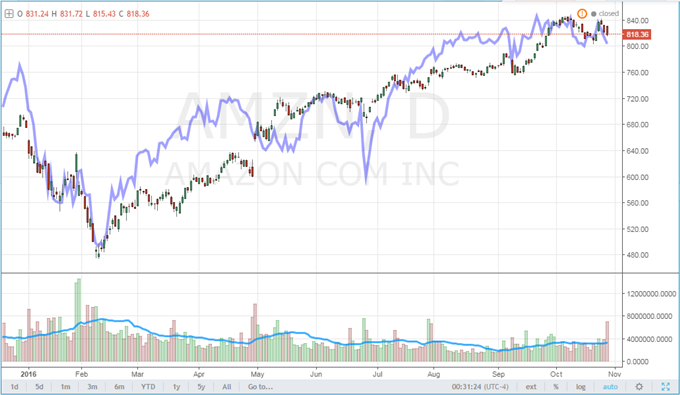