The Brexit pain has stretched to the illiquid afterhours between the close of the US session and open in Tokyo. Early Friday morning, the Sterling suffered its biggest bearish shock since the EU Referendum vote on June 23/24 seemingly on calls from French President Francois Hollande for the European Union to take a hard line in negotiating the split Brexit split to head off an existential crisis for the broader region.

A Financial Times report had quoted the French President who gave a speech at a dinner in Paris honoring the 20th anniversary of EU think-tank Notre Europe. Among the attendees were the EU’s Brexit negotiator Michel Barnier and EU President Jean-Claude Juncker. In the remarks, the Hollande said that the United Kingdom’s decision to leave the Union should not be without its hardship. Recently, UK Prime Minister Theresa May has suggested that the country was willing to forgo access to the single market to ensure control over immigration – what she considers the primary motivation for the Leave vote.

Recognizing the aggressive negotiating position the UK intended to take – what is being coined as a ‘hard Brexit’ – Hollande said the EU would have to meet the effort with “firmness”. If the fallout from this withdrawal is not painted in dour enough light, the fear is that other European countries suffering economic hardship and/or are facing a rise in anti-EU, anti-Euro sentiments will attempt to follow in their wake. As the French President put it, if they did not discourage with severe consequences from the Brexit “other countries would want to leave the EU to get the supposed advantages without the obligations.” 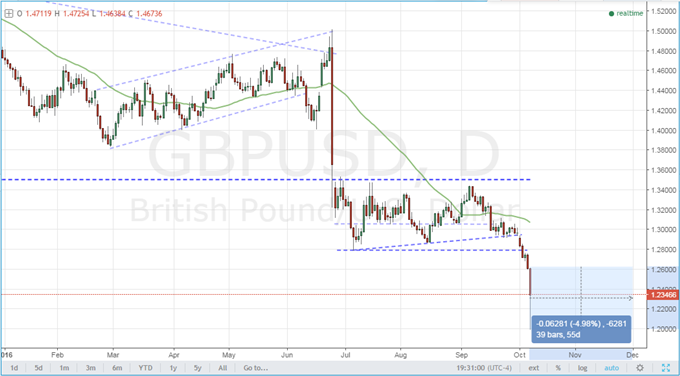 In response to the sentiments hitting the newswires, the Pound immediately collapsed. In the span of two minutes, GBP/USD dropped from just around 1.2600 to below 1.2000. Exacerbating the situation were the thin conditions in the market. Not only is the transition from US to Asia liquidity the quietest period of the trading day, but market depth was further deflated by many participants pulling back ahead of the upcoming September US NFPs release. It took another 4 minutes to regain 400 pips of the lost ground, but the damage to traders’ nerves was already done. 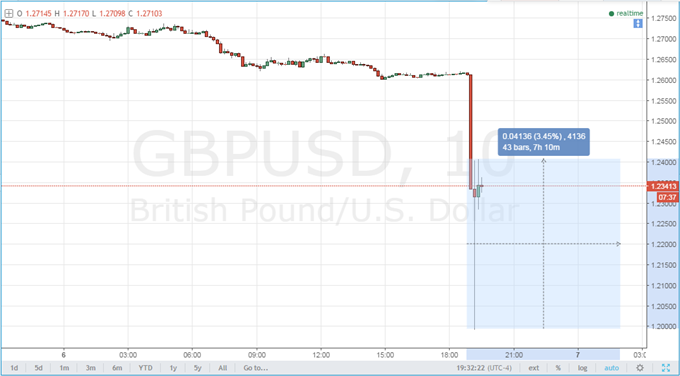 The Euro and the Pound

In the initial panic surrounding the Pound during the initial selloff, all the Sterling crosses suffered a similar fate. However, one particular pair that should be mulled over for its fundamental bearings is the EUR/GBP. Should the EU’s hard negotiation position punish the UK economy and financial system, the Sterling would certainly suffer. However, the Euro would not be immune to the reality that the community is eroding and anti-EU sentiment has gained traction. As such, a pair like EUR/GBP is facing a fundamental conflict where investors would have to determine which side stands to lose the most. 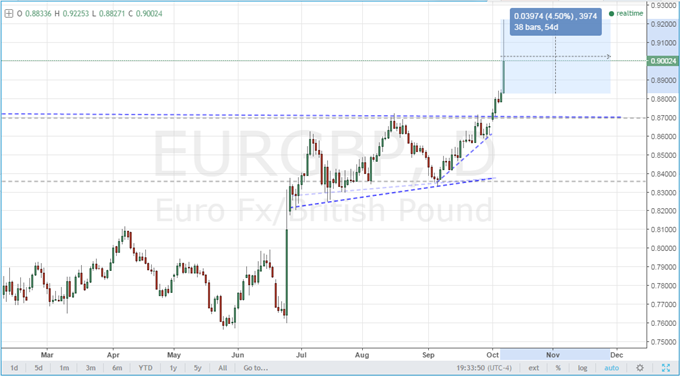 The Pound and the UK face the most immediate risk – and the drop on June 24th was testament to that. However, the systemic risk is far greater for the remaining Euro-area. There are other countries in the European Union and Eurozone (the group of 19 members that shares the Euro currency) that have seen a strong rise in protectionist parties. In fact, the National Front in France has gained substantial prominence in one of the core, founding members of the Unions. Should the economic, trade, financial and other damages done to the United Kingdom for its withdrawal fail to dissuade copycats, it could lead to a critical fracture in the sanctity of a primary economic powerhouse. 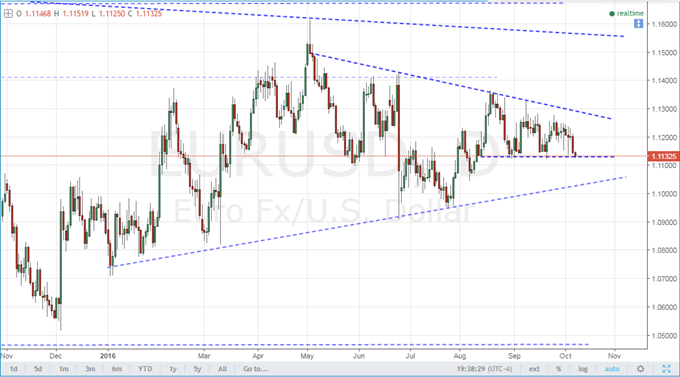 While there is room for debate between the Euro and Pound as to which currency is in the more dire straits at any given time, third party liquid alternatives stand to benefit substantially. While the Yen represents a reserve currency with a similar SDR basket exposure to the Sterling, its own dubious fundamental bearings will not encourage redirected capital flows into the Japanese markets. With two of the largest markets and currencies in the world under pressure, the impetus for absolute liquidity and safety grows ever more urgent. In turn, the Dollar stands as the most frequented reserve and thereby most suitable haven. 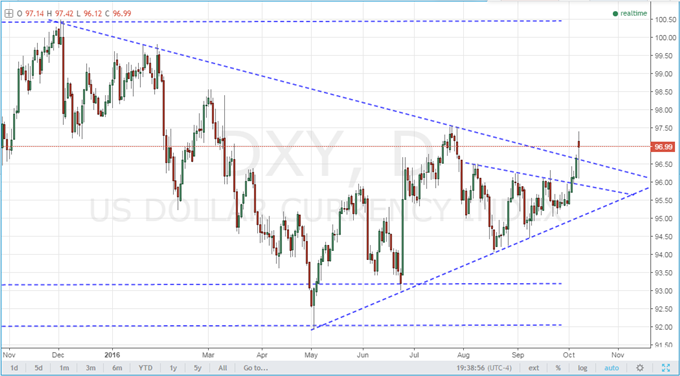