Euro Awakes to Brexit Nightmare; Time for a Turn in EUR/USD?

The beginning of the Q3'16 brings nothing good for the Euro. In our Q2'16 forecast, we warned not to discount a potential Brexit's vote impact on the Euro (likewise, it was one of the political factors underpinning one of our trade opportunities of 2016, short GBP/JPY). Although widely dismissed by media and financiers alike, Brexit has come to fruition after the June 23 referendum vote, opening up a potential Pandora's Box for the European Union.

Inevitably, populist politicians in other countries have come forward and publicly demanded referendums of their own; Italy, France, and Holland come to mind. Whether or not these desired referendums come to light is entirely another story beyond the scope of this piece; but what's important to recognize is that there is a palatable wave of populism sweeping the Western world that has severe implications for the Euro and broad implications for global financial markets.

Specifically for the Euro, the very question of the long-term viability of the European peace project is now at stake. Strong leadership is required to navigate the unchartered waters ahead - and this does not mean doubling down on current fiscal policies (a Martingale strategy is bound to fail unless there are unlimited resources to make bets; political capital is not endless in a democracy). Merkel, Hollande, and Renzi - the leaders of Germany, France, and Italy, respectively - have put on a good show thus far, pledging to bring Europe ever-closer in the wake of the Brexit.

Unfortunately, the window for European leadership to show resolve may be limited before contagion spreads. By continuing on with the policies that led to voter discontentment, the current political class will inevitably be thrown out of office. France, Holland, and Germany all head to the polls next year - Brexit will very much be a hot button issue (as will the underlying issues that led to Brexit: anemic growth; a seemingly large immigration issue; and considerable security issues amid an ongoing refugee crisis from the Middle East and North Africa).

One thing is clear: there won't be much clarity, if any, until the end of Q3'16. With UK Prime Minister Dave Cameron stepping down in three months' time, a new Tory leader will have to be chosen at the party conference in September, and likely, will have to survive a Parliamentary vote of confidence. Given the fact that an overwhelming majority of MPs supported 'Remain' (463 to 150 for 'Leave'), it's difficult to imagine a Tory leader surviving a vote of confidence on the premise of triggering Article 50, which would officially start the UK's two-year timer for negotiating its exit.

General elections in the UK seem possible at some point in Q4'16; which means any official word on Brexit probably won't come until sometime there after (maybe as late as January 2017). At a minimum, it will be three months before Article 50 is triggered; it could be longer. This is a window for uncertainty to proliferate and fester (thereby breeding volatility – it’s a good time to review risk management principles), which works strongly against the Euro's favor. True, as a low-yielding funding currency, the Euro tends to lag in 'risk on' environments and lead in 'risk off' environments (as expressed by its inverse correlation with the German DAX per 50-day and 100-day correlations).

This time is different. The threat of contagion and the existential fallout over the longevity of the EU means the European Central Bank has plenty of cover to unveil new easing measures to provide liquidity to markets. A speech by ECB President Mario Draghi at the end of June suggested that he sees the ECB taking on a bigger role in global markets; such comments can be viewed as a precursor to greater ECB involvement to stem off the tides of contagion.

Rates markets, since the Brexit vote, have responded in kind, pricing in a 10-bps rate cut to the Main Refinancing Rate and the Deposit Rate by September (62% per OIS swaps; also indicated by EONIA). The number one place to look for contagion to hit? The Italian banking sector. Italian PM Renzi hinted at the need for a bailout in late-June - this is a story that should be followed closely. (For some background, read this article from January 2016 by James Stanley, Currency Analyst).

The conditions are set for EUR/USD to continue lower, though there is one limiting factor: the Federal Reserve. Now that Brexit has transpired, the Fed is very unlikely to raise rates at any point this year. At one point in early-June, Fed funds futures contracts were pricing in a 26% chance of a rate hike in July; as of June 28, they were pricing in a 10% chance of a rate cut. No rate hikes are priced in through the first half of 2017 either. When the Fed formally takes on a more dovish stance over the next few weeks, its reduced glide path - expected future rate path - is likely to fall, which will hurt the US Dollar.

Aggregately, it's possible that EUR/USD takes these influences for one more swing lower towards $1.0500 over the course of the quarter, but not much lower; failure to take out the lows amid a potential inflection point in central bank policy (the Fed switching from relative tightening to more accommodation) could be a harbinger of a weaker US Dollar to come later on (in line with the view we warning we articulated in December 2015, that the Fed's rate hike cycle wouldn't help the US Dollar). As you’ll read below, there is also a case for EUR/USD to start a move towards $0.9500 – which would certainly be a sign of things going poorly in Europe.

Technicals: Time for a EUR/USD Turn?

In summary, the time is right for a change towards bullish behavior. Eight years of weakness conditions our minds to expect more weakness. The idea that this could be a bullish base rather than a bearish triangle seems preposterous! A weekly close above $1.1450 would warrant action in EUR/USD and set the stage for a run at $1.3000 in short order. If the March 2015 lows break, then the call for a bottom is wrong and focus would shift to $0.9450-.9550 (historical inflection point and measured objective). 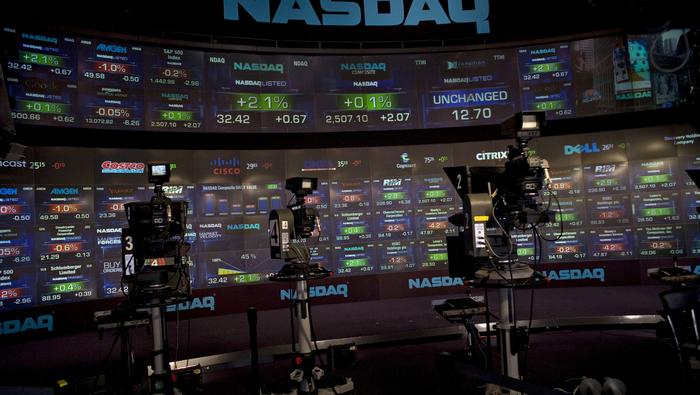