Traders Skeptical That RBA Will Cut Rates, How Will AUD-USD React?

We are extending a trend of monetary policy-directed event risk that has gained traction these past two weeks with an RBA rate decision Tuesday. This particular meeting will carry as much market-moving potential as the RBNZ, ECB and perhaps even the Fed meetings that have come before it. That potential is derived from the lack of conformity to expectations and the intensity with which the market is focusing on monetary policy as a primary fundamental driver for the market.

The impact of an event risk like this depends heavily on the market’s expectations going into the event. The more significant the contrast between forecasts and outcome, the greater the adjustment needs to be as people reposition and reprice. So, to gather traders’ expectations via social media, I conducted a poll on Twitter. As you can see below, by the time the tally hit 145 votes, the consensus became clear. A robust 69 percent expected the RBA to hold its benchmark rate at 2.00 percent. That compares to 31 percent who expected them to cut 25 basis points to 1.75%.

The retail trading ranks seemed to be more neutral than the financial system. Looking to swaps, we find the probability of a 25 bps cut to 1.75 percent was given a 44 percent probability. However, it should be said, that this outlet has sported a more dovish view of the RBA’s policy path for some time. That doesn’t mean it is ‘wrong’, as we garner from the central bank’s actual policy of keeping the door open to future rate cuts. 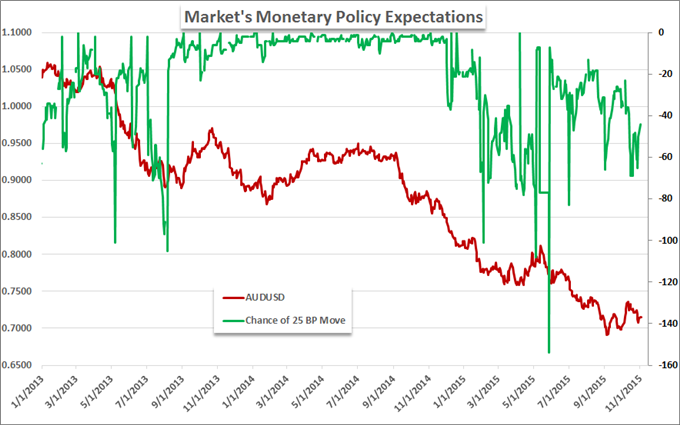 Looking further 12 months out, meanwhile, the forecast has remained relatively steady around pricing 50 bps worth of easing. That is still one of the more dovish leans among central banks that still have room to cut rates – versus those that have to resort to outright QE programs. 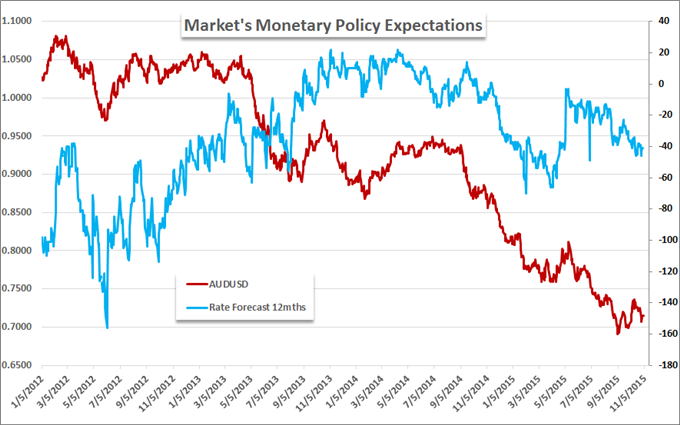 In contrast to the modest bearish expectations, FX traders positioning measured by the Speculative Sentiment Index (SSI) seems to draw an exceptional contrast to fundamentals. There are nearly double the number of long positions to those that are short. And, long positions – as can be seen below – are near their highest levels of the past year. 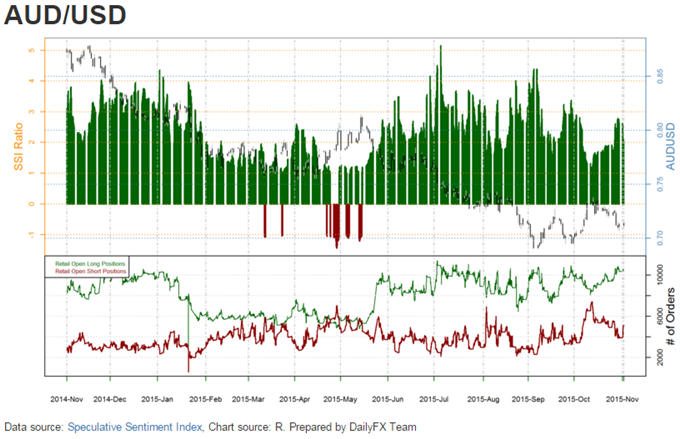 We can see the same positioning extreme against the AUDUSD’s price action. The consistent net-long view contrasts a trend that has remained broadly bearish throughout the same period. This is likely due to traders hoping to catch the volatile corrections that can occur in counter-trend moves. But such moves are infrequent. In this case, should the RBA hold rates; it is unlikely to generate much in the way of optimism for the Australian Dollar beyond covering some overzealous short views. Against a Dollar which is backed by a Fed actually contemplating a hike, it doesn’t really register. 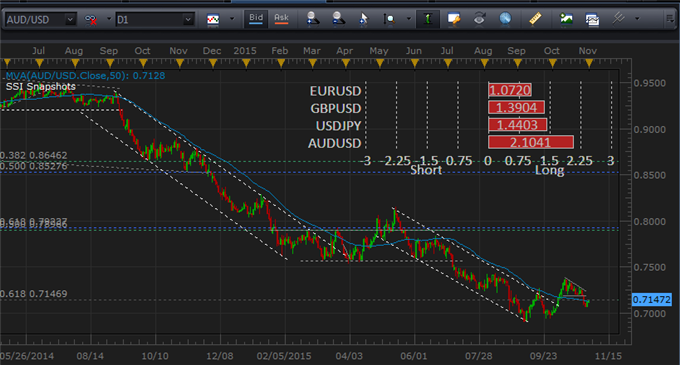 From another speculative positioning measure, the Commitment of Traders’ reading shows futures traders remain net short, but they are not built up with the same intensity that price seems to reflect. That may be a similar speculative contrast as the SSI, but with less of the extreme that the short-term view of the retail FX trader often works with. 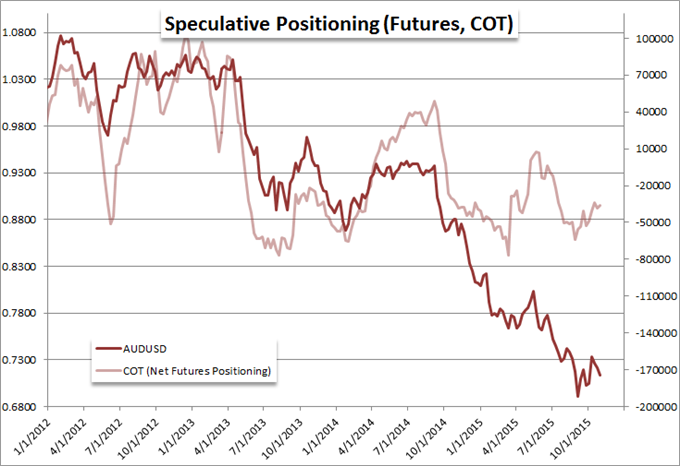 With the upcoming RBA decision, there are a few likely outcomes. In the most extreme ‘bullish’ outcome, the RBA not only holds rates, but further closes the door to further rate cuts. If that is the case, it will be important to choose a pairing that strongly reflects the level of ‘hawkish’ that this represents. It is really only a ‘neutral’ shift, so AUDUSD would be a poor contrast. However, something like EURAUD or AUDNZD are reasonable pairings.

On the other end of the scenario table is an outcome where the RBA surprises with a rate cut. That would be the outcome most likely to generate volatility as it finds the fewest people speculating on its realization. Choosing a counterpart that is a hawkish contrast is important. AUDUSD or GBPAUD offer the greatest juxtaposition while a pairing against the stimulus-oriented Euro or Yen would be a poor foundation

In the event that the outcome is middle of the road, whereby they hold rates but suggest a further cut is a possibility still be considered; choosing a pairing on the extreme opposite end of the monetary policy spectrum is all the more important. Seeing a mild bullish or dovish response first and then giving the fundamental gearing can help take advantage of the contrast. 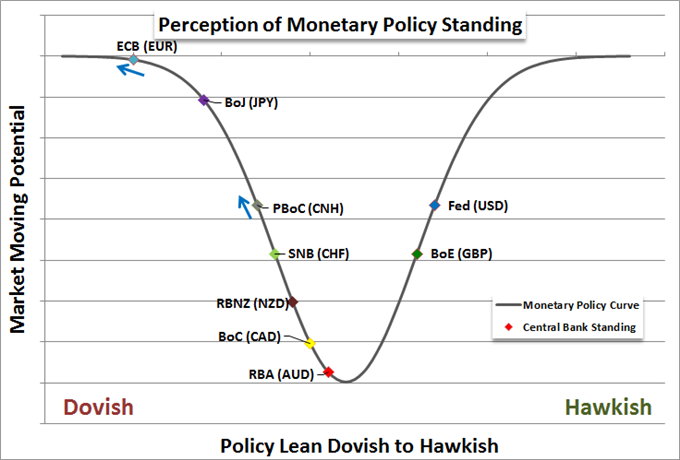