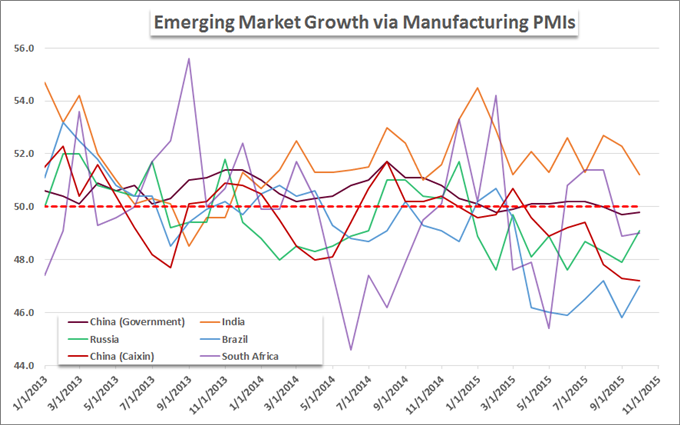 Brazil, Russia, India, China and South Africa are some of the most watched emerging markets because of their importance to the global economy. This set of countries, dubbed the BRICS, accounted for nearly 56 percent of developing countries’ GDP in 2014 and approximately 22 percent of global GDP in the same year. Lately, the health of these economies has been in question. The fear of the markets is that contracting growth in these countries may have spillovers in the rest of the world.

In recent months, PMI figures tracking the pace of manufacturing-sector growth in the BRICShave been lackluster.Four of the five countries’ latest PMI readings were below 50, indicating contraction of the factory sector. The only country to post a figure above 50 was India. Manufacturing data is a useful proxy for a country’s export prowess and helps to give a timely gauge of performance in emerging market economies, which are frequently reliant on overseas sales to power growth.

The IMF has voiced concern about the state of emerging markets as well. The organization stated that a expectations of a forthcoming interest rate hike from the Federal Reserve, a slowdown in China and a rout in commodities have weighed on global growth. The IMF lowered its growth forecast for this year by 0.2 percentage points to 3.3 percent. For the financial markets, this has translated into risk aversion. As such, investors are likely to continue to pay close attention to data coming out of the BRICS as a measure of the markets’ attitude. 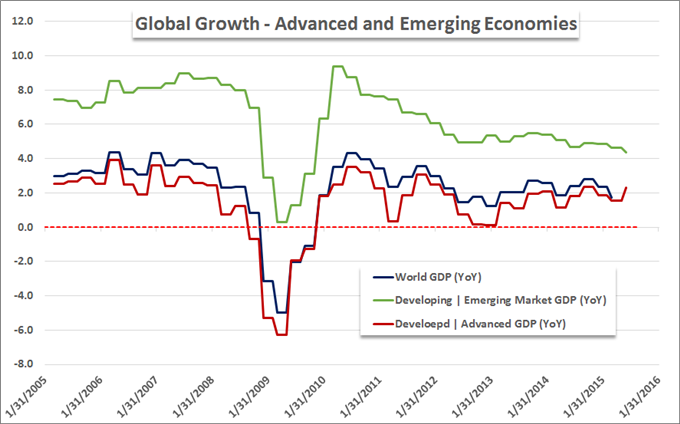