US equities were ravaged Thursday. Despite an otherwise light economic docket, the market was throttled to one of its most active trading days in months. In fact, the S&P 500 suffered its biggest daily drop (-2.1 percent) since February 3, 2014 on its way to six-month lows. From a technical perspective, that clears the ‘neckline’ of a prominent head-and-shoulders pattern that has developed throughout 2015 following nearly six years of consistent advance.

This dramatic move is remarkable given the general conditions in the financial system. While there has been selling pressure in other areas of the market (more on that later), conviction seemed to be sidelined and resilient US equities buoyant in accordance with the ‘Summer Trading Lull’. Historically, August is the quietest trading month for the capital market benchmark S&P 500 outside holiday-heavy December and shortened-February. In the seasonality breakdown, we can see volume and change are particularly tepid for the period. 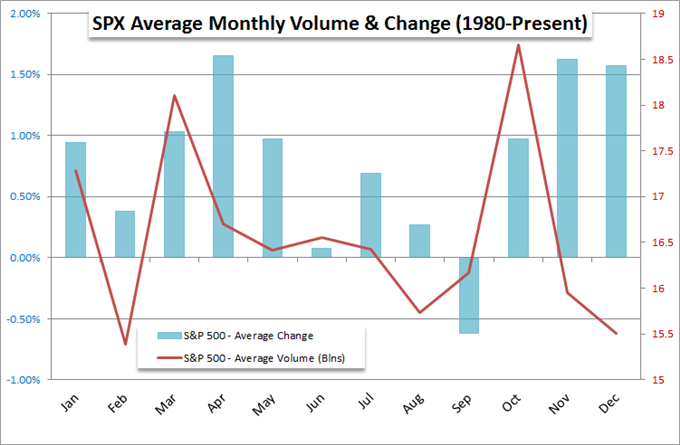 With this Thursday’s plunge, however, a jolt of fear has cut through the markets. A liquidity dearth can stall a major move from developing. Then again, a thin market can also act to amplify a committed move by the speculative ranks. Before jumping to the ‘world is ending’ view, it is important to remember that we have seen swells like this before. Sharp declines from a standard bearer like the S&P 500 and explosions in volatility have been recorded on a number of occasions over the months; and they have not turned the persistent bull. Yet, the march cannot continue forever from a fundamental, technical and practical perspective. 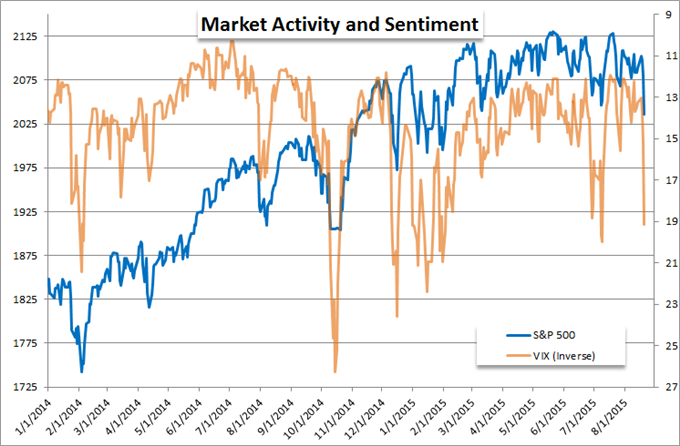 The onus of the next major financial market move does not rest with US stock benchmarks alone – though they have proven the most resilient to changing winds and are in some regards treated as the end of the line. Looking more broadly at global equity markets. We have seen this week’s selling pressure bite across the world. Volatility in the Shanghai Composite and critical breakdowns for the FTSE 100 are just a few other volatile developments that have been noted. 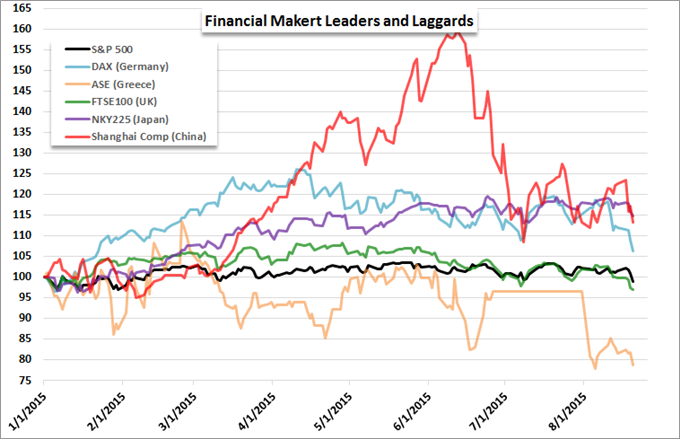 As we chart the next steps for the market, volatility measures – objectively for activity but frequently referred to as a gauge of ‘fear’ – willtune into how broad the effort to exit speculative excess will be. The stock-based VIX surged this past session, but it is prone to strong shocks. If the same sense of panic spreads across the broader financial system, it will more critically reflect on a motivated and elemental need to shift capital away from many growth/return-centric assets and into safe havens. 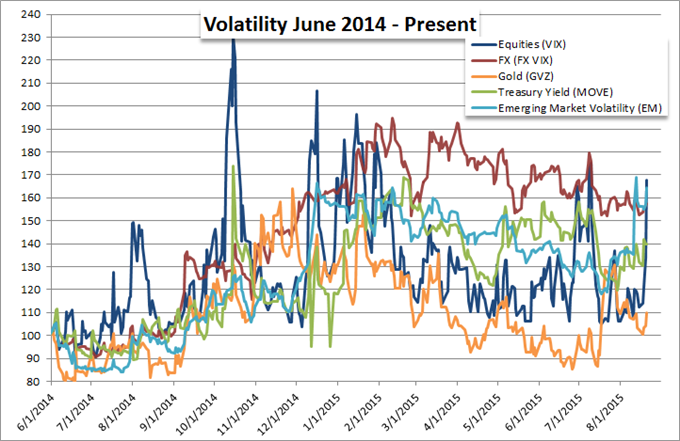 Looking at a range of various market types, there is reason to believe that the S&P 500 – and equities in general – are just slow to conform to an already existent fundamental deterioration in investor sentiment. Various assets that carry a speculative moniker – high yield debt, emerging markets, commodities, FX carry trade – have already moved lower in 2015. Even in a seasonal lull, a need to cut and run can take root. 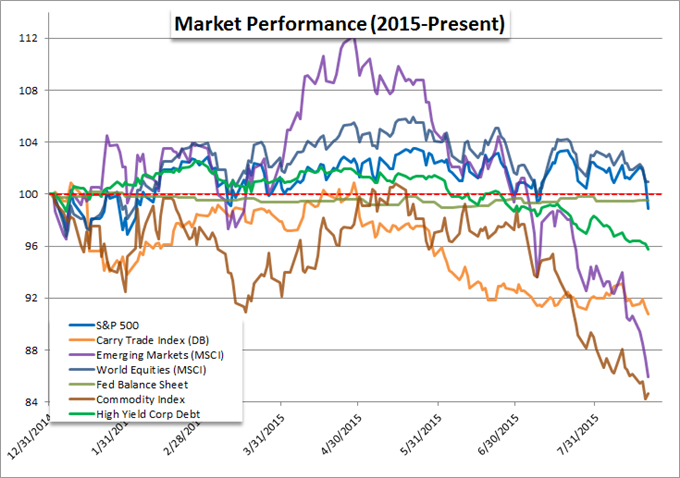