In the FX markets, there are two major themes that fight for control over market direction and momentum: market-wide investor sentiment and monetary policy expectations. While the Homeric pull between greed and fear continues, it is currently in a sort of equilibrium. Relative monetary policy on the other hand is in the midst of a strong stir from scheduled event risk. At the end of it, GBPUSD may finally find its way to a break from its 1.5700 – 1.5450 range.

Looking for technical signals to compliment your fundamental outlook, use the Technical Analyzer App on your charts.

Tuesday morning, the UK Office for National Statistics reported an unexpectedly rise in inflation pressures. The July figures covered price pressures for consumer, producers, retailers and even housing. The data the market was focusing on – as the Bank of England is using it to gauge timing for rate hikes – was the consumer numbers (CPI). When stripping out the volatile items such as energy and food, the ‘core’ CPI reading showed a sharper than expected jump to a 1.2 percent annualized pace.

While the pace of inflation is still well off the levels in the past that have inspired rate hikes, this biggest upside surprise in three years (see the chart below) factors in heavily in the ‘liftoff’ timing for the BoE. 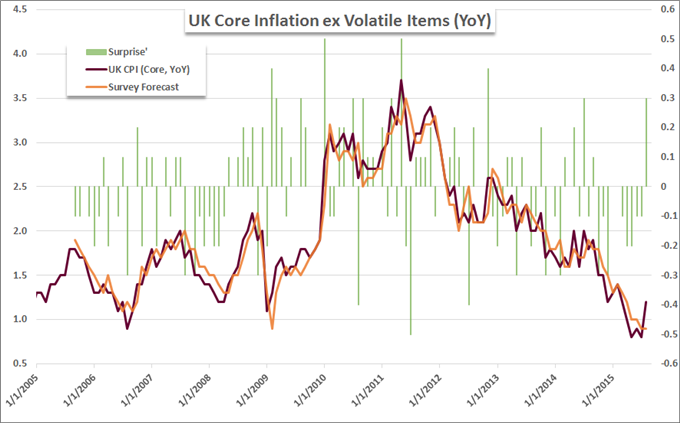 If the inflation jump feeds rate expectations, why hasn’t the Pound gained greater traction this past session? When we put the data into context, a more measured picture comes into view. While the core figure did jump more sharply, headline figures are still tepid with a 0.2 percent contraction from June and a meager 0.1 percent 0.1 percent increase from a year ago. There is still plenty of room in this data for doubt. And, doubt is what we see in Short Sterling futures which still do not put the first hike for the BoE until the first quarter of 2016 – in line with what the central bank itself projected in its recent Quarterly report. 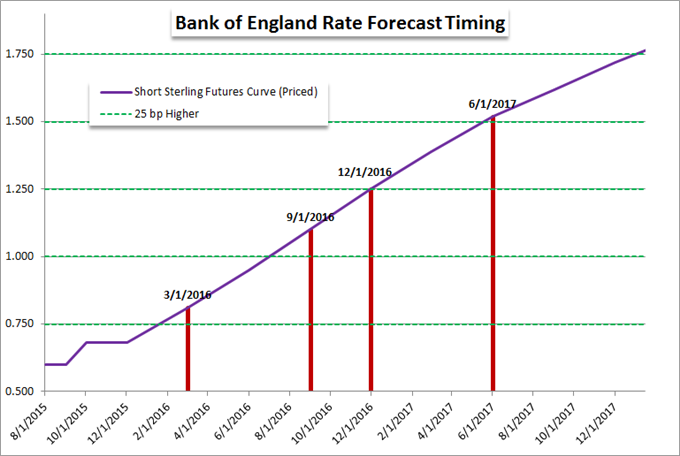 While the Pound may not have sailed clear of resistance and entered a new extended trend, there will be more market impact from this event risk. Monetary policy in the FX market is relative, which means changes in standing can leverage larger trends over time. We’ve already seen strong trend develop for pairs like EURGBP, GBJPY and GBPAUD. The most contentious technical picture amongst the pound crosses comes via the most contentious rate speculation between the UK and US (see below). 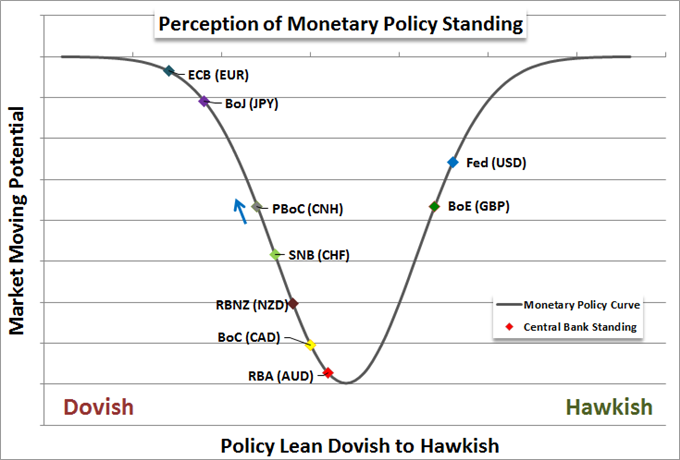 US Rate Forecasts Carry the Advantage, But Moves are ‘Data Dependent’

The only major central bank that is still perceived as more ‘hawkish’ than the BoE is the Federal Reserve. However, the forecasted timing for the Fed’s launch is just as controversial – if not more so – than the UK’s. US central bankers have left the door open to a hike sometime this year and hedged their bets by calling the eventual hike ‘data dependent’. That makes the upcoming US CPI reading a particularly important event risk. The missing ingredient for rate hikes from either group is ominous inflation pressure. 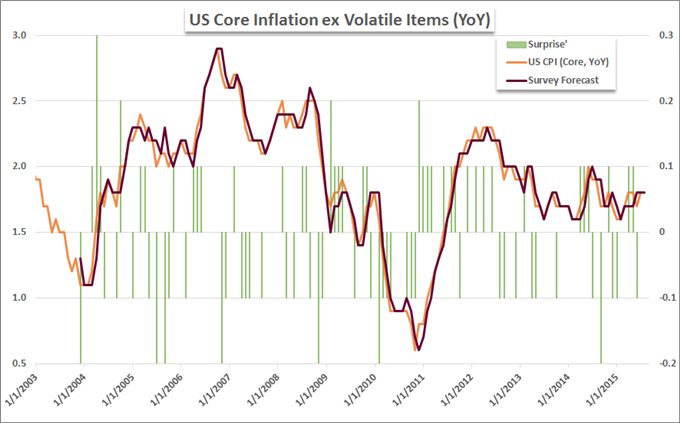 According to Federal Fund futures – a financial product used to help hedge changes in interest rates and thereby is adept at reflecting the market’s expectations – the first Fed hike is not fully priced in until January 2016. That said, there is generous speculation of a hike by December and even some modest debate over September. More importantly, the Fed’s own time table still projects two 25 bp hikes before year’s end. 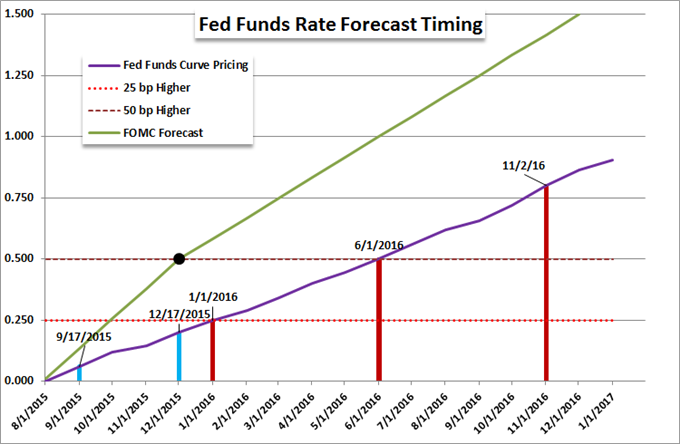 With both central banks not fully scheduled for a liftoff until early 2016, the GBPUSD becomes a highly controversial fundamental pair. However, we can look at measures that are a little more finely tuned to probabilities that fall short of certainty to see how the outlook is skewing in one currency’s favor or the other. An interesting one is what was see below between three-month yields (Libor) where there has recently been a sharp shift in favor of US hikes over the next quarter. 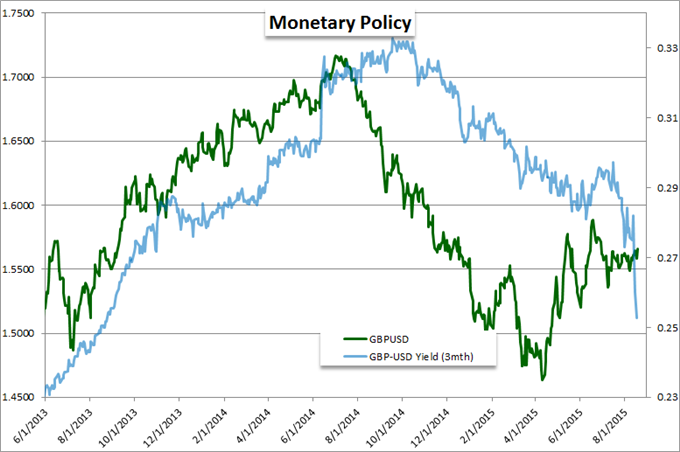 Will the shift in rate speculation turn more definitive such that either the Sterling or the Greenback will finally take over and breach its well-trodden range? That likely depends on the outcome of the upcoming US data (both CPI and the FOMC minutes). A strong showing will be looking to counteract the strong UK data. Weak data will compound the Pound’s advantage. In either outcome, we will still have to fight Summer Lull trading conditions.