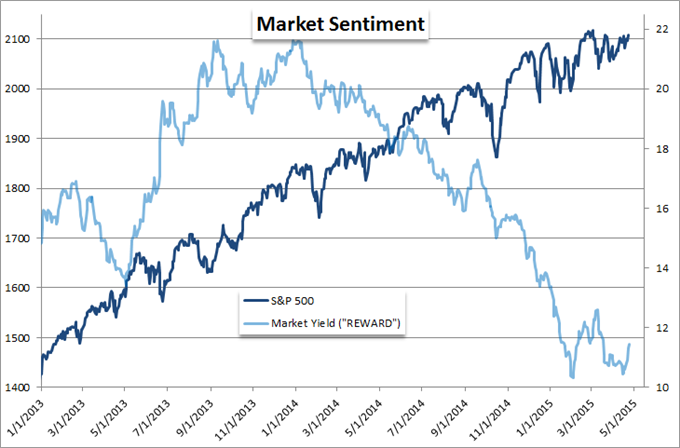 Global Yields Jump Most in Months - Where to Now?

Global yields have plunged over the past years largely on the basis of exceptionally accommodative monetary policy by the world’s largest central banks. As the Fed weighs in on the merits and timing of policy normalization, the conversation of extremely low government bond yields becomes more tenuous. However, a wholesale reversal in government bond yields the world over will have a significant headwind to overcome. Are we starting to see this equilibrium tested?

This past session, yields jumped sharply across the board. In fact, an aggregate of government bond yields form the ‘majors’ experienced its biggest daily increase since February 6 – before that, we hadn’t seen a comparable move since June of 2013. Such a stubstantial move speaks to the early changes in monetary policy we are witnessing in certain parts of the world (like the US), but it may also speak to natural limitations for persistent advances in bond prices – and therefore declines in yield.

While there is certainly more room for many of the world’s largest bond markets to further drive yields lower – indeed some regions in the world are seeing negative rates up the curve (Germany for example) – progress will likely slow. In the chart below, we put the situation better into context. The recent uptick in yields is modest compared to the trend that we have seen in the preceding years, but we are already treading record lows on this aggregate measure. 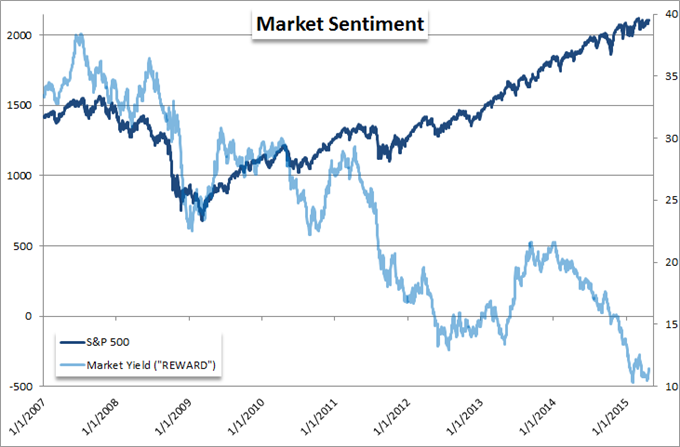 Amongst the majors, the most robust case for a turn in yields falls to US Treasuries. The Federal Reserve maintained a consistent bid underneath the market by transitioning from QE1 to QE2 to Operation Twist and then the open-ended QE3 program. The demand was persistent and the holdings they amassed significant. However, with the end of the program this past October, the heavy-handed buyer closed the tap. A managed decline in yields and rise in US equites – unusual as these asset classes are considered substitutes depending on the sentiment in the market – has plateaued and the market finds itself increasingly responsible for the next stage. If rates are going to turn, they will begin here first. 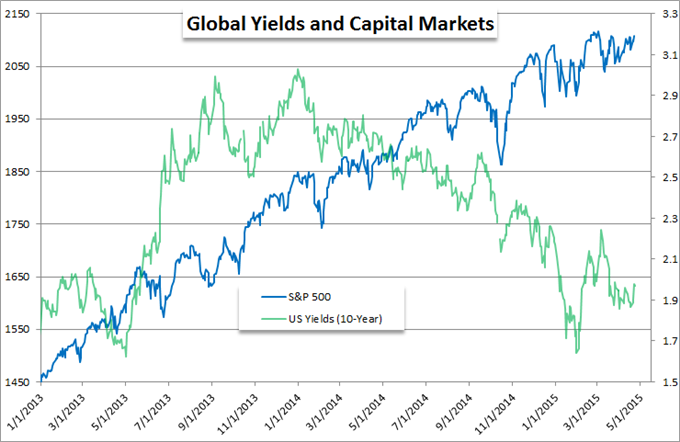 It is difficult to determine whether a change in Treasury yields bearing will drag other region’s sovereign debt with it. That will be particularly difficult for other liquid debt markets where the forumula for lowered lending rates is being applied – namely more QE. In the Eurozone, the ECB has just recently implemented a monthly stimulus program that is expected to run at least to September 2016. A number of Eurozone bonds are open game, but the German Bund carries the deepest liquidity. What’s more, there are already reports that the central bank is running out of available supply to tap. 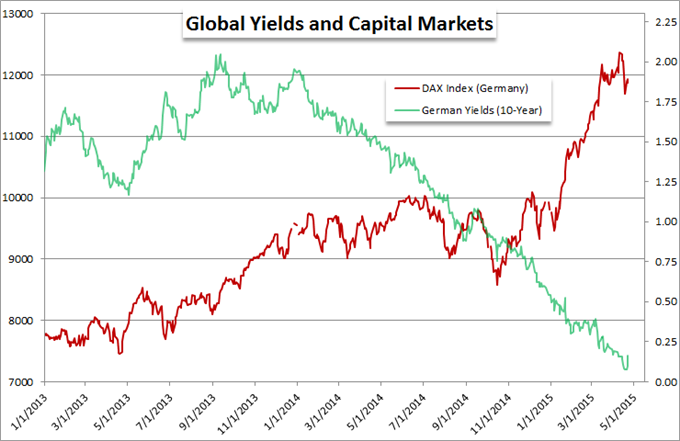 Whether a cap in supply or a cap in confidence in stimulus programs, there is growing skepticism over how far central banks will be able to manipulate rates moving forward. To some investment giants, this presents an opportunity. In fact, Bill Gross of Janus Capital Inc remarked recently that Bunds represented the ‘short of a lifetime’. 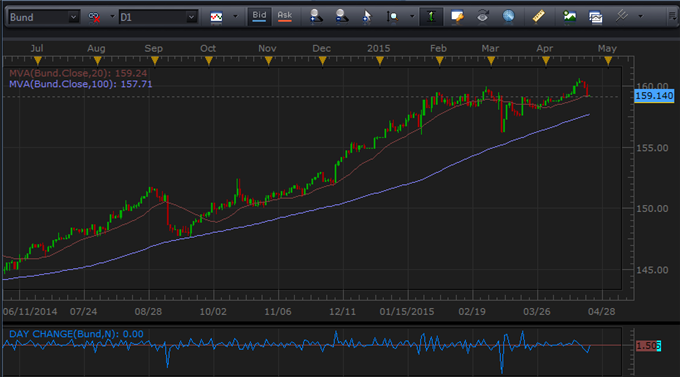 In Japan, yields are further unique. The Bank of Japan has committed to a stimulus program coined QQE whereby it purchases assets – including JGBs (Japanese Government Bonds) – on a monthly basis. The program has been in place since April 2013 but they have not signaled any certain end. What makes this region even more remarkable is that the country has battled disinflation for decades while demographic and investor profiles in Japan have kept the assets bid (yields low) even before the implementation of stimulus. Yet, low borrowing costs may not be the salve in Japan that it is in other countries. Local investors and even the country’s enormous pension fund are suffering from a lack of return by holding the assets alongside rising liabilities, and interest is increasingly moving abroad to find meaningful return. 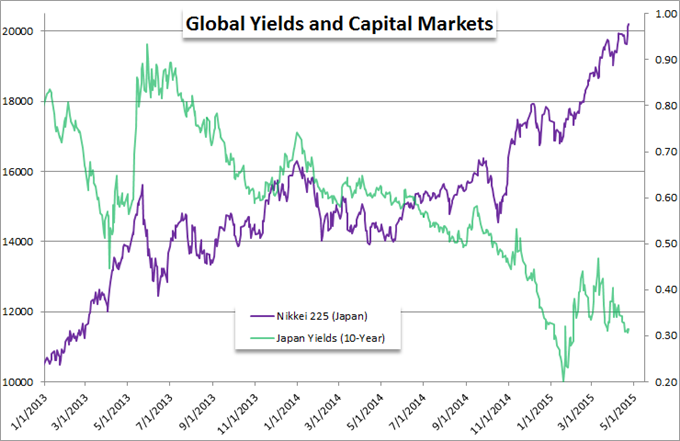