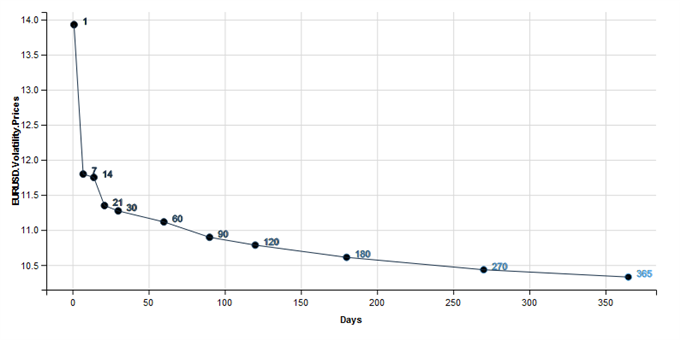 We’ve recently written on why Greece remains a major threat to financial market stability and the Euro currency itself. And indeed those tensions may be coming to a head as traders send EUR/USD volatility prices significantly higher ahead of the upcoming Greek debt auction. The central point is clear: if Greece fails to refinance expiring Treasury Bills at an acceptable rate, the risks of a larger Greek government default grows significantly.

April 9 - Greece is to pay €460m to the IMF under terms of first bailout agreement.

As we wrote last week, some of the most sophisticated traders in the world believe that the coming two weeks will bring substantially more uncertainty than the coming year. This is somewhat illogical—there’s far more you can’t know about 365 days in price action than you can expect in 24 hours. Yet it underlines the urgency of upcoming risks.

If the Greek government fails to hold a successful auction for a relatively modest €875 million in 178-Day Treasury Bills it will signal that investors have all but lost confidence in its solvency.

As it stands most of the Greek government’s short-term debt is held by domestic banks. In normal circumstances those same banks might step in and buy more Greek debt. Yet the domestic financial sector is heavily dependent on substantial Emergency Liquidity Assistance (ELA) from the European Central Bank for its own liquidity. European officials have already told Greek banks that they are not to increase their holdings of short-term government debt.

Demand for tomorrow’s auction will have to come from private investors—domestic or abroad—to cover any gaps for the embattled Greek Treasury. The secondary market for the maturing debt shows that private investors are demanding a usurious 35 percent effective annual yield for debt maturing next week. This is a dangerous signal that private demand will not cover the shortfalls of what Greek banks cannot buy themselves. 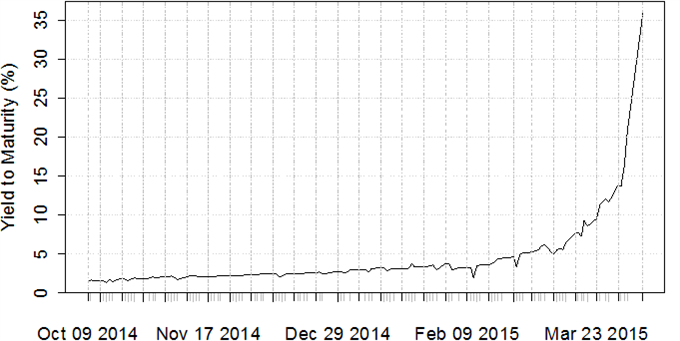 The apparent lack of private demand for its Treasury Bills leaves the Greek Government at risk, and ultimately its best hope may rest on purchases from other sovereign governments. And indeed Greek Government officials have made very public overtures to curry favor with Chinese and Russian governments as of late. Whether or not this results in actual bond buying remains to be seen.

Euro Reactions are Far from Predictable

We’re entering a critical stretch for the ongoing Greek sovereign debt crisis, and the next 24 hours may determine near-term direction in the Euro and domestic financial markets.

If the upcoming Greek debt auction fails to elicit sufficient interest, we could see substantial Euro volatility and broader financial market turmoil. Heightened sovereign risks could discourage market makers from making prices in EUR pairs, and in effect this means that the Euro could both rally and fall sharply on any news headlines.

Any surprises could force substantial market moves, and traders should limit trading leverage—particularly in EUR pairs—ahead of the key dates.