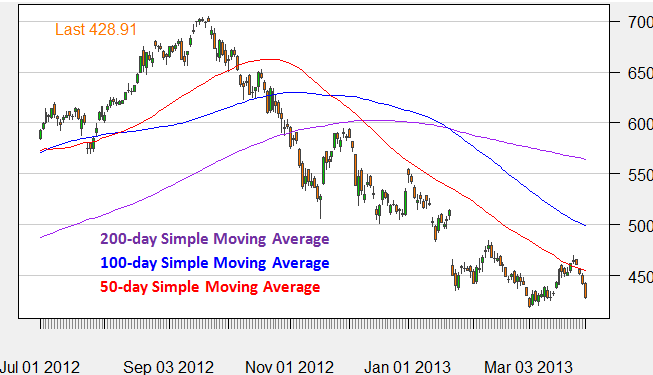 Buying Apple Stock? One Critical Factor to Keep in Mind

Apple stock (NASDAQ: AAPL) has fallen sharply, and some claim it might be time to buy. But here’s one key risk to keep in mind before you touch Apple stock.

Trade idea: Hedge against Apple exposure to the Chinese currency by selling USD/CNH via FXCM LTD

Why has Apple Stock Fallen so Sharply? Can it Fall Further?

Apple stock has fallen by as much as 40 percent from all-time highs as the previously high-flying equity falls victim to its own success. Apple stock had previously seen incredible gains—doubling twice over the course of the preceding three years.

Given significant gains, many likely sold Apple stock in late 2013 in anticipation of higher US capital gains taxes in 2013. How do we explain further losses in 2013? There’s only so much in losses that investors can bear, and the fact that the stock now trades decisively below its key 200-day Simple Moving Average may have encouraged many technical traders to sell their holdings.

We see danger of further declines as Apple sees important exchange rate risk; the US Dollar continues to decline against the Chinese Yuan. Why is this significant?

Apple depends on Chinese manufacturers to finish assembly of its products, which are then exported back to the United States. This means that it has significant expenses in the Chinese Yuan, while the bulk of its revenues come from abroad. Why is this potentially a problem?

The Chinese Yuan has consistently appreciated against the US Dollar, which in turn has increased China’s costs of production. According to a study by CNN Money, the appreciation in the CNY was a key reason why Apple missed earnings forecasts in Q4, 2012.

If the US Dollar/Chinese Yuan exchange rate had remained stable, Apple could have beaten earnings forecasts by 12 cents per share (it disappointed by 8 cents per share).

Apple Stock Falls as Chinese Yuan Appreciates Against the US Dollar 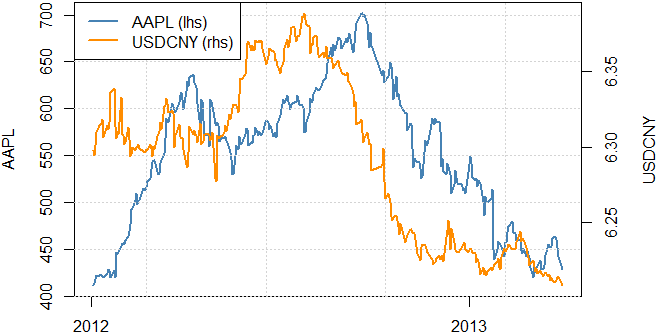 Correlation does not imply causality, but it is worth noting that the Chinese currency continues to appreciate against the US Dollar as Apple stock falls to fresh lows.

Apple stock could fall further if the USDCNY pair continues to decline. How can you hedge?

It would be impossible to hedge against all risks to Apple stock—short of selling it—but what could the trader do to protect against exchange rate risk? One potential solution is to look to trade the Chinese currency.

The USDCNY exchange rate is not tradable by foreigners. Yet the offshore equivalent in the USDCNH is a very strong proxy for the Chinese Yuan. 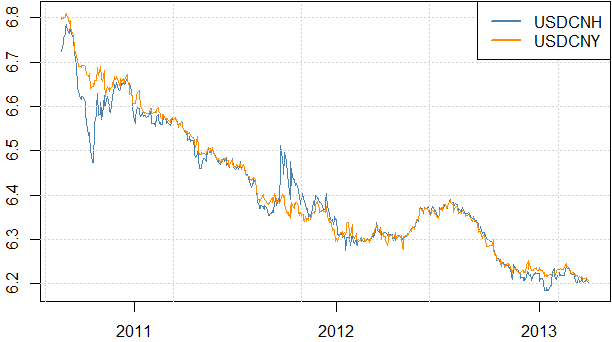 A USDCNH-short position would help mitigate the exchange rate risk inherent to Apple stock, and indeed it could have provided an attractive opportunity to offset some of the recent declines in Apple.

Given Apple’s significant exposure to the Chinese Yuan, we would expect this relationship to continue through the foreseeable future.