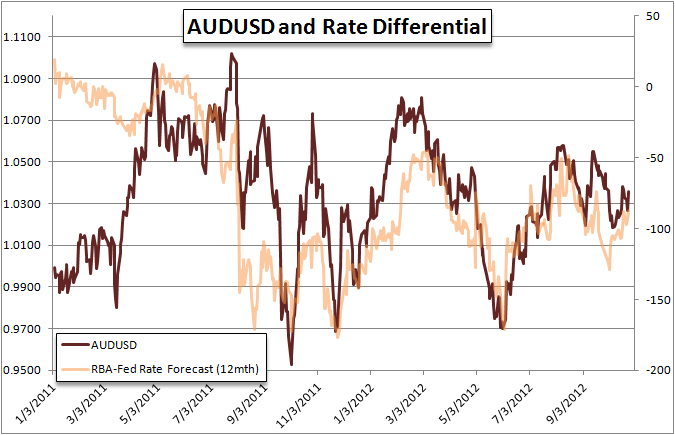 The currency markets – like every other asset class – are guided by the balance of ‘risk’ and ‘reward’. The risk component is easy enough to measure through a general sense of fear or through the volatility indicators. Reward (or return) should be just as straightforward, but there are a few considerations that we must account for.

When we measure the benchmark for return in the FX market, we are referring to the yield that a currency or differential that a currency pair presents rather than a rise or fall in the exchange rate. Yields are known and changes to the exchange rate are fully speculation. But there are speculative aspects to the benchmark market rates as well. A market full of traders will work to price in expected changes to key rates. In fact, this is one of primary fundamental drivers of the currency market.

And yet, we find today that yields have been slashed to extremely low levels. Despite that fact, investors are still trying to chase the anemic levels of return. However, as the last of the investment currencies see their rates fluctuate, we find the yield outlook can take over the top spot for driving a currency.

Over the past month, we have seen a very different picture of the three most liquid ‘carry’ currencies. The Reserve bank of Australia (RBA) cut its benchmark rate for a fifth time in its current cycle and has threatened further rate cuts are possible moving forward. This morning the Reserve Bank of New Zealand (RBNZ) held its benchmark rate and surprisingly maintained an outlook for inflation to pick back up to target zone levels (2 percent) despite 3Q figures printing a 1999-low 0.8 percent figure. Ultimately, the New Zealand authority maintains a slightly hawkish bearing. And, at the upper end of the scale, we have the Bank of Canada (BoC). Despite a slowdown in inflation figures, concerns of domestic bubbles and a global economic slowdown; the central bank yesterday said a hike moving forward was more likely. 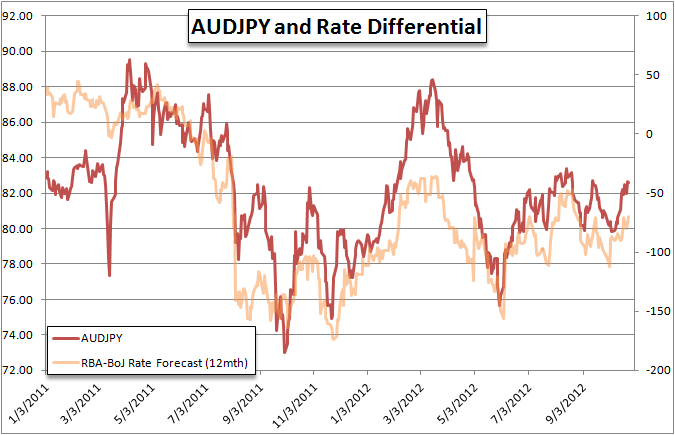 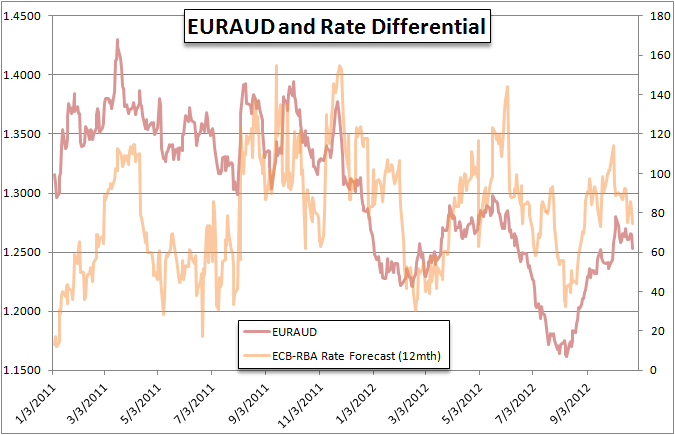 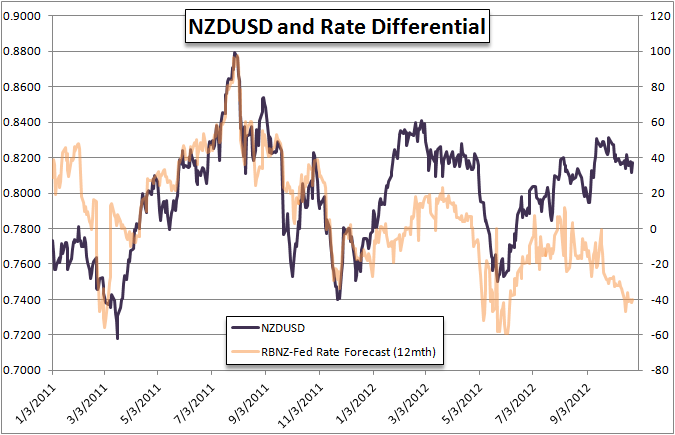 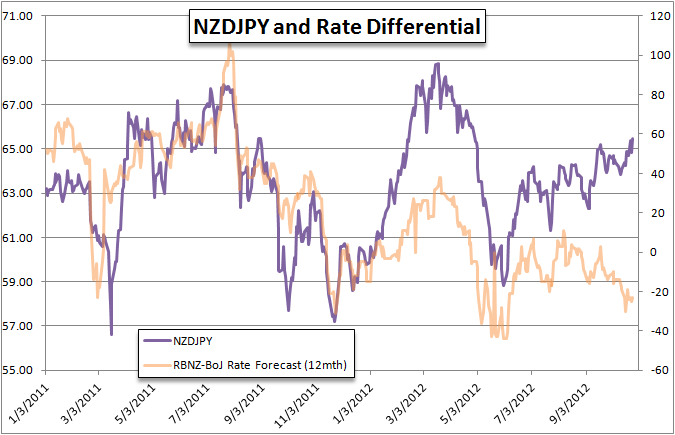 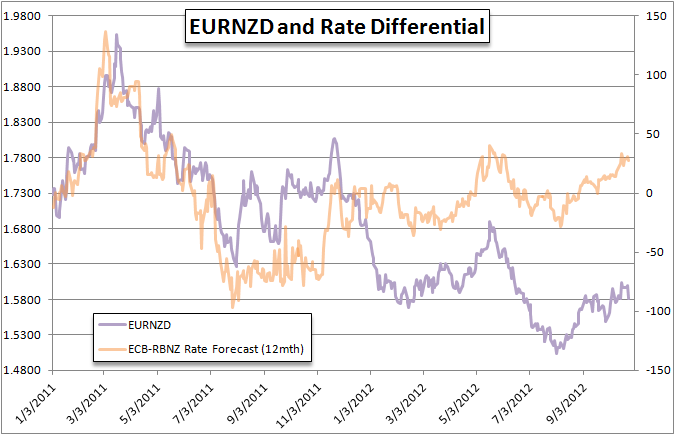 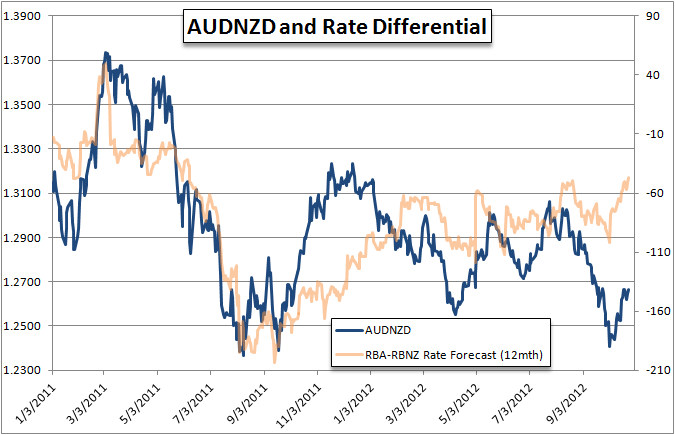 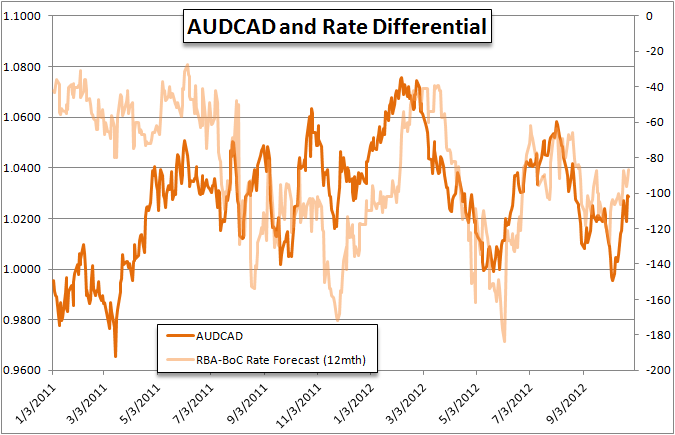 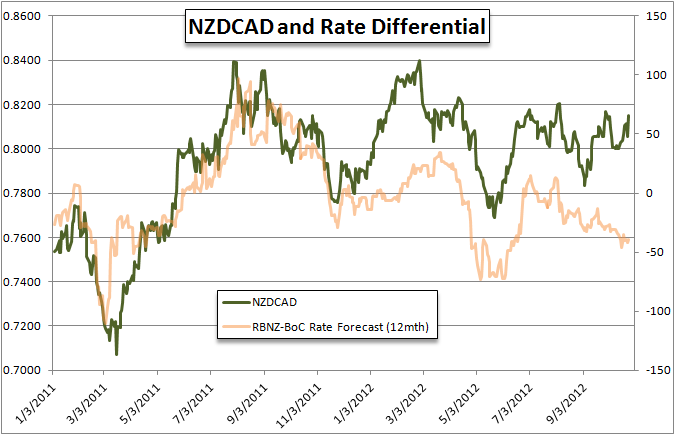