Want to Trade the Iraqi Dinar?

While the Iraqi Dinar has become a currency-du-jour of sorts, with many so-called experts claiming that it is a smart investment option for foreign exchange traders, the current underlying fundamentals of Iraq and the Middle East on the whole make it an unappealing trading opportunity for the time being and years to come.

Primarily, there is no market for the Iraqi Dinar (spot: USDIQD) right now. Starting in 2004, following the US led invasion of Iraq, the Dinar has faced illiquid market conditions amid continued uncertainty of the political outlook of the country. Despite appreciating from 2004 to early 2009, since February 2009, the USDIQD has held steady near a de facto currency peg of 1 US Dollar = 1170.00 Iraqi Dinar. In January 2012, it weakened to 1165.00. The chart below says it all: 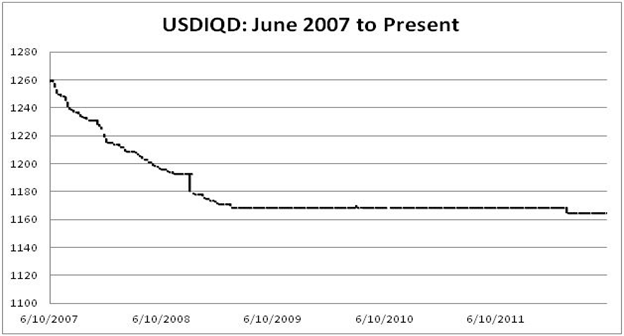 Despite these conditions, investors are still drawn to the prospect of a politically stable Iraq in the future, and, more likely, finding exposure to movements in oil – good reasons to invest in a potential commodity. Currently, Iraq’s oil reserves are the second largest in the world – a scintillating prospect for investment should Iraq increase the number of barrels of oil it exports a day. However, given that there are few buyers and sellers of the Iraqi Dinar currently, those seeking to expose themselves to the prospect of appreciating oil prices should look elsewhere. 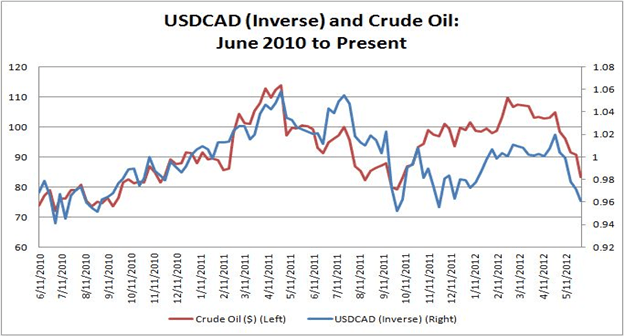 Over the past two years, four currency pairs have moved significantly with Crude Oil futures, making them an appealing trading opportunity for those looking for exposure to commodity strength. If investors are looking for said opportunities, they should look no further than going long AUDJPY, long AUDUSD, long CADJPY, or short USDCAD.Accordingly, trading these pairs as exposure to oil has resulted in greater yields than Crude Oil itself over the past two years. 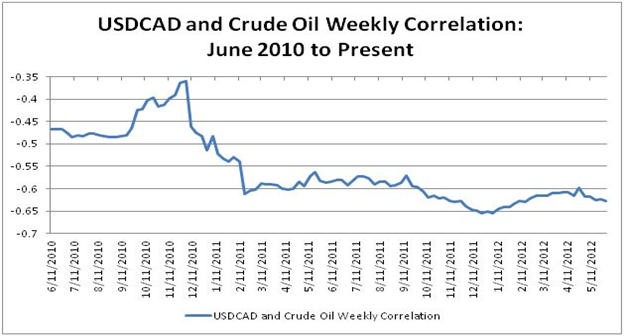 As quantitative easing is expected to resume around the globe for the coming months, broad market sentiment is that commodities should resume their recent trend of appreciation. Now, with the USDCAD pair holding near its highest correlation to Crude Oil in the past decade, opportunity exists for traders to yield significant profits on any further Crude Oil appreciation in the coming months by going short USDCAD, or even long AUDJPY, long AUDUSD, or long CADJPY.