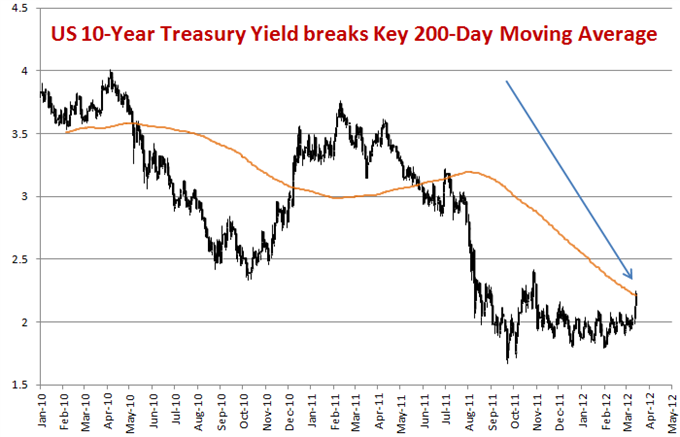 A dramatic surge in US bond yields has sent the US Dollar to fresh 11-month highs against the Japanese Yen, and a tectonic shift in forex market sentiment suggests the USDJPY rally is here to stay.

The US 10-year Treasury Yield has surged above its 200-day Moving Average for the first time since July, 2011, and the highly-correlated US Dollar/Japanese Yen has broken to similar peaks.

Chart of US 10-Year Treasury Yield

If this is truly the break we have been waiting for in bond yields, we expect the USDJPY to follow in kind. The 10-year Treasury Yield has actually remained somewhat subdued and the yield Japanese Yen has nonetheless fallen sharply against the US Dollar. Today’s surge in both the USDJPY and the 10-Year rate suggests that there is yet another reason to watch for further Yen weakness/US Dollar strength. Such insight lines up well with a similarly significant shift in forex trader sentiment.

US Dollar/Japanese Yen versus US 10-Year Treasury Yield 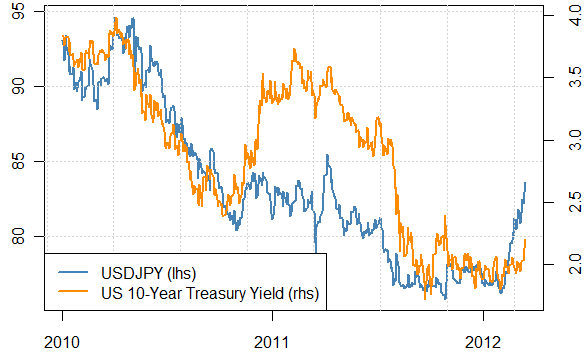 Our proprietary Speculative Sentiment Index (SSI) data has called for US Dollar losses against the Japanese Yen since it traded below ¥90, but a more recent shift says the opposite. The SSI measures retail forex trader sentiment as seen through FXCM Execution Desk data. Crowds have remained heavily net-long for nearly two years. As of today, crowds have moved net-short and provide strong contrarian signal that the pair could continue higher. 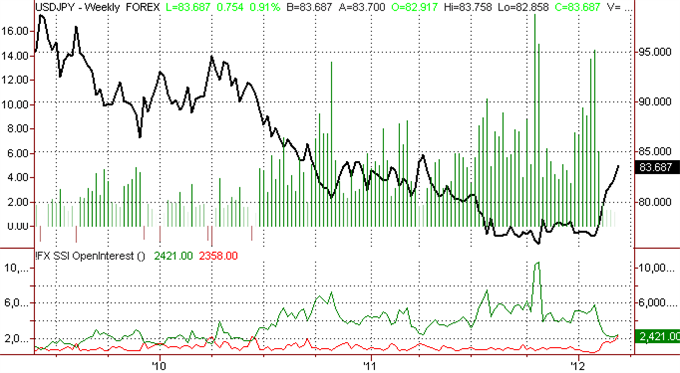 Where do we go from here? It would be foolish to believe that the USDJPY could not correct lower before continuing to fresh highs. Our forex technical forecast predicts that 81.95 is a significant area for support. If and when the US Dollar does correct lower against the Japanese Yen, we may look to buy in expectations of continued USDJPY strength.

To receive reports based on the Speculative Sentiment Index and other quantitative studies via e-mail, send a message with subject line “Distribution List” to drodriguez@dailyfx.com