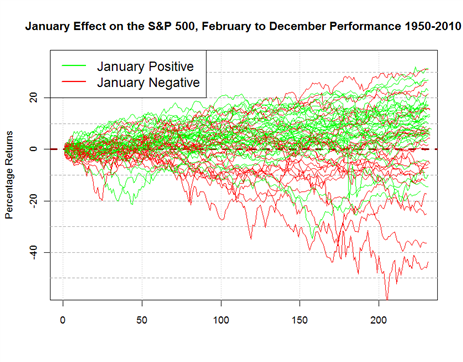 Strong US Dow Jones Industrial Average and S&P 500 performance through January suggests that stocks and potentially the Euro/US Dollar currency pair could continue higher through the rest of the year.

A 61-year study in the US S&P 500 (1950-2010) has shown that January performance predicts the direction of performance for February-December in 44 out of 61 years. In other words, a loss or a gain for the month of January has predicted the same from February-December with 72% accuracy. A similar study on the Euro/US Dollar currency pair points out that January performance predicted the change through the rest of the year in 20 of the past 31 years—good for 65 percent accuracy. (Synthetic EUR rates used prior to 1999)

Any responsible statistician would tell you that correlation does not imply causality, and this could be mere coincidence. Yet the evidence is difficult to deny, and a EUR/USD and S&P 500 advance through January may set the stage for continued strength through the year.

The major caveat for this thesis is that it is anything but foolproof. In fact the ‘January effect’ has not predicted S&P 500 for the past two trading years. In 2009, the S&P fell over 12 percent in January and yet finished the year significantly higher. We saw similar in 2010, when the major risk barometer dropped over 5 percent in January only to recover noticeably and post noteworthy appreciation through year-end.

Financial market volatility in recent years makes it painfully clear that one should always expect the unexpected. Yet considerable gains in the often-pivotal month of January favors continued S&P 500 and Euro strength in 2011. 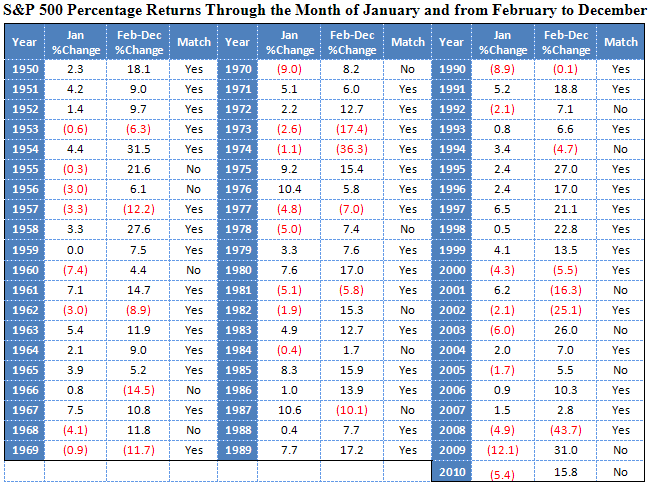 January Effect for the US Dollar against the Euro

Taking a closer look at the past 31 years of Euro/US Dollar price action gives us a very similar result. January performance predicted February-December moves in 20 out of 31 years. In other words, a loss or a gain for the month of January has predicted the same from February-December with 65% accuracy. Interestingly, the prediction has failed to materialize in three of the past four years.

A 2.5 percent Euro/US Dollar advance through the past month of January bodes well for the single currency going forward. It is worth noting that the US Dollar did not fall uniformly across major currency counterparts on the month, however. The Greenback only saw material declines against the Euro and British Pound—unlike in 2010 when it rallied against all except the Japanese Yen. Such an outcome arguably waters down calls for continued USD weakness across the board. Yet it has been a challenging start to the year for the USD and it is difficult to call for a noteworthy reversal amidst continued losses through the first trading day of February.

It is likewise worth noting that there is a noticeable tendency for the EURUSD to make its high or low for the entire year in January. Since 1980, the high for the year has occurred in January 13 times (42% of the time), most recently in 2010. The low has occurred through January in 8 of those years, or 26% of the time and most recently in 2007. If that holds true in 2011, then the low may have occurred on January 10 at approximately 1.2870. 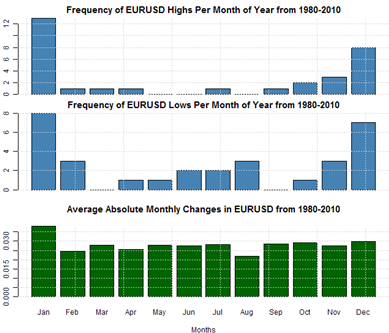 Keep in mind that analysis and trading are probabilistic exercises and that therefore nothing is foolproof. Still, one must consider the possibility that the EURUSD may have already made its low for 2011.

The information contained herein is derived from sources we believe to be reliable, but of which we have not independently verified. FOREX CAPITAL MARKETS, L.L.C.® assumes no responsibility for errors, inaccuracies or omissions in these materials, nor shall it be liable for damages arising out of any person’s reliance upon this information. FOREX CAPITAL MARKETS, L.L.C.® does not warrant the accuracy or completeness of the information, text, graphics, links or other items contained within these materials. FOREX CAPITAL MARKETS, L.L.C.® shall not be liable for any special, indirect, incidental, or consequential damages, including without limitation losses, lost revenues, or lost profits that may result from these materials. Opinions and estimates constitute our judgment and are subject to change without notice. Past performance is not indicative of future results. 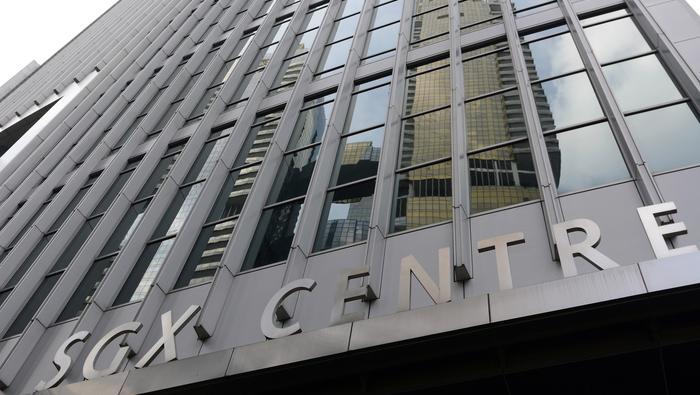