EURUSD – Short-covering seems to remain the dominant driver of Euro price action, with spot prices showing a strong inverse correlation with the IMM measure of net speculative short positions on 13-week percent-change studies. Positioning is still skewed to the short side relative to its long-term average, hinting that there is still significant room for continued readjustment to send the single currency higher in the near term. Domestically, the main event will be the release of results from a series of stress tests of European banks designed to gauge their ability to withstand a sovereign default in the region. These will determine if the ECB will renew long-term repo operations (LTROs), and outcome that would deepen the liquidity pool and weigh yields, sending the Euro lower. July’s preliminary Euro Zone PMI and Consumer Confidence figures as well as Germany’s IFO survey of business confidence are also of note. 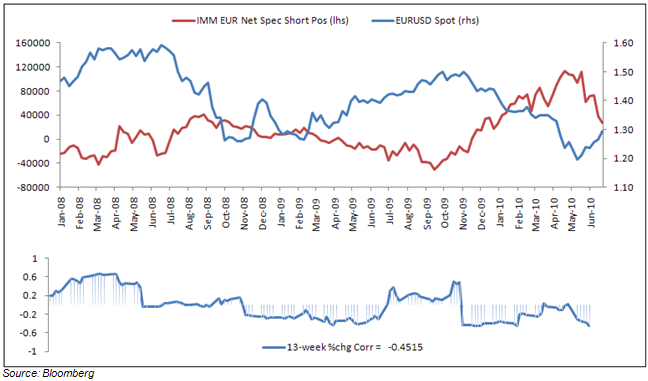 GBPUSD – Relative monetary policy expectations appear to be in focus for the British Pound, with the correlation of spot prices and the spread between the two countries’ 3-month Libor rates tracking at the highest since December 2009 since early spring. This puts the onus on the release of the minutes from July’s Bank of England policy meeting – the first one since the government announced an ambitious emergency budget that promised to slash the deficit by 6.3 percent of GDP by 2014-15 – as markets size up the central bank’s take on the ruling coalition’s plans and their implications for where interest rates go from here. Friday’s release of second-quarter GDP figures is also of note. 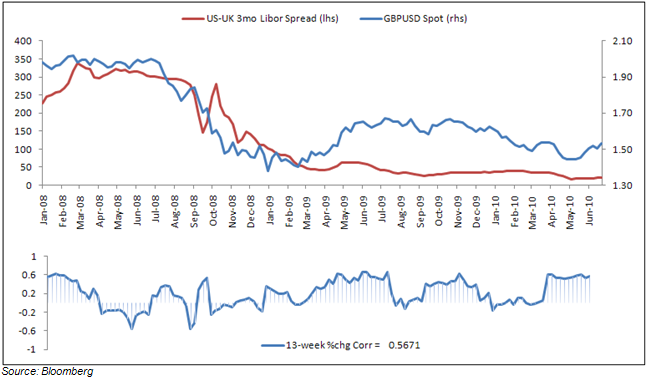 USDJPY – The US earnings season remains in focus as investors continue to look at the world’s largest consumer market as the bellwether of the global economic recovery, particularly with European growth likely to prove lackluster as the region works through its sovereign debt burden while China hits the brakes amid fears of asset bubbles and runaway inflation. Indeed, USDJPY continues to show a firm correlation with the MSCI World Stock Index on 20-day percent-change studies, meaning investor’s top funding currency is firmly anchored to the ebb and flow of Wall St in the days ahead. 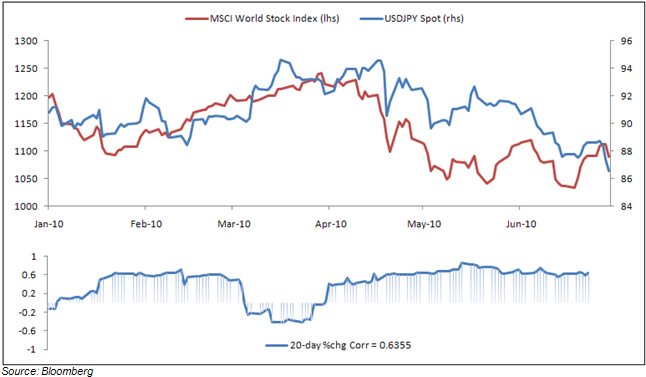 USDCAD, AUDUSD, NZDUSD – The commodity bloc remains closely tied to risk sentiment, with prices continuing to show formidable correlations with the MSCI World Stock Index (AUD: 0.90, NZD: 0.76 and CAD: 0.85) on 20-day percent-change studies. As with the Yen, this puts the spotlight on the US earnings season and what investors are able to derive from it by way of an outlook on the sustainability of the global economic recovery. Canada’s interest rate decision headlines the economic calendar, though the outcome may not prove to have a lasting impact considering a rate hike is likely priced in at this point. Indeed, a Credit Suisse gauge of priced-in expectations shows traders see a 100 percent chance of a 25bps increase. 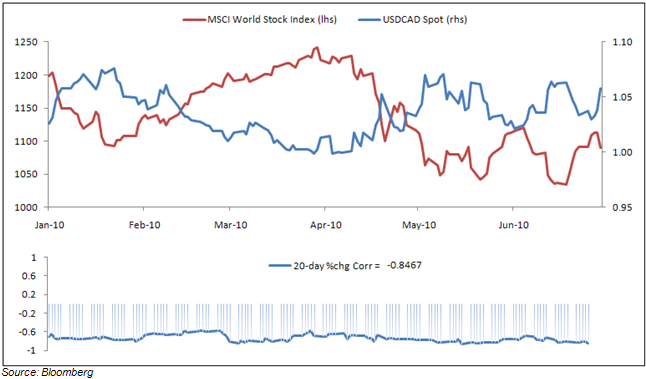 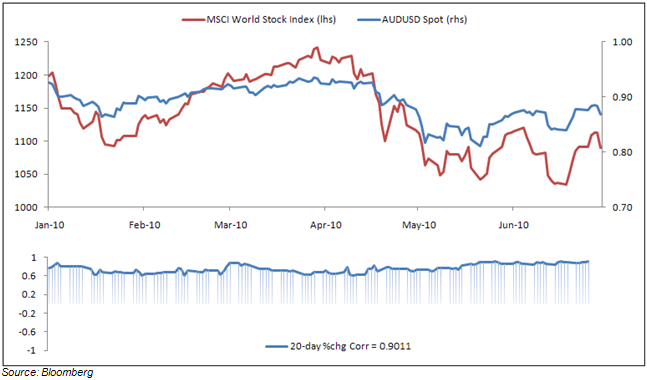 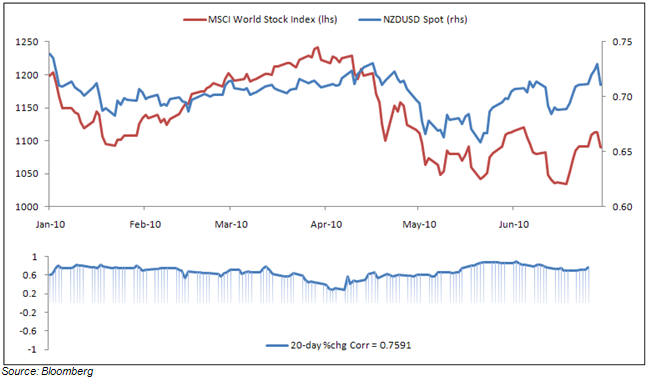