Why Biden China Policy May Rattle Stock Markets, Boost the US Dollar

Year-to-date, the S&P 500 has risen a little over 11 percent while the tech-leaning Nasdaq Composite index has lagged, showing gains of only a little over six percent. The latter’s lukewarm performance has been in large part due to the capital exodus from pandemic-thriving sectors - like tech - into more cyclically-sensitive industries - like consumer goods.

Two factors seem to be the key drivers behind this change. The first is the bold fiscal stimulus injections from both former US President Donald Trump and his successor Joe Biden; the other is the unprecedented vaccine campaign. Combined, they have led to a reopening of the economy and brightened the outlook for economic growth - or so we thought. 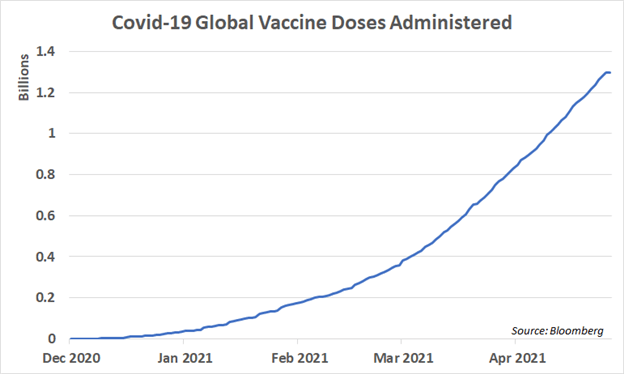 Despite the IMF projection of global growth reaching six percent at the end of 2021 - revised upward from 5.5 percent - political volatility between the US and China may derail the outlook. Relations between Beijing and Washington severely deteriorated under Mr. Trump, in large part due to the trade war and disputes over Hong Kong’s new security laws.

While many speculated a return to “normal” in international affairs under Mr. Biden, escalated tensions with China remain a common denominator between the two presidents. In a speech marking his 100 days in office, Biden said that he welcomes competition with China but made it clear that “we will defend America’s interests across the board”.

This includes maintaining a “strong military presence in the Indo-Pacific'' as the US competes with the Asian giant to “win the 21st century”. Biden also highlighted his multi-trillion dollar infrastructure initiative called the American Jobs Plan. It focuses heavily on restoring domestic manufacturing and kickstarting economic growth in the face of the pandemic.

The latter initiative is to rival China’s grand plans as Beijing ramps up its own economic engine. A senior aid of the Biden administration revealed that the President’s policy towards China will be a mix of his predecessor’s and that of Barak Obama, for whom the White House’s current occupant served as Vice President. His rhetoric and policy thus far appears to support that notion.

While this hybrid does offer some respite to equity markets that remain in a precarious position thanks to the pandemic, the increased hostility from China is a risk investors are still pricing in. Political volatility in this regard can be difficult to quantify, and its asymmetric impact on markets - especially in the current climate - poses a threat to portfolio performance.

China is at a critical juncture of what appear to be two competing priorities. One goal has been to become a bigger player in the global economy through economic integration by embedding itself as a key node in the supply chain network and opening its multi-billion dollar consumer base to the world.

This objective fell in line with the political-economic zeitgeist of 21st-century globalization. Beijing’s participation in this global model is based on the foundation of a liberal, rules-based system that aims at supporting free trade agreements and opening the valves of capital flows across national borders.

Rivaling this objective are China’s growing political ambitions in Asia, where Beijing’s actions have resulted in international blowback. These include the relatively new national security law in Hong Kong, a more aggressive approach in foreign policy towards India along the LAC in the Himalayan mountains, and military encroachment in Taiwan and the South China Sea.

Consequently, friction with the West has forced China to choose between its two priorities, and given recent actions, it clearly has tilted more towards the latter. This is not to say that it will completely disentangle itself from globalization web. However, a degree of disengagement may give it more freedom to assert a bolder foreign policy stance.

From a market-oriented perspective, this means reshuffling supply chains and disrupting the distribution of key products like semiconductor chips - which are already experiencing a severe shortage. In its latest five-year plan, China prioritized manufacturing these chips domestically as its top national concern.

However, this initiative was also prompted by the Trump administration’s efforts to curb the export of strategic technologies - like chips. This encouraged China to accelerate its turn inward. Looking ahead, political volatility from China’s strained relations with its partners may put a premium on haven-linked FX and a discount on cyclically-sensitive currencies.

How to Hedge Against a US-China Flare-Up

The US Dollar and Japanese Yen may be the top choice for investors if the environment shifts from prioritizing yields to liquidity. The Australian and New Zealand Dollars on the other hand may be hit particularly hard due to their commodity-linked nature and strong ties with China’s economic growth. A model explaining this dynamic in greater detail can be found here.

USD and JPY were the champions during the height of the pandemic in March 2020 amid the panic-induced selloff. While past performance is not indicative of future results, frequent oscillations in sentiment have a tendency to boost demand for these currencies. Commodities like oil and iron ore - which frequently move with AUD - may also face heightened selling pressure.

AUD/USD remains range-bound since December after its spectacular recovery from the March 2020 low. If the pair wants to extend its rise, retesting the February 2018 high at 0.7988 will be critical. AUD/USD briefly flirted with this level in February of this year before bashfully retreating to its familiar range.

However, if the pair summons up the courage to puncture 0.7988, it could open the door to challenge a 4-year swing-high at 0.8125. AUD/USD topped at this level in September 2017, and again retested it in December 2018 before finally capitulating. Reaching these levels again is not inconceivable, though political volatility between China and the US may curb AUD/USD’s enthusiasm.