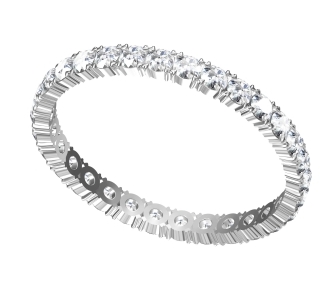 Platinum Price - Hint of a Reversal?

Conflicting signals in the price of platinum make future projections difficult, but a reverse head and shoulders pattern might prove the overriding indication. Here are the levels to watch.

• Platinum prices have traded in a downwards sloping channel since August 2013 and reached channel resistance during January 2014, suggesting further declines. • A recent CCI indicator cross below +100 supports this downside bias.

• However, platinum’s price has rallied recently and is forming a reverse head and shoulders pattern, which indicates a pending reversal, and a bullish pin bar, which hints at buyer strength.

Having collapsed in value versus the U.S. dollar (USD) throughout the first half of 2013, platinum (XPT) regained some strength during July and August. The resurgence did not last long however, and having reached 1,550.0 at the end of August the price of platinum resumed its longer-term downtrend. What can the charts tell us about the future of the valuable metal?

Take a look at the daily chart above. For more than six months, The XPT/USD has traded in a price channel, which means trading between two downward sloping levels of support and resistance. During the last third of January, platinum’s price reached the top trendline, resistance, and dropped during the first week of February, maintaining the channel. However, rather than falling down to the lower trendline, platinum prices found some support around 1,375.0 and, for an entire week, traded back upwards towards resistance. If the longer-term channel is still valid, platinum should fall to support around 1,300.0 before it hits 1,450.0, and a couple of factors support this bias.

First, platinum's price is currently below its 200-day moving average. Traders watch the 200-day moving average as an indication of the longer-term trend, and it can also act as support and resistance. The price of platinum looks as if it will reach the moving average today or tomorrow and, if it holds as resistance, the prices are likely fall. A key level to watch will be 1,400.0. Round numbers can often cause the price of an asset to reverse, simply based on traders' psychology. If the price of platinum does not reverse, and instead breaks through this level, this will strengthen the suggestion of a decline.

Another sign that platinum prices are likely to trade downwards is the commodity channel index (CCI) indicator. The CCI indicator measures the statistical variation in the price of an asset from its average over a set number of periods, traditionally 14. The indicator then displays this average as a line that oscillates between two levels, +100 and -100. When the line is above +100, this suggests the asset might be overbought, and when it is below -100, this suggests it might be oversold. Traders generally look to enter long when the CCI crosses above or below the oversold and overbought levels respectively. The CCI on the daily platinum price chart crossed below its overbought level at the beginning of this week, hinting that there might be a further decline in the precious metal versus the US dollar. Look for an initial decline towards the 1,358.0-1,362.0 region and, beyond that, towards the aforementioned 1,300.0 level.

Having said this, there are also a couple of factors that suggest the recent price rise might be more than just a short term rally. The first is a reverse head and shoulder pattern. A reverse head and shoulder pattern can indicate that a downtrend is losing momentum and might be about to reverse to the upside. The pattern completes when price crosses above the neckline, which in this instance is at the 1,475.0 level. If this happens, expect a rise in platinum prices to a level that matches the gap between the neckline and bottom of the pattern (the head), at early 2013 highs around 1,625.0.

A more short term signal that the price of platinum may continue to rise is the bullish pin bar (highlighted) that formed during yesterday's session. A bullish pin bar forms when price opens and closes a session at a similar price, but trades up or down in-between, forming a "wick" or a "tail" on the candlestick. Traders trade bullish pin bars on the assumption that the buying strength that drove price back towards its session open price will cause a further price rise. Yesterday's pin bar might be the technical catalyst behind a break above the 200 day moving average, and in turn, a move towards the neckline of the head and shoulder pattern.