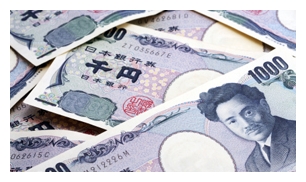 Australian Dollar / Japanese Yen (AUD/JPY) has been holding a 150-pip range for quite some time now. In this article, we are going to share a couple of trade ideas for the pair that will be valid until the end of this week.

The pair halted upward movement around 92.67 and resumed a limited correction that ended near 91.13. Both 92.67 and 91.13 are two important resistance and support levels, respectively, as demonstrated in the chart below.

We should avoid trading until AUD/JPY breaks this range and moves on either side. Based on technical analysis, the following are two trade ideas for the current week:

• Buy the pair if a daily candle closes above 92.67, stop loss should be placed at the swing low of the daily candle and take profit can be around 94.00

• Sell the pair if a daily candle closes below 91.13, stop loss should be placed at the swing high of the daily candle and take profit can be around 89.60

There are a few high-risk fundamental events due out this week that might trigger huge volatility in the price of Australian Dollar / Japanese Yen (AUD/JPY). On Monday, Japan’s growth data missed expectations. The Asian nation grew at 0.3% in the fourth quarter as compared to 0.5% growth in the third quarter, analysts had predicted 0.7% growth rate in the fourth quarter; this downbeat growth data should have bullish impact on the price of AUD/JPY throughout the ongoing week.

AUD/JPY is considered to have a positive correlation with the US Dollar / Japanese Yen (USD/JPY), thus economic reports about the US economy will affect AUD/JPY considerably. On Wednesday, the US central bank will release minutes from Federal Open Market Committee (FOMC) meeting, which was held in January. The Federal Reserve announced a reduction in monthly asset purchase program by $10 billion to $65 billion after the January meeting. Hawkish stance about future monetary policy stance could spur bullish momentum in the US Dollar / Japanese Yen (USD/JPY) that should consequently accelerate the upward price movement in Australian Dollar / Japanese Yen (AUD/JPY).

On Thursday, Japan’s ministry of finance will release trade balance data for the month of January. Analysts have predicted a trade deficit worth 2,489 JPY during the first month of the current year. If the amount of deficit exceeds the forecast, it will be bearish for the Japanese Yen (JPY) and vice versa. Bearish sentiment in JPY will stimulate bullish momentum in the price of AUD/JPY. On the same day, the US bureau of labor statistics is scheduled to release Consumer Price Index (CPI) reports for the month of January. Analysts have predicted no change in CPI compared with 1.5% reading in the same period of 2013. However, according to the median projection of different analysts, CPI excluding Food & Energy should tick down to 1.6% compared with a 1.7% reading during the same period of the previous year. Better than expected CPI outcomes will be bullish for both USD/JPY and AUD/JPY. On Friday, the Bank of Japan (BoJ) will release minutes from its monetary policy meeting.