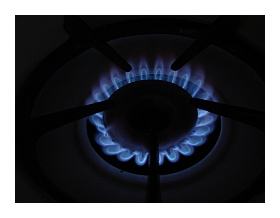 The price of natural gas futures for March delivery hit as high as $5.38 per Million British Thermal Units (MBTU) last week after a surprise fall in its storage. Now investors are curiously eyeing the next storage report, due out Thursday February 20th. Meanwhile, crude oil futures remained broadly unchanged at the end of last week after an unexpected rise in US oil inventories.

The price of natural gas futures rallied more than 40 cents to $5.23 on Thursday following a report by the Energy Information Administration (EIA) that revealed an unexpected drop in US gas reserves by 237 billion cubic feet for the week of February 7th. The market was expecting a decline by only 234 billion cubic feet.

The EIA releases its natural gas storage report every week. The report shows the weekly change in underground storage facilities at both the regional and national levels. The weekly change consequently indicates the total injection or total withdrawal during a specific week. Generally speaking, a negative reading is seen as bearish for the price of natural gas and a positive reading is considered as bullish for natural gas prices. The next EIA gas storage report, for the week ending on the 14th February, is scheduled for release on Thursday at 15:30 GMT.

The winter season is about to end and it appears that the price of gas has seen the peak level of the current season. Therefore, selling is probably the best option as per a technical and fundamental outlook. If the EIA report on Thursday shows a further slump in natural gas storage, the price will tend to increase and that would be an ideal opportunity to sell gas at a higher price level with a stop loss placed around 5.73, which is the high of bearish pin bar on the daily timeframe.

Conversely, if the report shows an increase in gas storage, then you should open a sell position straight away without waiting for rallies; the stop loss must be the same, i.e. 5.73. Meanwhile, West Intermediate Texas (WTI) or light sweet crude oil futures for March delivery remained broadly unchanged after the EIA report for the week of February 7th, showing a surprise increase in crude oil inventories for that week. US Crude oil inventories rose by 2.67 million barrels during the first week of the current month, according to the report. The market was expecting an increase by 2.500 million barrels; hence the report beat the expectations.

Like with natural gas reports, the EIA releases its petroleum status report on a weekly basis. The report indicates the change in crude oil reserves held by the US, both domestically and abroad, over a specific week. Generally speaking, an increase in US crude oil inventories is seen as bearish for crude oil price and vice versa. The next EIA crude oil inventories report, for the week ending on the 14th of February, is due out on Thursday, February 20th, at 16:00 GMT.