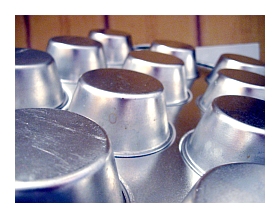 Spot silver ended the week at $20.00 a troy ounce, settling higher by 4.8 percent for the week, after testing 9 session highs earlier in the week. Silver prices opened last Monday’s session slightly higher at $19.15 a troy ounce, before extending its gains to close all five sessions of the week in the positive, last seen in October of last year. Prices continued to remain between $19.00- 20.50 during the week, oscillating in this range for eleven consecutive weeks.

Futures of silver for March delivery on the Comex division of the Chicago Mercantile Exchange closed at $19.936 per troy ounce, higher by 4.27 percent for the week. Silver has a negative basis of 0.064 cents a troy ounce, compared to negative 0.03 cents a week earlier. The weekly CFTC data on Friday showed open interest on silver futures increasing by about 5000 contracts to settle at 149,163 as of February 4th. The net open positions in terms of long and short positions were more or less evenly held by commercials and non- commercials, with commercials slightly tilted towards the short side of the metal and large speculators slightly bullish on the precious metal.

Spot Silver ended Tuesday’s session at $20.21, up by 0.80 percent for the session and closing the seventh successive session with gains. The precious metal continued its bull run after closing above crucial medium term breakouts at $19.80 a troy ounce last Friday; trend lines connecting the highs of August and October last year. Over the next few sessions, the gains are likely to extend to $20.50- 20.60; top end of the near term bullish channel with trend lines joining the highs of December last year and January this year.

However, only a close above $20.60 will signal a near term rally and spot silver could target $23.50- 24.00 a troy ounce; long term breakouts, with trend lines connecting the highs of April 2011 with the highs November 2012. The medium to long term view for the precious metal remains bearish and a close below $18.90 would confirm the bearish breakout, with medium term targets placed at $12.00- 12.50 a troy ounce, last seen in April 2009. Only if spot silver closes above $24.00, the bearish view stands negated.