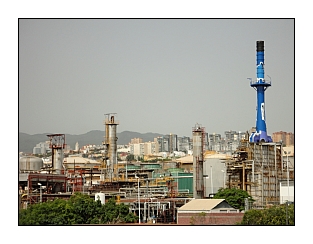 • Yellen says recovery in labor market is far from complete

Natural gas and crude oil futures rose on Tuesday as financial markets took Janet Yellen’s remarks about the labor market as dovish and consequently, the US Dollar (USD) slid.

At the moment of writing, natural gas futures are traded near $4.755 per Million British Thermal Units (MBTU) on the Comex division of the New York Mercantile Exchange. Immediate support can be seen around $4.41, which is the 55 Daily Moving Average (DMA) and then $4.28,the channel support and the 61.8% fib level as illustrated in the following chart below. A break and daily close below channel support will accelerate the bearish momentum, hence exposing $3.90 i.e. the 200 DMA.

On upside, resistance can be noted at $4.83, the 38.2% fib level, ahead of channel resistance, currently around $5.00. Bias for natural gas will remain bullish as far as price is above $3.95, the swing low of previous wave. West Texas Intermediate (WTI) or Light Sweet Crude Oil futures are being traded at $100.02 per barrel on Comex during the US evening session. Immediate support may be seen near $99.50, i.e. the 200 DMA, ahead of channel support, currently at 97.55, but it will keep moving upward with each new daily candle. A break and daily close below channel support shall strengthen the bearish trend, thus targeting $96.17, the convergence of the 23.6% fib level and the 55 DMA, as shown in the chart below.

On upside, the first hurdle may be noted near channel resistance, currently around $100.80, ahead of $101.71 which is a very crucial 50% fib level. Bias is bearish as far as $100.73 resistance remains intact, which is the swing high of the previous wave. A break above $100.73 will result in a Higher High (HH), hence changing bias to bullish. The Federal Reserve's new chairwoman Janet Yellen announced that she intends to carry on her predecessor’s policy of gradually scaling back monthly stimulus. Yellen’s remarks triggered huge volatility in financial markets as US stocks inched up, the US dollar slid down and commodities rallied.

Only a “significant change in economic outlook”, proclaimed Yellen, could prompt the Federal Open Market Committee (FOMC) to slow the current pace of tapering in its monthly asset purchase program worth $65 billion. Although recovery in the labor market is not very impressive, growth picked up considerably, Yellen said. Financial markets took these remarks as dovish because the pace of tapering is linked to recovery in the labor market. Yellen's remarks came days after a Labor Department report showed that the US economy could create far less jobs in January than expected. However, the unemployment rate fell to 6.6% last month, very close to the Fed's 6.5% threshold, after which a policy shift might be expected. FOMC members will meet on March 18-19, where they will analyze both January and February job data before voting on the pace of the asset purchase program.