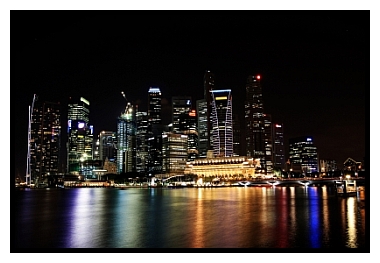 USD/SGD faced rejection from channel support at 1.2658 on Friday after mixed US employment data. The USD/SGD pair is likely to resume a downtrend after hitting the channel resistance (which is currently near 1.2740) as per technical analysis.

The Singapore dollar is being traded around 1.2691 at 10:08 GMT in London. Immediate resistance can be noted at 1.2711, the 23.6% fib level, ahead of channel resistance which is currently around 1.2740. A break and daily close above channel resistance shall expose 1.2786, which is the swing high of the previous wave. USD/SGD Bias is bearish as far as price remains below 1.2786.

On the downside, support can be noted around channel which is currently around 1.2661, a break and daily close below channel support will result in downside breakout, hence accelerating the bearish momentum. 1.2640-45 is also significant in the short term because it is a confluence of the 55 Daily Moving Average (DMA) and the 38.2% fib level. Below 1.2640, another major support can be noted near the 1.2580-1.2600 handle, which is also a confluence of the 50% fib level, the 200 DMA and the psychological level.

The Commodity Channel Index (CCI) is retreating through extreme oversold territory on the daily chart. The current reading is above oversold zone tough, this shows that a short term correction phase is in action right now. The Relative Strength Index (RSI) is neutral on the daily timeframe.

Significant negative divergence, however, may be noted with MACD on a four-hour timeframe, as shown in the above chart. So technically, we have a pretty good chance of a downside breakout through a rising wedge formation; but the USD/SGD price may take some correction to hit channel resistance before resuming the downtrend.

On Friday, a report by the US labor department revealed that the economy could create only 113,000 new jobs during last month, far less than average forecast of different analysts which was 180K-185K. Bad weather was once again blamed for the second consecutive slump in non-farm payrolls. The unemployment rate, however, fell to 6.6%, a new five-year record low level and very close to the Fed’s 6.5% threshold. It is pertinent that we witnessed similar labor market data in December when the non-farm payrolls reading was unusually low but the jobless rate topped expectations; the result was tapering in QE by $10 billion in January.

It is to be noted that the Singapore Dollar (SGD) is one of the least affected currencies in the emerging-markets turmoil because the country’s economic situation is far better than other emerging nations. We have seen 0.8% depreciation in the Singapore Dollar against the greenback since the beginning of 2014. More depreciation is likely amid US growth optimism and the Fed’s monetary policy outlook. However, overall the SGD should perform much better than currencies of emerging economies such as Indonesia, India, South Africa, Turkey and Mexico.