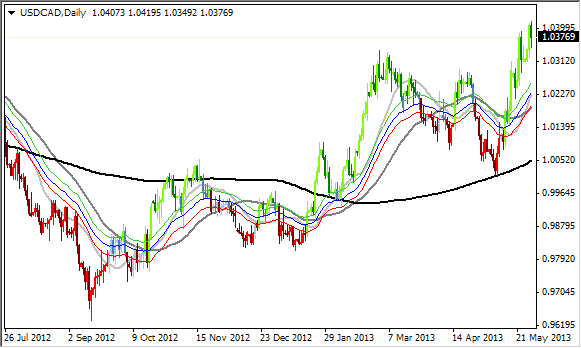 Swing Buy Setting up in USD/CAD

With the Bank of Canada on hold and the Canadian dollar holding steady, US dollar strength looks to be bringing about an uptrend and possible long-entry opportunity in USDCAD.

The daily chart of USDCAD is showing signs—and mainly on the recent US dollar (USD) strength—of transitioning into an uptrend. The steepening angle of the daily chart’s price movement would increase the chances that traders would buy into a pullback, and with the Bank of Canada (BoC) on hold, there’s likely more focus on what exactly the Bank’s timetable will be for when Mark Carney leaves to take over as Governor of the Bank of England (BOE). The BoC, under Carney, remains the world’s only hawkish central bank.

With a slower rate of inflation and a pickup in Canadian economic growth, there was no need for fireworks from Carney. It’s difficult to think about longer-term Canadian dollar (CAD) shorts into next year since the BoC reiterated that the Canadian economy won’t reach “full capacity” until mid-2015.

Nonetheless, I am more skeptical about the hawkishness in a post-Carney BoC era. It’s also difficult to bet against the greenback despite the near-term 84.50 ceiling in the US dollar index and the volatility we’re seeing in the area between 83.50 and 84.50.

The hawkish story is well-baked into the cake, and the rate-hike carrot that has been dangling in front of loonie bulls may not seem so imminent after Carney’s departure.

When considering who is stepping in to replace Carney, that’s when the story takes an interesting twist. Stephen Poloz ran Canada’s export-financing agency, and considering that Canada’s GDP relies heavily on exports (crude oil, among other things), a stronger loonie does the nation’s economy no favors.

The fact that Canadian households carry an enormous amount of debt (including mortgage, credit card debt, and home equity loans) is not lost on Poloz, either.

If signs point to any conclusion, it’s that the BoC will not act anytime soon. There’s simply no need to, and as a result, this shifts the burden of higher USDCAD highs onto the US dollar since there is very little reason for the loonie itself to lose or gain ground.

On the periphery, crude oil continues to chop sideways with little interest in a rally through $97.00-$99.00 and near-term support just above $92.00. This is basically a non-factor for the loonie for now.

Intraday, the 240-minute chart is ripe for a swing buy for traders looking to follow the (fresh) daily uptrend and buy into a slight, longer-term, intraday pullback. 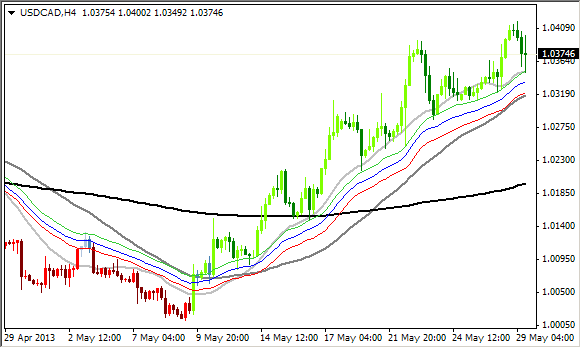