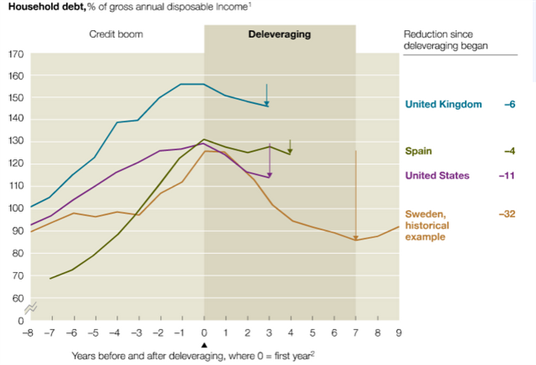 The effects of so-called “currency wars” and other central bank actions are small compared to the long-term impact made by these five catalysts, which include credit cycles, trade balance, economic growth, and more.

For us, there are five leading factors that are connected with some subsequent indicators. The leading factors are credit, or Joseph cycles; current account balances; the financial position of the concerned country; weaker or stronger risk aversion; and the perpetual fact that with time, the difference between richer and poorer countries must become smaller. The subsequent factors are things like interest rates, (reverse) carry trades, the importance of oil prices, and the scarcity of resources.

Credit, or Joseph Cycles, are boom and bust phases, especially in real estate. During a boom cycle, higher property values cause consumers to feel wealthier and willing to spend more. This leads to increasing local production, especially when the country is a relatively closed economy like in the U.S. or Japan. In order to take profit on rising consumer spending, funds and investments are directed to this country (deemed the “asset market model”), so stock prices rise. With time, unemployment goes down, wages rise, and inflation results.

In the longer term, this triggers central banks to increase interest rates. If a central bank does not hike rates enough, inflation can persist and the currency depreciates due to negative real rates and funds leave the country again. On the other side, high interest rates prevent local firms from obtaining finance investments at a sufficiently low price.

Credit cycles typically consist of seven years of boom and seven years of bust (or deleveraging), as shown in the below graph. They obtained the name "Joseph cycle" from the biblical prophet Joseph, who speaks of seven good and seven bad years. The graphic shows that the U.S. has another 3-4 years of “bust” cycle remaining, while the U.K. and Spain may have 5 years remaining in the bust/deleveraging phase of the credit cycle. (Read more about credit/Joseph cycles on SNBCHF.com.)

Even if central banks are supposed to stop excessive booms via higher interest rates, recent credit cycles were actually caused by central banks. Joseph/credit cycles are typically caused by ordinaryinvestors' rational expectations about future movements of investments, wages, and inflation. Real estate prices are the main triggers of rational expectations since inflation came down in the 1990s, while wage and inflation expectations were most important in the 1970s and 1980s.

Usually, exporters prefer to repatriate foreign profits, caused by a home bias connected with natural risk aversion against the holding of foreign currencies. While local goods are paid for with foreign currency, the latter shows a higher supply and must depreciate. Some countries, like Germany, Switzerland, China, and Japan, showed consistent current account surpluses thanks to high savings ratesand advantages in productivity. Saving typically happens in the local currency and causes higher amounts of the local currency to persist, while monies of countries with lower savings rates are spent and disappear.

Over the very long term, currencies of countries with current account surpluses must appreciate, while currencies in countries like the U.S. or U.K., which have deficits and low savings rates, must fall. High inflation and a weak current account means that money is not saved in the local currency, but instead in a foreign one with lower inflation.

Sometimes it makes sense for exporters to reinvest profits in a boom phase of a foreign credit cycle. In this case, profits remain invested abroad, and the capital account of thebalance of payments shows high capital outflows and leads to a so-called carry trade, often intensified with margin debt taken in the currency of the surplus country. Between 2002 and 2007, this led to a bust cycle (or at least weak growth) of surplus countries like Japan, Germany, and Switzerland, and the use of the yen and the Swiss franc as funding currencies for carry trades.

Similarly, a bust of a foreign credit cycle leads to a reverse carry trade, where the capital account of the surplus country shows big inflows.

From the end of the 1960s and with the floating exchange rates, deficit countries paid higher interest rates. This "original" form of carry trade helped to counter the "repatriation of profits effect" and limited volatility of exchange rates. On the other hand, it weakens the financial position of the deficit state (see next point), especially if the interest paid is higher than inflation.

Guest Commentary: Long-Term Chart of USDJPY and USDDEM Since 1957

A main driver of the weak U.S. current account is rising oil prices, which make up a major part of U.S. imports, while other countries like Switzerland, Germany, Japan, and recently, China, are all able to profit from shorter commuter distances and/or better infrastructure. Other countries with longer commute distances, like Canada, Russia, Australia, and Brazil, already produce enough oil or other commodities that can help compensate for rising costs of imported oil.

Many less-developed countries, and also euro-area countries like Greece and Spain (but not Italy) do not have enough local capital to boost investments. As a result, they need foreign funds. The foreign capital (often called "hot money") leaves these countries far more quickly, which exacerbates risk aversion.

Until 1950, the United States, and to a lesser degree, the UK, had big capital bases.

Inflation-adjusted growth in these countries was higher, and especially, inflation was lower. American capital flooded into them when the exchange rates were allowed to float with the end of the Bretton Woods system. During this period, central banks feared interventions in currency markets because buying foreign monies could be done only with higher money supply, which again fueled local inflation. Monetary policy with small yearly increases of money supply dominated central banks.

During the first phase of the post-Bretton Woods period, the Swiss franc appreciated by 40% and the German mark by 30% against the US dollar. The appreciation stopped when Fed Chairman Paul Volcker increased U.S. interest rates in 1982. In response to that rate increase, the dollar again became interesting as an investment currency.

Emerging markets, especially in Latin America, were not able to achieve consistent current account surpluses in the 1970s because their exports were mostly based on commodities. Volcker beat inflation in 1982 with high interest rates in the U.S. That crowded out investments in emerging markets during the 1980s. It led to an era of low global growth between 1981 and 1994, alost decade in Latin America, but stronger development in the U.S.

Japan, however, improved productivity and was able to increase capital, international investment position, and reserves, largely in the form of U.S. Treasuries. The bust of the Japanese bubble led to some more years of slower growth in Asia and other emerging markets and to strong years in the United States, which culminated in the dot-com bubble in the year 2000.

After the crisis of 1997-1998, state-led economies in China and other Asian countries decided to increase their reserves and their local capital bases via current account surpluses, and to limit wage increases so as not to repeat the same errors as Latin Americans during the 1970s. Until 2011, the Chinese were in a capital accumulation phase, which should be followed (one day) by a phase of stronger consumer spending. 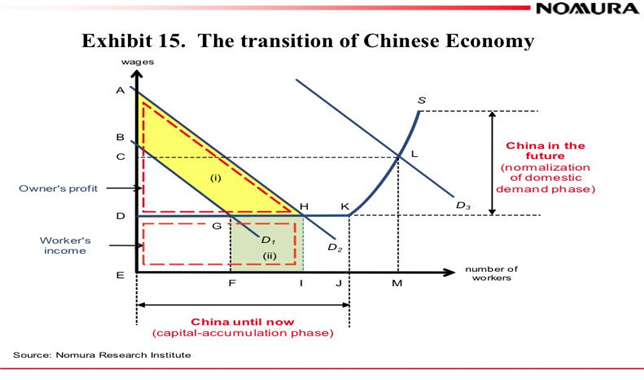 The United States remains, despite its weak current account, the country with the strongest availability of funds.

The United States not only possesses the largest amount of capital, but contributes a large part to world consumption. High inflation and high oil prices hamper American consumption. By the tradition that caused oil price shocks in the 1970s, markets are strongly driven by the U.S. consumer and U.S. investment houses, and so are trading algorithms. A strong U.S. economy helps against risk aversion, while strong Chinese or emerging market growth often increases oil prices, inflation, and market volatility.

Global growth expectations for 2013 are far lower than previously expected, but thanks to U.S. improvements, markets shrugged this off, while the strong global growth in 2010 and 2011 led to a collapse in markets in August 2011.

5) The Perpetual Alignment of Rich and Poor Countries

Thanks to modern communication, work can be outsourced far more easily than during the "false rise of emerging markets" in the 1970s, even despite increasing oil and transport costs. Therefore, the gap between rich and poor countries must become smaller, while corruption or political insecurities may delay this development.

Between 1950 and 1980, Europe managed to close the wealth gap with the U.S, while since 1998, the gap between developed and emerging markets has decreased, with the consequence that oil and commodities have become a scarce resource and an issue for growth.

Smaller differences between rich and poor nations do not mean that exchange rates of emerging nations must always appreciate. On the contrary, countries with current account deficits, rising wages, and high inflation must depreciate with time. One bad example is the continuing depreciation of the Indian rupee, while the Chinese renmimbi has appreciated against the euro since 1996, despite rising Chinese inflation and rising salaries.

Guest Commentary: Narrowing the Gap Between Emerging and Established Nations

Most recently, countries like Sweden, Norway, Finland, Germany, and Switzerland show that human capital has become another important factor in the competition among developed countries and their currencies—maybe a prime factor for decades to come.

More Tomorrow (Thurs., Feb. 14): Read Part 2 of this article, which uses these 5 factors to explain ongoing price action in the Japanese yen.