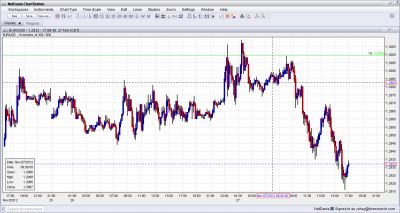 Buy high and sell much higher, or sell low and cover much lower. Such phrases are the bread and butter of breakout traders. However, this can end in a false break too often.

A false break is quite frustrating for traders that are stalking a breakout. They enter the trade in the direction of the breakout only to see the pair return back to the range, burning their money.It doesn't have to be that way. A false breakout can be an excellent trading opportunity, if you have the patience.

A false break is a small move that could be followed by bigger moves:

How can you determine where the pair will move next? This depends a lot on what's going on in the markets. In the first case, the move is justified, but only ran into stops. In the second case, it was a false alarm.

Example: EUR/USD broke above 1.30 on news that the Eurogroup reached an agreement on Greece. However, this was a half-baked decision with many details awaiting discussion. So, after an unconvincing move above 1.30, the pair dropped below this line and later continued down in a rather one-sided move down to 1.2924.

Where would the Stop Loss / Take Profit points be?

In case of a second, real breakout, enter the trade at 15% out of the range after a false break, place the stop loss point 15% into the range and the take profit at 85% above the range.

These are only examples and not trade recommendations.

What do you think? Do you trade false breaks?