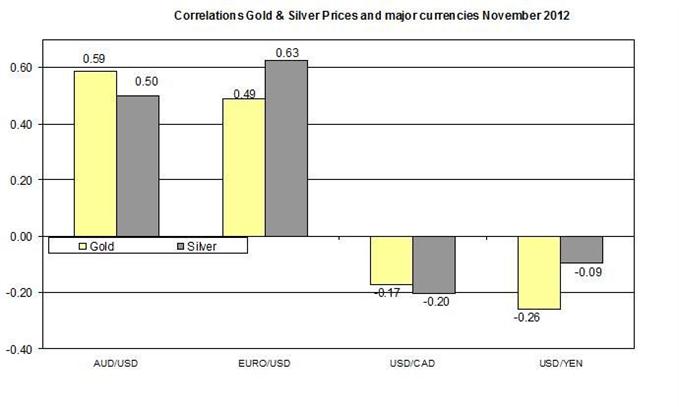 The prices of gold and silver remained nearly unchanged in the Asian markets. Today is Black Friday in the U.S so even though the markets in the U.S will be open; the low volatility is likely to continue today. The recent HSBC manufacturing PMI report regarding China (flash report) showed that China's manufacturing PMI rose to a 13 month high as the index reached 50.4 in November. This news suggests the manufacturing sectors in China have expanded during the month. This news could have some positive lingering effects on commodities prices during the last day of the week. Conversely, EU and German PMI remained below the 50 point mark, even though Germany's PMI edged up during November. On today's agenda: German Business Climate Survey, Canada's CPI, and second day of European Economic Summit Meeting.

European Economic Summit Meeting (second day meeting): This will be the second day for this European Council Meeting; in this meeting the EU ministers of finance will talk about the recent monetary developments in Europe; this could include Greece's debt problems, Spain's current economic climate and other economic issues. In the meantime the EU and IMF continue to clash in regards to the way best approach the Greek debt crisis.

Canada's CPI: According to the Canadian CPI report for September 2012, the CPI rose by 0.2% during the month – this is a slightly lower rate than in August. This report might affect the Canadian dollar, which is also strongly correlated with commodities rates;

The Euro/ USD increased again on Thursday by 0.44% to 1.2886. As seen in the chart below, the correlations among precious metals, Euro and Aussie are still mid-string and robust: during the month, the linear correlation between silver and Euro /USD reached 0.63 (daily percent changes). Thus, if the Euro and other risk currencies will continue to rise against the USD, they are likely to pull up affect gold and silver.

The prices of gold and silver didn't do much in recent days and only slightly rose during the week. The recent rise of the Euro may have contributed to the recent rally of precious metals prices. Moreover, the recent positive news regarding the growth in China's manufacturing sector may have also helped pressure up commodities prices. The low volatility in the precious metals is likely to continue today as its Black Friday in the U.S. This could suggest the direction of gold and silver will follow the path of Euro and other risk currencies. If there will be some positive news from Europe regarding the recent EU Economic Summit, this could also pull up not only the Euro but also gold and silver prices.

For further reading: Gold and Silver Outlook for November

By: Lior Cohen, M.A. in Economics, Commodities Analyst and Blogger at TradingNRG