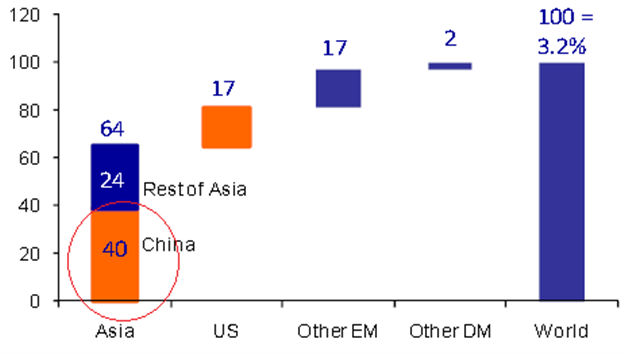 The most famous investors Marc Faber and Jim Rogers were in a common interview on CNBC. Marc Faber is of our position, whereas Jim Rogers is still bullish on commodities.

We have recently issued an economic theory page, where we suggest that the era is finished in which commodities and cheap labor were the production factors that helped to sustain global growth.

The main part of this growth was based on construction and more consumption thanks to higher real estate wealth. Now investors have become sensitive to overvalued home prices, finally also in the emerging markets and in Europe.

We think that future production factors that make a considerable difference for competitiveness are human capital, infrastructure, low debt and low taxes. This implies that for certain countries, like Switzerland or Singapore, the Forex rate does not matter, their currencies will continue to appreciate for the next ten to fifteen years. They are able to outsource the expensive production factor "labor" and to profit of the for them cheap factors "(human) capital" and low debt and tax.

The end of emerging markets growth: the 1998 feeling

We suggest that the world cannot rely on Chinese growth any more. We get this 1998 feeling again when the Asian economies broke down. The Chinese growth after 2005 was based on growth in construction, government spending, cheap labor and consumption by the richer part of the population. Labor is still cheap enough and unfortunately wages have not kept up with GDP growth. Therefore consumption will be limited (see retail sales growth below). 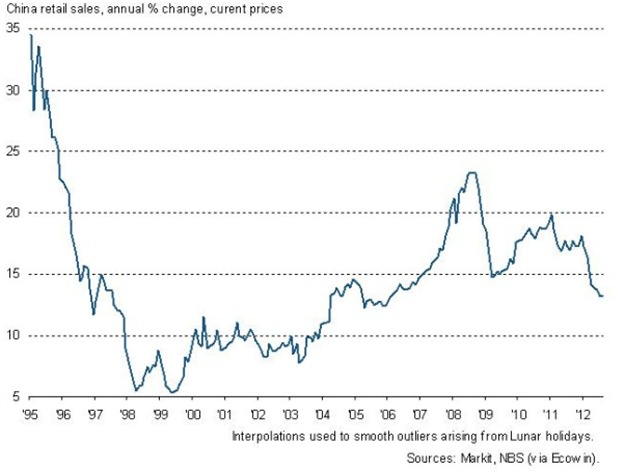 When world investors left the emerging markets in 1997/1998, the United States were able to backstop the crisis. At the time, the US saw nice growth, high interest rates and a beautiful stock market bubble.

The recent capital outflows from Europe and China lifted US house prices, money must go somewhere. Thanks to better consumer sentiments, we think that the US will be able again to backstop a global crisis. However, from the Fiscal Cliff in 2013 on, risks for the global economy are huge.

Wrong point in time to buy gold and silver

We are bullish on USD and JPY in the next three months. Japan takes profit of the capital outflows from Europe and China. This helps to boost Japanese consumption. Moreover, Japan it has a big trade surplus with the United States. In Q1/2012 Japan took advantage of the strong US improvement, the Japanese GDP rose by 1.2% QoQ.

In the mid-term we are bearish on commodities like oil, gold and silver and slightly bearish the euro, the Kiwi, the Aussie and the Swiss franc: All of these are associated with strong growth in the emerging markets and a weak US. We expect the money printing effect, that influenced gold and oil prices, commodity currencies and the euro to be forgotten soon.

Technical indicators speak for a breakdown of silver and gold. See Ashraf Laidi's explanation for a death cross of silver, that might trigger a fall of gold and silver prices by the end of the year.

The IS-LM model shows that the money printers will give the US economy a temporary relieve of three to nine months, but it will not stop the decline in Europe and China. Their Purchasing Manager Indices (PMI) are simply too bad. We might continue to see a small stock market bubble, even if Marc Faber argues that investors have priced already in all money printing.

After some months, we believe in Gordon's dividend growth model (see also our comments in the linked article) that suggest that stock prices must correlate with GDP growth and consequently with PMIs. Stocks will consequently fall.

As opposed to 1998, we will not see a big US growth, the country will still be hampered by an oversupply in housing, too many people are under-water. The Fed and the capital flights from Europe and the emerging markets are able to bail out the stock market, but not the housing market. This one is just far too big, even if the Fed helps with cheap interest rates. 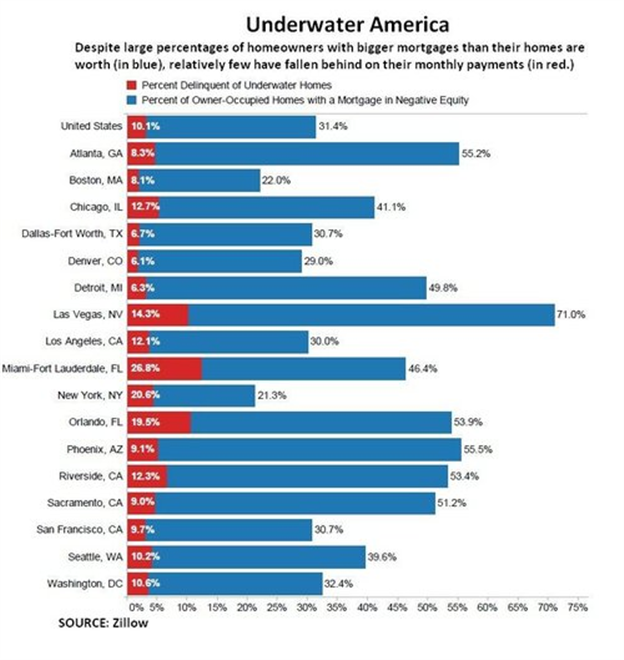 We think that after a small recovery in the US, the global economy will continue to experience a very slow growth; gold and the Swiss franc will rise again. This recovery will finally end when in some years inflation will become high, first in countries like China, Germany and Finland.

Here the interview of Faber and Rogers on CNBC.

Marc Faber is China-bearish. He is on our side and argues against Jim Rogers.